Who Is Going to Win More Games – the Tampa Bay Buccaneers or the New England Patriots? 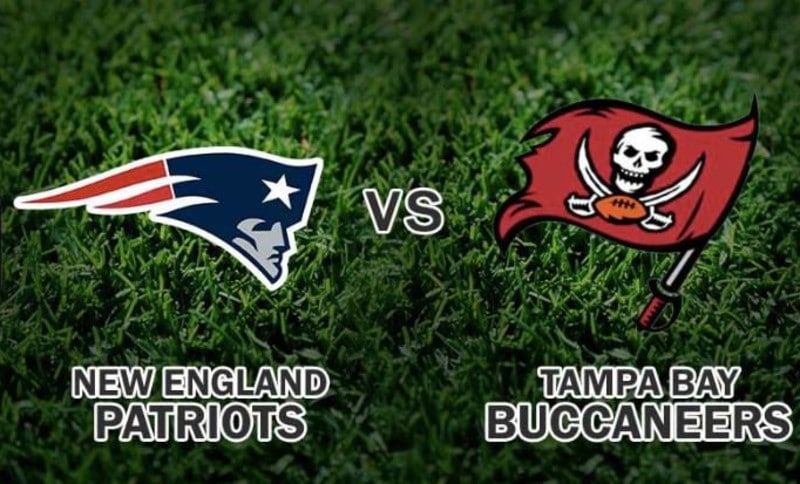 Who Is Going to Win More Games – the Tampa Bay Buccaneers or the New England Patriots?

When the NFL season starts, fans are going to do what they always do—watch their favorite team dominate the competition (hopefully). But supporters of 30 teams will be keeping an eye on two teams, the Tampa Bay Buccaneers and New England Patriots.

Not necessarily either team scares them but because they want to see how the ‘Tom Brady leaving New England and taking his considerable skills to Tampa Bay’ drama plays out. Who is going to win more games, Brady’s new team or his old one?

The oddsmakers at William Hill are offering odds on the answer to that very question:

Apparently, the oddsmakers have more faith in Tom Brady being the key and not the genius mind of Patriots head coach Bill Belichick. Either that or they have no respect for Jarrett Stidham and his potential but have great respect for Bruce Arians.

That is also evident in the win totals they have projected for both:

If you agree with the oddsmakers that the Patriots will not cover the over and the Buccaneers will not, the answer is clear. You will want to take the Buccaneers to win the head-to-head competition despite Tampa Bay giving up a half-game.

Could it really be that easy? Of course not.

Last season everyone seemed ready to stick a pin in Brady and proclaim him done since he couldn’t make the scrubs he was forced to work with look like superstars. But now that he is going to have arguably the most talented group of skill position guys he has ever had, Brady is once again the greatest quarterback on Earth.

This doesn’t take into account that he is going to have almost no running game and a subpar offensive line. Defenses are going to throw the kitchen sink at Brady to stop him. Historically, that has been the one way to stop Brady—if a team can mount the necessary pass rush.

As for New England, Bill Belichick once inserted a little known former sixth-round pick (Brady, of course) into the starter’s role in the third game of his sophomore season. Under Belichick’s guidance, Brady went on to lead the Patriots to one of the biggest Super Bowl upsets in history.

The obvious argument to this would be that Stidham is not Brady-esque. But folks only seem to remember Brady as the stud that he has been for most of the last two decades. They forget that he was not that impressive when he first started.

Don’t believe the hype surrounding the projected Patriots downfall. Belichick will figure out how to get it done with the guys he has—much as he has done for the last 20 years. Missing Brady will hurt, but the Patriots are going to be fine. Take the over on their win total.

As for the Bucs, if they can win seven games with the turnover-machine, Jameis Winston, they can win ten with Brady. Take the over for them, too.

As for the head to head, since they will both probably win ten games, the edge goes to the Patriots.