The College Football Playoff National Championship is set for Monday night when the #3 TCU Horned Frogs (13-1) battle the #1 Georgia Bulldogs (14-0). Both teams played in classic semifinal games, but skeptics still don’t believe that TCU is for […]

We split the two college plays last week to move to 20-13 for the season and are now left with the last college football game of the season. The Georgia Bulldogs are favored by 12 and the total on the […]

The college football bowl schedule is set, as each bowl game has made its selections for the final games of the 2022-23 college football season. Here, we look at the list of bowl games that will be taking place, from […] 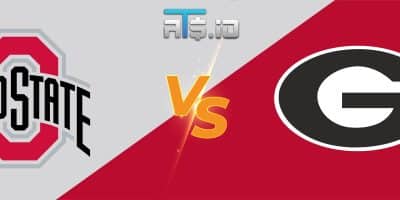 The College Football Playoff will feature a matchup between the top-seeded Georgia Bulldogs and fourth-seeded Ohio State Buckeyes. This Peach Bowl matchup will pit two Heisman Trophy finalists against one another, as C.J. Stroud leads the Buckeyes into battle against […] 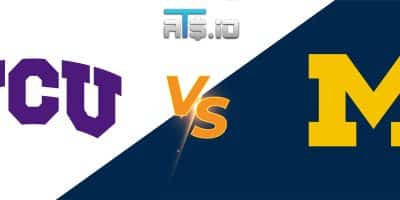 The first semifinal of the College Football Playoffs is set for Saturday afternoon when the #3 TCU Horned Frogs (12-1) battle the Michigan Wolverines (13-0). TCU was the regular season Big 12 champion but lost in the conference championship game. […] 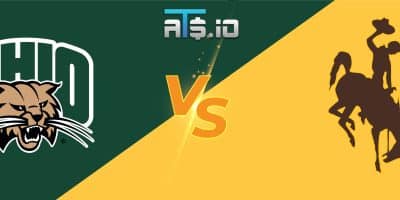 The Arizona Bowl is set for Friday afternoon when the Ohio Bobcats (9-4) play the Wyoming Cowboys (7-5). Ohio is making their 14th bowl game appearance and are 5-8. Wyoming is going to appear in their 18th bowl game and […] 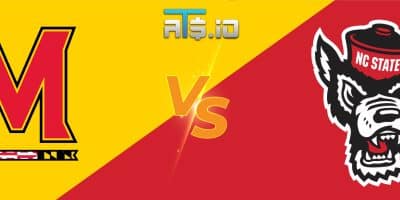 The Duke’s Mayo Bowl is set for Friday afternoon when the Maryland Terrapins (7-5) battle the #23 North Carolina State Wolfpack (8-4). Maryland is making their 29th bowl appearance and have a 12-14-2 record. NC State qualified for their 35th […] 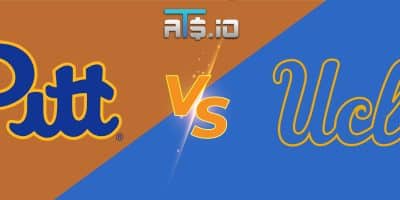 The Tony the Tiger Sun Bowl is set for Friday afternoon when the Pitt Panthers (8-4) play the #18 UCLA Bruins (9-3). Pitt is making their 37th bowl appearance and will look to improve on their 14-22 record. UCLA is […] 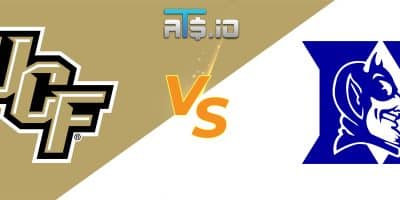 The Military Bowl is set for Wednesday afternoon when the UCF Knights (9-4) battle the Duke Blue Devils (8-4). UCF is making their 14th bowl appearance and currently have a 6-7 record. Duke is making their 15th bowl and are […]

College football betting is extremely popular in the United States. It probably falls third behind the NFL and the NBA in terms of popularity, but don’t tell that to the college football fanatics that live and die with each and every game on the Saturday card.

Teasers and money line wagering are far less popular with college football compared to the NFL because of the higher level of variance in the sport and the larger talent gaps, but those options are still available to you if you wish to use them.

College Football Picks Against The Spread

In the hypothetical Ohio State/Coastal Carolina situation, Ohio State might win that game 52-3. At -48, you would subtract 48 points from their total. If they would still win the game at the updated score, then they “cover the spread”. In this case, at -48, Ohio State would win 4-3. Had the Buckeyes won the game 42-3 instead, Coastal Carolina would win because 3 + 48 is 51 and that is greater than 42.

Some college football spreads can be that high. Other times, you will see something like Alabama -7 vs. LSU. The same concept still applies. If you subtracted seven points from Alabama’s final total (or added seven points to LSU’s total), which team would win the game?

Along with the point spread, sportsbooks add vigorish (also known as “vig” or “juice”) to the spread in order to help balance action and also to create a house edge. The standard for spread betting is -110, but sportsbooks can and will move the juice to -115 or -120 if they want to give bettors something else to think about, but don’t want to adjust the point spread.

Money line betting still takes place in college football, though the large spreads leave fewer opportunities. That being said, it does still happen and bettors will take shots on the big money line underdogs looking for an upset.

A money line is equivalent to a percentage likelihood of that team winning the game. Like a -135 favorite would be around a 57.5% implied probability to win the game. That would be a spread around -3 or -3.5, depending on the vig.

Money lines can have wild variances in price in college football because of the competitive imbalance of some of the teams. In games with reasonable spreads in single digits, you will see similar money lines to the NFL, but because CFB is a little more unpredictable, those money lines will be reflective of that.

Totals, like spreads, have vig attached to them. Once again, the standard vig would be -110, but it can move to -115 or -120 if the sportsbooks feel they need to balance risk a little more and give bettors more to think about.

Many people like to make college football parlays, specifically playing money line favorites together as a way to cut down on the high vig. Parlay tickets require at least two bets on the same ticket. The odds on each individual leg of a parlay ticket are factored into the equation, but you do get a “multiplier” by virtue of having to pick two or more games correctly with the same bet because the degree of difficulty is higher.

Teasers are generally not a good idea in college football because games can be very high-variance in nature. However, if you do want to play them, these are an alternative to parlays. You can play 6, 6.5, 7, and 10-point teasers. With a teaser, the spread or total will be “teased” up or down based on the side that you are playing to give you a more favorable line.

Like parlays, all bets on a teaser must win in order for that ticket to be deemed a winner. If a bet pushes, the house rules will determine whether that teaser is a loser or if it will be taken down to an adjusted number of games.

Think your team will get off to a fast start? Like a team to go for the blowout in the first half and cruise in the second half? Maybe derivative betting is for you. College football is divided into quarters, which gives you the opportunity to bet the spread and total on all four quarters. You can do the same for the 1st and 2nd half as well.

The odds are going to be based on the full-game spread and total and be a smaller amount, but the team favored to win the game is traditionally going to be the favorite for all four quarters and for the first half in pregame betting. Depending how the first half goes, the second half line could be different.

Live betting means betting while the game is going on. There are algorithms and interfaces with all reputable online sportsbooks that allow you to bet adjusted spreads, totals, and money lines as the game is being played. Props are also regularly offered.

You can bet after you see what’s happening in the game or in the box score and many bettors feel like this gives them an advantage. This is a separate area within your favorite sportsbook website or app with odds based on the game play.

Props are not as prominent with college football as they are with other sports, but you can still find over/under odds for quarterback passing yards or running back rushing yards. You can find some Yes/No touchdown props.

Like all bet types, these have vig attached to them and you’ll have to make a call on how much you like the bet to decide if you want to lay the vig or maybe play the other side at more favorable odds.

There are tons of college football betting options each and every week, so you are sure to find something that you want to bet and we’ll continue to help with the process here at ATS.