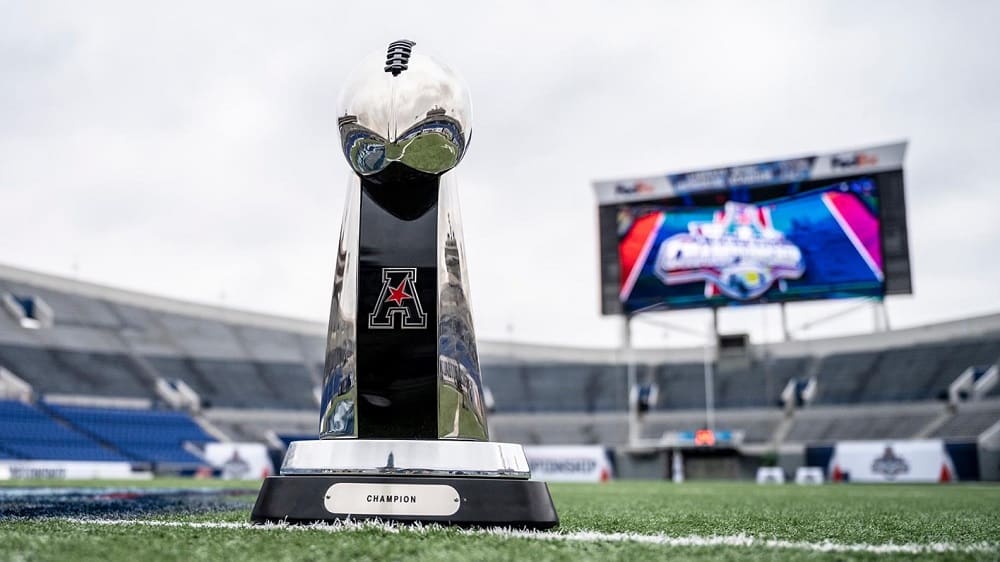 The American Athletic Conference seems to be the most interesting Group of Five league, but it also looks top-heavy once again. Cincinnati and UCF once again look like the class of the conference and the teams that are most likely to be in the national spotlight as teams in the running for a New Year’s Six bowl berth.

What the AAC may lack in parity makes up for how much fun the conference can be to bet on. Defense is optional for a lot of the teams in the AAC and there are some very different styles of play, ranging from the Navy triple-option to the high-octane offensive assault of SMU.

Some people try to stretch it a little bit in college football and refer to the AAC as the “Sixth Power Conference”. That is pretty far from the truth to be honest, as a sixth power conference would need Cincinnati, UCF, and maybe Houston to be grouped with Boise State and Appalachian State and the other upstarts in Conference USA, the Mountain West, or the Sun Belt.

Still, the AAC is a compelling conference each year because it is a great stop for coaches on their way to a major university and a really good landing spot for transfers and four-star recruits that want to stay close to home and be the big men on campus.

As the odds show, however, this is not expected to be a balanced league.

Cincinnati is a HEAVY favorite to win the AAC for the second straight year. The Bearcats were 6-0 in league play last season with a +158 point differential and went 9-1 overall, losing by just three points to Georgia in the Peach Bowl.

Things do look a little different by the Ohio River because defensive coordinator Marcus Freeman, a rapid riser up the coaching ranks, is now the DC in South Bend with Notre Dame. Head coach Luke Fickell went back to his Ohio State roots to get Mike Tressel, Jim’s brother, to be the DC after a four-year stint with Michigan State.

What makes the conference so hard to handicap from a futures standpoint is that league officials took away the divisions. That means that the top two teams in the league will play for the title. UCF, who would have been in the East Division with Cincinnati, is now the clear second favorite.

It was the Tulsa Golden Hurricane, the third choice on the board, that faced off against Cincinnati last season for the AAC title and gave the Bearcats all they could handle in a 27-24 thriller. UC was a two-touchdown favorite in that game.

The hope for bettors of the AAC would be that a team like Memphis or Houston could make a big push. Those two teams would be in the West Division in past seasons and would have shorter prices because somebody would have to emerge to face Cincinnati. Instead, with a free-for-all, their prices are boosted a bit because of the strength of Cincinnati and UCF.

Houston is an interesting team with more direction in Dana Holgorsen’s third year and without the transfer of D’Eriq King looming over the program. Similarly, Memphis has a second-year head coach in Ryan Silverfield. Even SMU, who is kind of a long shot in the league, has a Power Five transfer QB in Tanner Mordecai from Oklahoma to put into June Jones’s explosive offense.

With Gus Malzahn now at UCF, representing an upgrade over Josh Heupel, the Knights certainly have the best chance at facing or dethroning Cincinnati, but other teams have more value.

The AAC is the newest conference in college football. It started back in 2013 as a combination of the Big East and a few individual programs. Five different teams have won the AAC Championship Game in its history, which dates back to 2015. UCF was the outright champion in 2013 by the regular season standings and the distinction was split three ways in 2014 between Memphis, Cincinnati, and UCF.

As a result of that mess, the conference installed a championship game, which is held at the home venue of the higher-seeded team. Houston, Temple, UCF, Memphis, and Cincinnati are the five winners of the AAC Championship Game. Memphis appeared three times in the game from 2017-19, winning the most recent one over Cincinnati.

UCF is the only two-time winner of the game. Cincinnati and Temple are the others to appear twice. There is a certain level of parity to this conference over its history, but the current state of the league looks as though it will be another top-heavy season this year. That’s not to say that it can’t change as teams figure out what they have, but there are clearly tops and bottoms in this league.

It is interesting to handicap the league on a game-by-game basis. Being a defensive coordinator in this league must be enough to want to rip your hair out because there are so many different styles of football. As a result, you can find some good situational spot plays, especially in a conference where big spreads are more common than you would think.