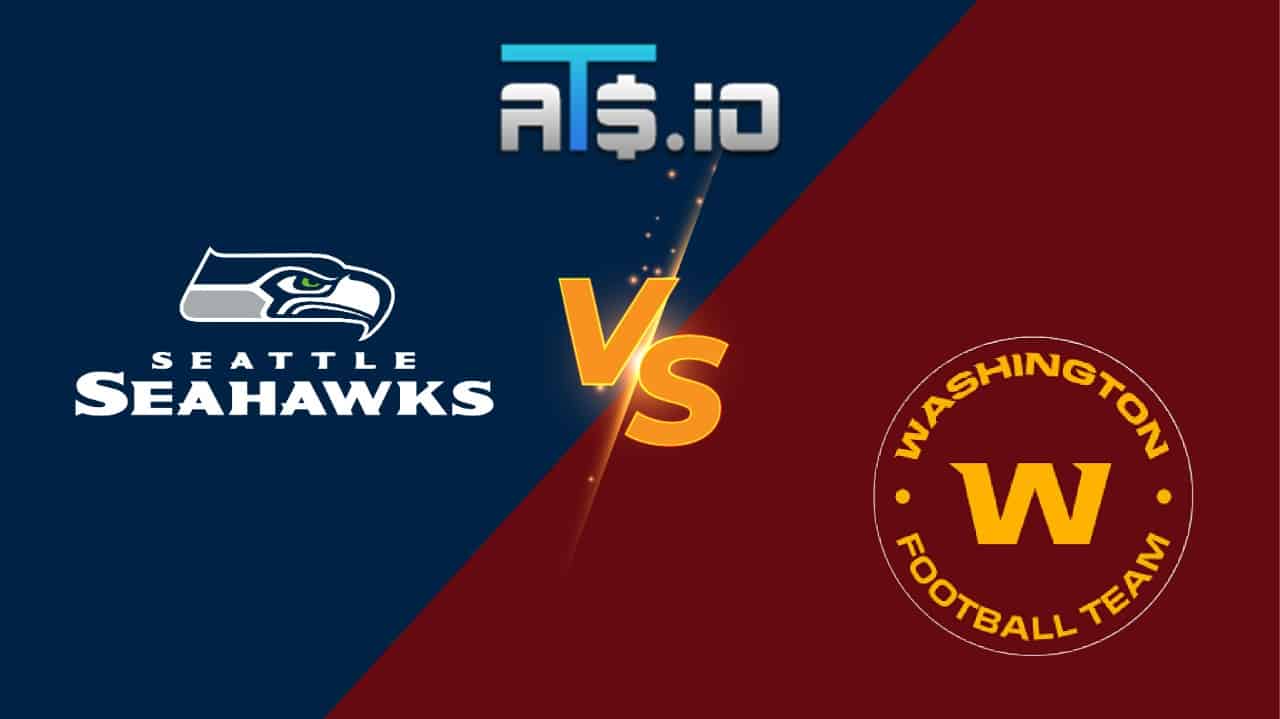 Caesar’s sportsbook continues to pae the competition as the industry leader in promotion offers for new users signing up. This most recent great offer is a match bet of up to $1001. Whether your first bet on Football Team vs Seahawks wins or loses, they will credit you with free bets in the same amount wagered, up to $1001.

There are a handful of attractive props for the Football Team. No team in the NFL allows more yardage per game than the Seahawks. Both Terry McLaurin Over 65.5 yards receiving and Logan Thomas Over 30.5 yards receiving are extremely attractive. Both would very much be in play as the top prop option for the game in a different matchup. With the Seahawks offense completely falling apart, Antonio Gibson Over 67.5 rushing is the top option.

✅ The Football Team had a bye in Week 9, and have had two surprise wins since then. The win at the Panthers was only moderately surprising. The win against the Buccaneers however, was extremely surprising. They have made a commitment in those wins to get Gibson his touches. While he is still not being properly utilized as a pass catcher, there is a silver lining to that coaching misstep. More carries and fewer targets works in favor of the over on a rushing prop.

✅ After seeing more than 14 carries just twice leading into the bye, Gibson had 24 then 19 totes in the last two weeks. The success on the scoreboard seems to have a great degree of correlation. It should be the expectation Ron Rivera sticks with what has worked. Gibson has amassed 26.4% of his rushing yardage on the season in the last two weeks. He is capable and his work on the ground takes pressure off of up and down quarterback Taylor Heinicke.

✅ The Seahawks are the only team in the league to allow over 400 yards per game. They are bottom 10 in both passing yards allowed and rushing yards allowed. Again, the props on McLaurin and Thomas are attractive and probably worth a play. The best bet on this game is the Gibson rushing over.