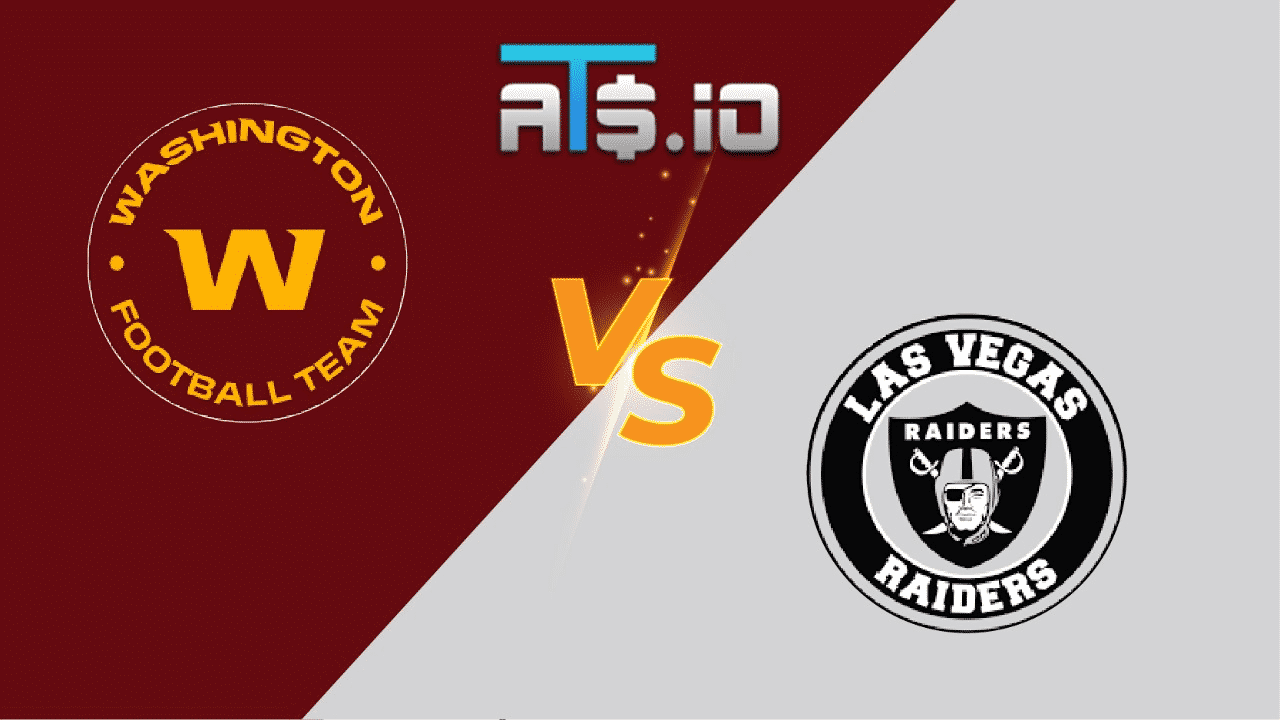 The Washington Football Team and Las Vegas Raiders find themselves in similar positions in their respective playoff races. While both teams are still in contention, they have work to do if they want to claim postseason positions. In this week’s NFL betting predictions, we take a look at this Washington Football Team vs Raiders clash, as both teams have plenty to play for in Week 13.

DraftKings is offering 100/1 odds on a point to be scored this game. Bet $1 on either team to win Football Team vs Raiders and win $100 if either team scores. Click Here Now

DraftKings Sportsbook is offering new players an offer that is hard to overlook when betting on this Washington Football Team vs Raiders matchup. Here, bettors can wager one dollar on either team to come out of this game with a win on Sunday. As long as a point is scored in the game, DraftKings is paying out $100 in free bets, regardless of whether or not the team being bet on wins its game.

Why Bet The Football Team vs Raiders Over:

✅ These are two bottom-10 scoring defenses in the NFL this year, as both teams are allowing over 25 points per game on the season. Washington is tied for the fourth-worst defense in the league in yards per play as well, and both teams should be able to move the ball up and down the field throughout this contest.

✅ Derek Carr should have plenty of time to throw the football in this game, thanks to all of the injuries to the defensive front of the Washington Football Team. Chase Young and Montez Sweat aren’t available for Washington of late, which will give Carr some much-needed time to push the ball down the field to his receivers.

✅ Washington’s offense will benefit from the availability of Antonio Gibson, who had missed some time earlier in the season for the Football Team. His presence creates a more well-rounded Washington offense, which will make it much more difficult for the Raiders to get stops, which they haven’t been great at getting anyway.

The Washington Football Team is coming off of a huge win on Monday Night Football against the Seattle Seahawks to move to 4-6 on the season. Despite the Seahawks’ poor record on the year, the presence of Russell Wilson is always a threat for opposing defenses to overcome. And the Washington defense did manage to overcome that threat, holding the Seahawks to just 15 points in a rare defensive gem for Ron Rivera’s team.

That win over Seattle was the third straight outright win for the Washington Football Team as an underdog. Prior to that game, the Football Team had beaten the Tampa Bay Buccaneers and Carolina Panthers as underdogs, as Washington has at least kept itself in contention in the NFC playoff race with this winning streak.

On Thanksgiving day, the Las Vegas Raiders snapped a three-game losing streak, beating the Dallas Cowboys outright as a touchdown underdog on the road. The Raiders’ offense woke up in that game, moving the ball through the air effectively to pick up a much-needed win to get back above .500 on the season. Now, the Raiders sit one game back of the first place Chiefs in the AFC West standings, and the Raiders can move up with another win against an NFC East opponent this week.

Derek Carr threw for 373 yards and one touchdown against the Cowboys last week, not throwing any interceptions in that overtime victory. This week, another mistake-free performance from Carr would be huge for the Raiders, who will enter this game with an extra few days of rest over their opponents.