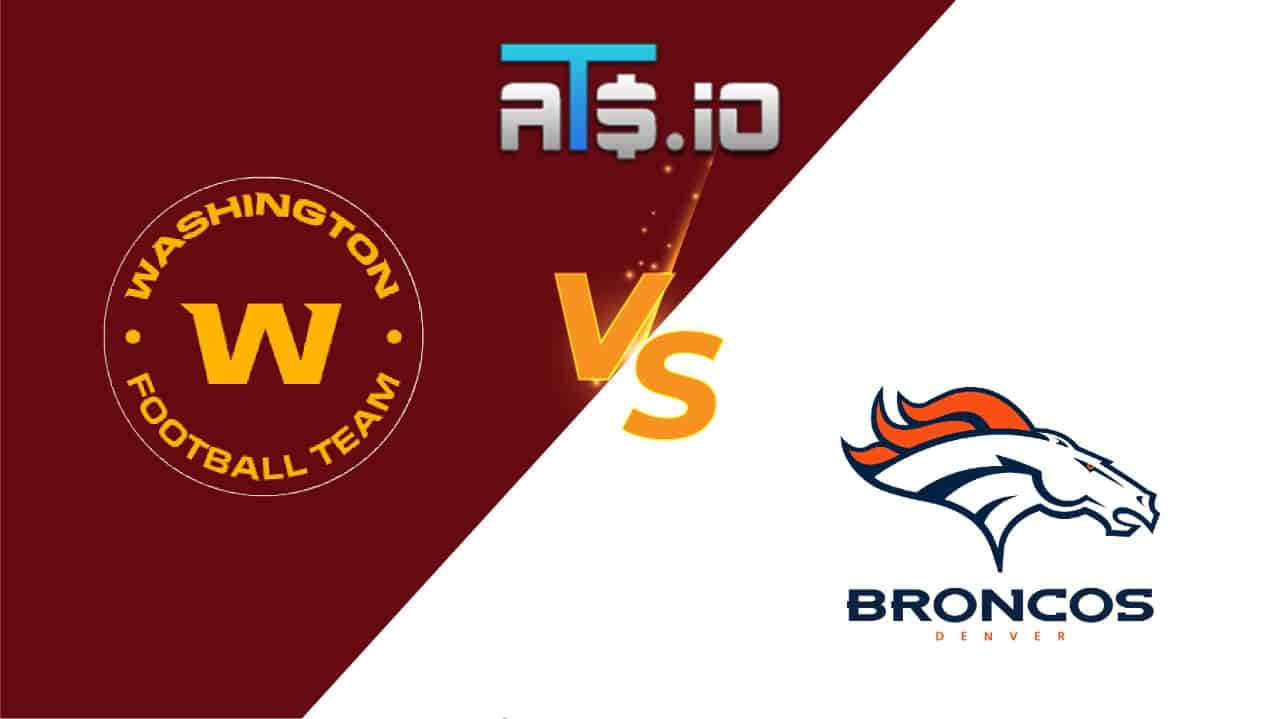 The 2021 NFL season has not gone as well as the Washington Football Team and Denver Broncos would have hoped. But these two teams have a chance to make things right and move closer to where they want to be with a win against one another on Sunday. In this edition of NFL picks, we look at the Washington Football Team vs Broncos matchup and decide which middling team will get a win at Mile High.

DraftKings is offering 40/1 odds on either team to win this game. Bet $5 on Washington Football Team vs Broncos and win $200 if that team wins. Click Here Now

DraftKings Sportsbook is offering new players an intriguing bonus that could pay out better than 40/1 odds. With this offer, players must wager $5 on any team to win this week in the NFL. If that team does win their game outright, DraftKings will pay out a whopping $200 in free bets to go along with the profits made from the bet itself.

Why Bet The Broncos:

✅ Denver is a better defensive team than the Washington Football Team, allowing a half yard less per play than Washington so far this season. At home, with a better defense, the Broncos are the best play to make in this inter-conference contest.

✅ Washington has lost three straight games and is just 1-2 on the road so far this season. Their lone road win came in a high-scoring affair where the Atlanta Falcons gave up the game-winning touchdown on a blown coverage against running back JD McKissic. As long as Denver avoids similar mistakes, they should win and cover at home here.

✅ Denver is top-10 in the league in time of possession coming into this week, while Washington is in the bottom-10 in that category. The Broncos should be able to control the clock at home in this game and force the subpar Washington defense to overextend itself to the point of exhaustion in the high altitude.

The Washington Football Team started this season at 2-2 and looked like a respectable squad out of the gate. But they have lost three straight games to contending teams, getting bludgeoned by the New Orleans Saints, Kansas City Chiefs and Green Bay Packers in three straight games. This week, the level of competition comes back down to Earth for the Football Team, but their defense may not be good enough to take advantage.

Washington has allowed 210 points so far this season, which is the highest point total conceded by a team this season in the NFL through Week 7. Denver isn’t known for having an explosive offense, but Washington’s performance this season suggests that the Broncos could very well have a big day in this matchup.

After a 3-0 start against subpar competition, the Denver Broncos have lost four straight and have fallen below .500 for the season. This week, Denver has a chance to pick up a win at home and get back to .500 on the year, where they could start to turn their attention back to the Wild Card chase in the AFC. To do that, they need to put up points against a Washington team that invites scoring.

Denver enters this game at 1-2 at home on the season, having beaten the Jaguars at home before losing home games to the Ravens and Raiders. Washington is much closer to Jacksonville’s quality than they are to being of Baltimore or Las Vegas’ quality. Denver will need to take advantage of that fact and pick up a second home victory to avoid falling too far behind the AFC West leaders.