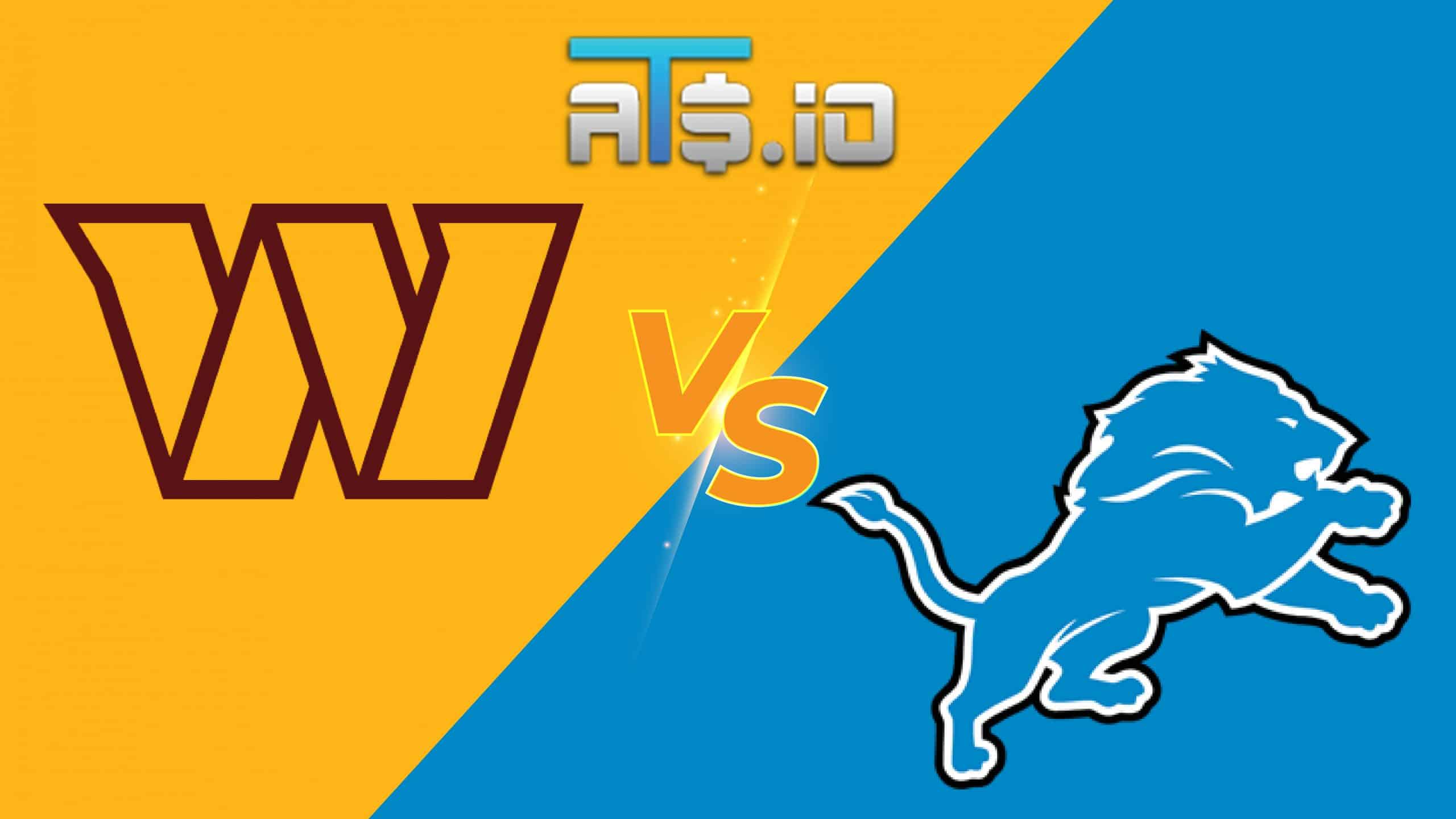 The Washington Commanders picked up a win to start their 2022 NFL season, while the Detroit Lions did not. In Week 2, the Lions will look to break into the win column at home, while the Commanders aim to move to 2-0 by grabbing their first road win of the young season. In our NFL picks for NFL Week 2, we take a closer look at Commanders vs Lions in a game where both teams will look to prove they belong in the NFC playoff race this year.

The Washington Commanders and Detroit Lions are not exactly known for their consistency in the NFL. That is why some peace of mind when betting this Commanders vs Lions game is extremely valuable. BetMGM and Caesars Sportsbook are both offering some of that peace of mind with their welcome bonuses. Bettors can click the links below to get started using one or both offers, to help protect them against any variance this matchup brings.

Why Bet The Lions:

✅ Washington’s running game, meanwhile, really struggled against the Jaguars. They had 85 rushing yards in that game, and averaged just 3.5 yards per carry. Their lack of running back depth will be a total contrast to what the Lions faced in Week 1 against Jalen Hurts and the Eagles. Washington will have to rely too heavily on Carson Wentz to make up for their lack of a running game, and that will not go well for them.

✅ Jared Goff was not terrible for the Lions in Week 1, helping the Lions to battle back to cover the spread against the Eagles. He threw one interception, but had two touchdowns and did just enough to make the Eagles respect them both through the air and on the ground. He will continue to do the same in this Commanders vs Lions game against a Washington team that was far from flawless on defense against the lowly Jaguars on Sunday.

In Week 1 of the NFL season, the Washington Commanders did just enough to beat the Jacksonville Jaguars. Carson Wentz threw four touchdown passes, finishing behind only Patrick Mahomes in that department in Week 1. But he also threw two interceptions, and that allowed the Jaguars to hang around until the late stages of the game. Here, the Commanders will look to clean things up offensively while they hit the road for the first time this season.

The Commanders will also need to be better stopping the run if they want to move to 2-0 on the season. They gave up the third most yards per carry in the first week of the season, allowing 6.8 yards per carry to the Jaguars. Detroit looked very explosive on the ground against the Philadelphia Eagles in Week 1, and a lackluster performance against the run here could cost Washington dearly.

The Detroit Lions did not beat the Philadelphia Eagles in the first week of the NFL season. But they showed the grit that we saw from Dan Campbell’s team in his first year as head coach, coming back from down multiple possessions to cover the spread. Here, they will look to win outright as a slight favorite, against a Washington team that showed some vulnerabilities despite beating Jacksonville to start their season.

To win this game against the Commanders, Detroit is going to have to do a better job defensively than they did against the Eagles. Detroit allowed 6.32 yards per play to Philadelphia, the sixth highest number in the NFL after Sunday’s Week 1 action. The Lions face a less explosive offense this week, which should make things easier, but they will need to do their part to slow the Commanders down as well.