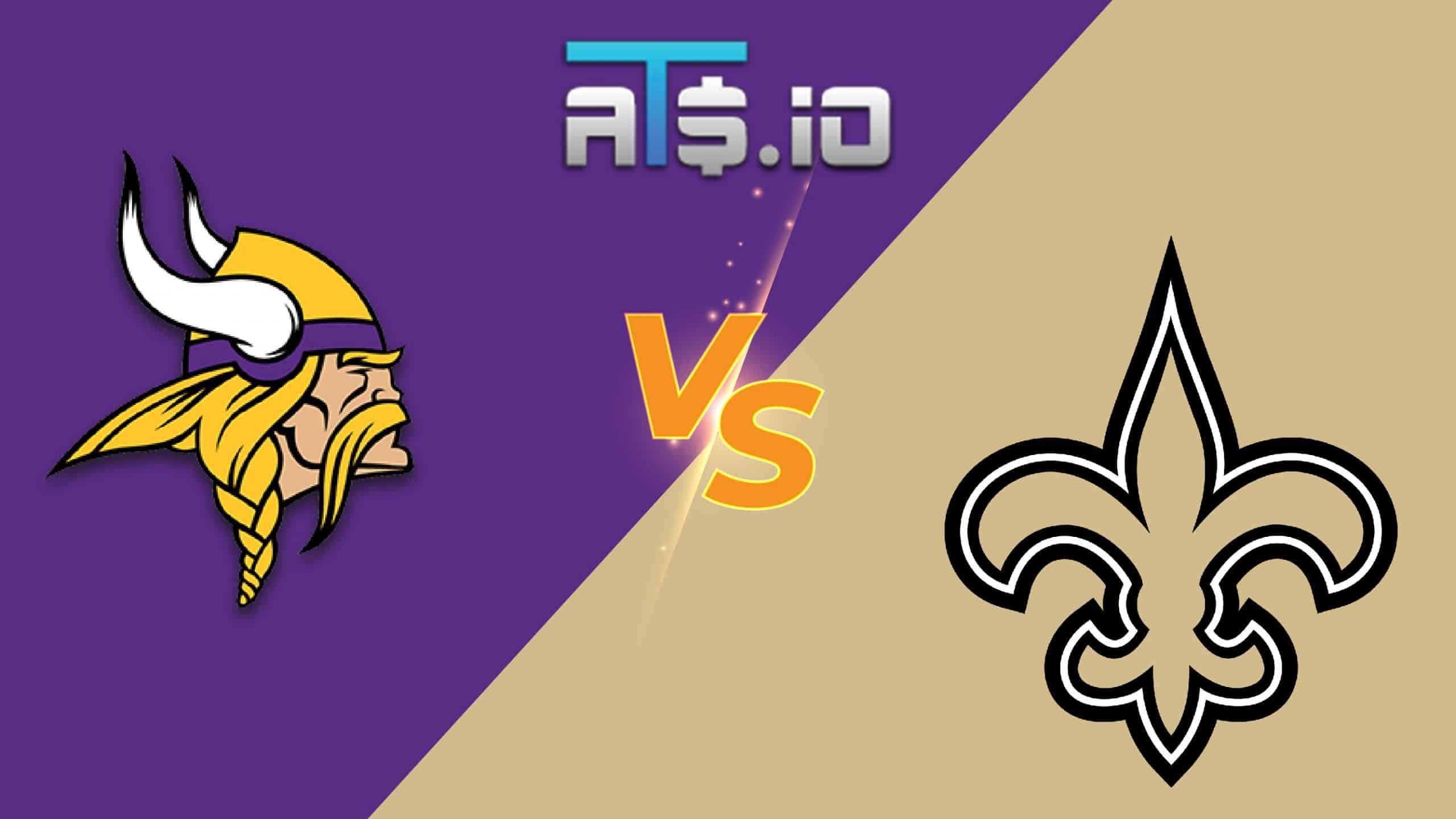 Week 4 of the NFL schedule brings us our first international game of the season as the Minnesota Vikings and New Orleans Saints cross the pond to visit Tottenham Hotspur Stadium in London for an NFC showdown. A rematch of two teams with plenty of recent history, particularly in the playoffs as the sight of the Vikings always brings up memories of old January wounds for Saints fans. Here, we assemble a Vikings vs Saints parlay for this NFC rivalry game.

The trip to London will also bring up old wounds for Saints head coach Dennis Allen. Allen was fired from his first head coaching job in the league after a loss in a London game, Oakland Raiders owner Mark Davis sent Allen to the unemployment line in 2014 after a 38-14 loss to the Miami Dolphins at Wembley Stadium.

Allen’s time with the Raiders was filled with plenty of losing, contributing to a current 9-30 head coaching record. His second chance at being a head coach in the league comes with the challenge of leading the Saints into a new era without franchise legend Drew Brees at quarterback. A mission that has mixed results after just three games as the Saints are 1-2 and in need of a win to climb back up to .500.

Standing in the way of the Saints is a Vikings team coming off a comeback win against the Detroit Lions to move to 2-1. Quarterback Kirk Cousins bounced back from a disastrous Week 2 meltdown on Monday Night Football to steady the Vikings ship, throwing for 260 yards and two touchdowns while Dalvin Cook mauled the Lions run defense for 96 yards and a touchdown.

Looking to place some early morning bets on Sunday? Let’s take a look at three of the best plays on the board for this Vikings-Saints matchup as we build a Vikings vs Saints Same Game Parlay breakfast special.

The Minnesota Vikings are the favorites in this matchup and for good reason as the Vikes are primed for another return to the playoffs, while the Saints are in rebuild mode and seeking a new identity with Brees out of the picture as well as longtime coach Sean Payton.

The Vikings laid a stinker in Week 2 against the Eagles stout defense and it looked like the team took the loss as a wake up call as they bounced right back to beat an organized and tough Lions team. Meanwhile, the Saints are struggling and Jameis Winston has missed two practices so far in London as the team prepares to take on the Vikings. With Winston potentially out or playing hurt, it is highly likely the Vikings cruise to a win as the better team of the two London opponents.

The logic on taking Justin Jefferson’s yardage over is simple. Jefferson hasn’t had a big game in a couple of weeks, which is rare from the gamechanger wideout known to compile 100 yard games with minimal effort.

Detroit’s defense held Jefferson to just three catches for 14 yards last Sunday, a shocking performance for those who had Jefferson in their fantasy teams or bet on his prop overs last week. With Jefferson faltering the last two weeks, the Vikings offense likely will look to get their star wide receiver more involved in the attack this week in an attempt to get him into more of a rhythm with Cousins.

Jefferson had seven 100+ yard games in 2021 and is too good to put up three dud performances in a row. The Bounce Back Theory is a risky one as with any narrative based wager, however, Jefferson’s average performance is significantly better than what we have seen the past two weeks. Expect him to come roaring back and put up a big day against a New Orleans Saints defense that is a lot less organized than the stingy Lions secondary.

Last week, Cousins had a productive day despite little support from his main target in Justin Jefferson in a 260 yard performance. This week, he faces a weaker defense and should get a lot more yardage out of Jefferson than the paltry 14 yards against the Lions.

All of that adds up to Cousins having a real good shot of chasing a 300 yard day against the Saints. There is a bit of a risk of the Vikings being in front and salting away the clock in the second half to present a problem, but Cousins should be able to move the ball through the air effectively and sail past his passing yardage total.

While the Vikings have enjoyed recent playoff success over the Saints, Kirk Cousins has struggled against New Orleans throughout his career in regular season meetings. The veteran QB has a 1-3 regular record against the Saints, his lone win coming in 2015 during his time with Washington.

Vikings running back Dalvin Cook could be missing from the depth chart this week after dislocating his shoulder in the third quarter against the Lions. Cook’s presence is integral to the Vikings rushing attack as his 90+ yards against Detroit proved crucial in the team’s win over their NFC North rivals.