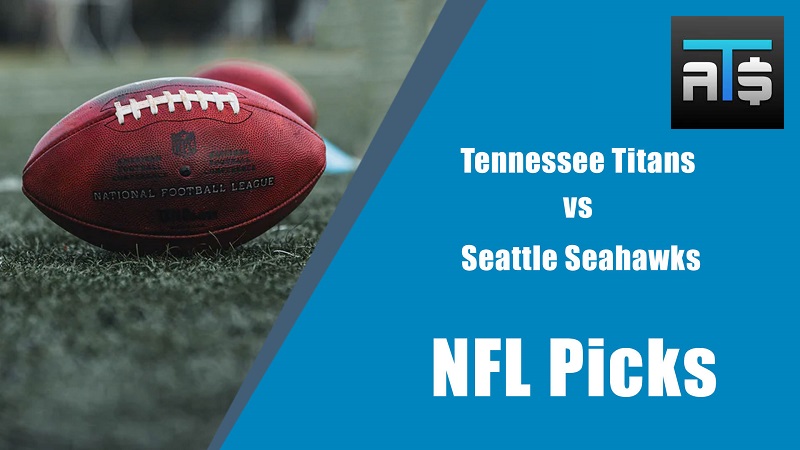 The Tennessee Titans and Seattle Seahawks both have offenses that can light up a scoreboard. But only one will leave with a win in Week 2, as these teams look to slow down one another in the Emerald City. In our latest NFL predictions, we take a look at Titans vs Seahawks and give our best bet for this game between two offenses that can hurt their opponent in multiple ways.

✅ The Seahawks put up big offensive numbers against the Indianapolis Colts on the road in Week 1. They scored 28 points, but they also accounted for 7.2 yards per play, which ranked fourth in the NFL in the opening week of the season. Against a Tennessee defense that struggled mightily in Week 1, the Seahawks could have another big offensive game.

✅ Tennessee was putrid on defense in Week 1, giving up 38 points at home against the Arizona Cardinals. Things should get even more difficult for the Titans defense in Week 2, as they have to travel across the country to take on a Seahawks team that is excellent with their vertical passing game.

✅ The Titans should be better offensively in Week 2 than they were in the opening week of the season. Julio Jones will continue to develop a rapport with Titans quarterback Ryan Tannehill, which will help Tennessee continue to progress on offense.

In their season opener, the Seattle Seahawks passed a big road test against the Indianapolis Colts. They got four touchdowns from Russell Wilson through the air to propel them to the victory, which was sorely needed in a week where all four NFC West teams won. In Week 2, the Seahawks will need to continue to get production in their passing game.

But the Seahawks will also have to do better than they did in Week 1 at controlling the football if they are going to beat the Titans. Seattle let the Colts have the ball for nearly 35 minutes last week, which could cost them if they allow a similar split against a more difficult to defend team in Tennessee. Even with the Titans’ struggles to open the season, this game will be a challenge for Seattle that will require their best on both sides of the ball.

The Tennessee Titans may have been the biggest disappointment in the NFL in Week 1, as they were blown out by the Arizona Cardinals. In that game, the Titans failed to get things going on either side of the ball, letting Kyler Murray move the ball at will while getting none of the same action going when they were on offense.

Against Seattle, the Titans will face one of the best passing attacks in the game when it comes to stretching the field deep. But if Tennessee can establish their running game and avoid turnovers in ways that they could not last week, they should be able to limit the number of possessions Seattle gets. That will lead to fewer deep ball chances, and fewer chances for the Titans to fall victim to game-changing plays.