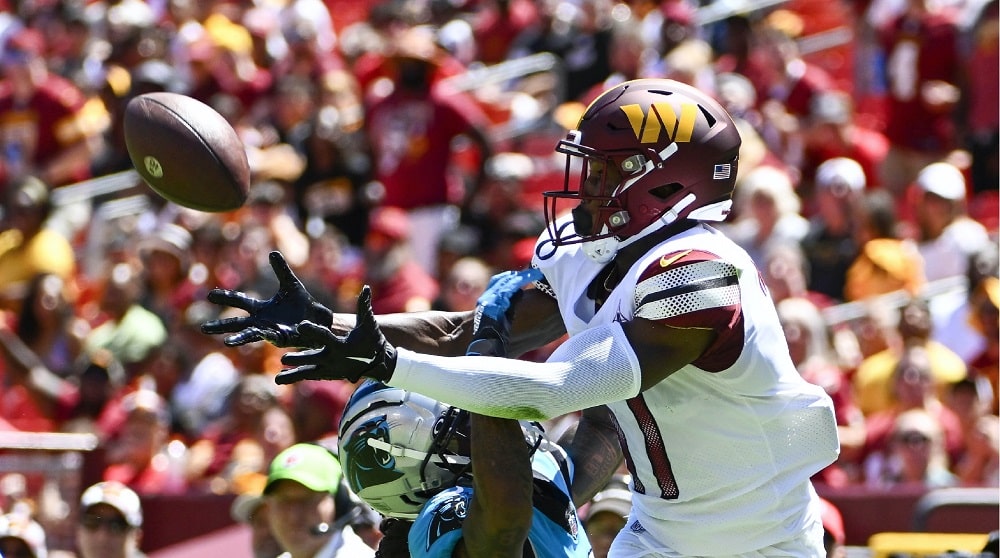 Week 6 of the NFL season gets its start on Thursday Night. The Washington Commanders travel to Chicago to take on the Bears. You probably do not need me to tell you, this is not the game of the week. These are likely two teams that will not be participating in the postseason in the NFC. The 2-3 Bears and 1-4 Commanders have scored fewer points in totality than all but one other NFC team. This is not lost on the oddsmakers as the total for this matchup sits at 38 points.

The Bears have had better outcomes at home thus far. They are 2-0 at home and 0-3 on the road. The relative softness of schedule plays at least some part in that outcome however. The Bears have had an Achilles Heel on defense against the run game. This is a spot where they can improve upon that. The Commanders offensive line is borderline offensive. They are not adequate in run blocking and have failed to run the ball in even the most sound of rushing matchups. Brian Robinson added to the fold will help, but he will not improve the offensive line.

The Commanders offense has been hit and miss, and their inability to run the ball has been glaring. The passing attack has spread the ball around a fair amount with Carson Wentz under center. Terry McLaurin remains their best offensive player to be sure, but he has not yet Commanded (see what I did there?) the volume he was accustomed to in seasons past.

McLaurin saw just four targets in Week 1, but his volume is closer to proper in each of the four games since. He has seen between six and nine targets in each game since and has been a consistent producer, if not an eye-popping one. In the last four games, McLaurin averages 4.7 catches on 7.3 targets per game.

Now the Commanders are hurting for pass catchers entering this game. Stud rookie Jahan Dotson and top tight end Logan Thomas have already been ruled out. Dyami Brown is also questionable and could miss the game. They also will continue to be unable to run the ball. All signs point to McLaurin’s biggest game of the year so far, at least based on volume.

Now consider his reception prop is set all the way down at 3.5. It would be a true shock if McLaurin had fewer than four catches on Thursday night. Take over 3.5 with what feels like an extremely comfortable prop.