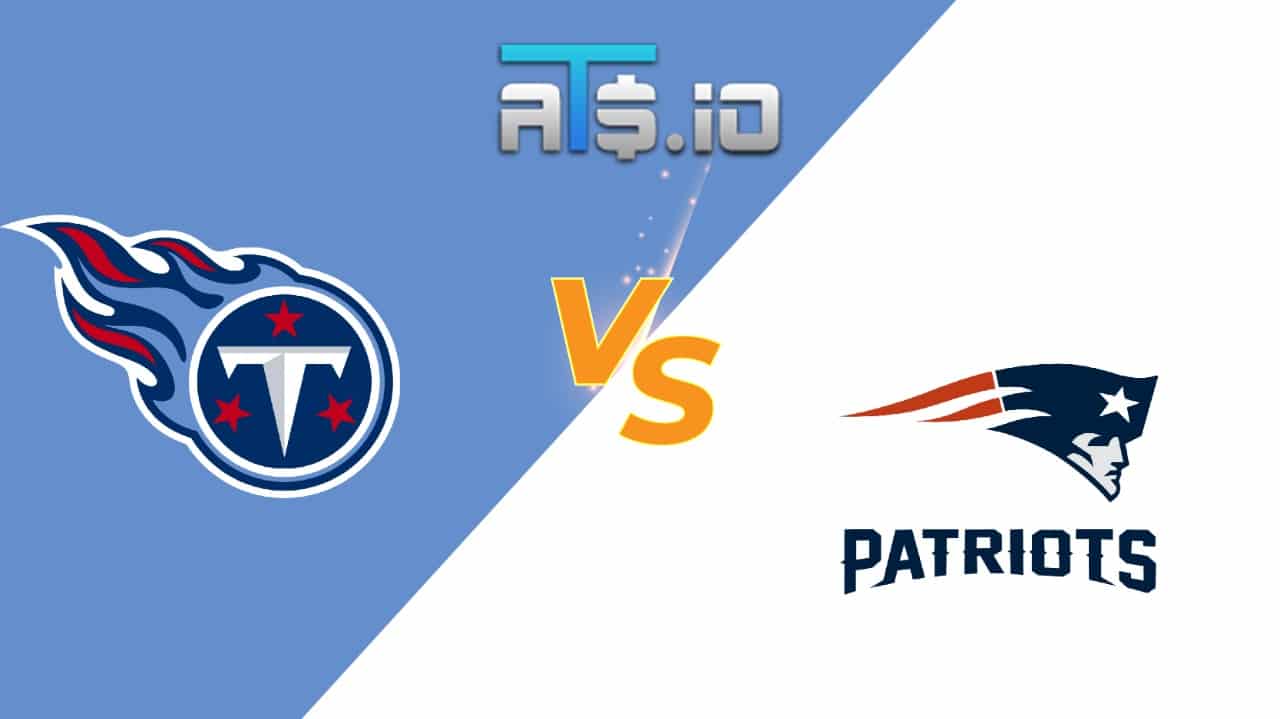 One of the best matchups of the week in the NFL is the Titans vs Patriots game slated for Sunday from Gillette Stadium. Both of these teams have been red hot over the last couple of months, and are in contention to move to the top of the AFC by the time the regular season is done. In this set of NFL predictions, we look at the Titans and Patriots and determine who wins this key contest in the AFC title race.

New bettors at BetMGM Sportsbook can wager on either team to win this Titans vs Patriots game, with a $10 bet paying out $200 as long as they score a TD.

Those who are looking to bet on Titans vs Patriots can take advantage of the new player promo at BetMGM for this game. Here, bettors can risk $10 on either of these teams to win this game on the moneyline. If the team you bet on scores a touchdown in this game, BetMGM will pay out $200 in free bets for a 20/1 payout in exchange for just one touchdown.

✅ The Patriots are the best team in the AFC at this point in time. They lead the league in point differential, boasting a +123 point differential after picking up another win last week. They appear poised to continue their run toward the top spot in the AFC East this week against a Titans team that showed their flaws in a big way last week.

✅ Tennessee and the Patriots are both 7-4 against the spread so far this season, but the Titans showed last week the perils of being more one dimensional without Derrick Henry available. This week, the game planning of the Patriots will exploit that and the Titans will have a second straight off day.

✅ New England has the third best defense in the NFL in terms of yards per play allowed on the season. They have allowed a combined 13 points over their last three games, and will continue their run of defensive dominance against a Titans team that is missing its best offensive player.

Last week, the Tennessee Titans suffered an embarrassing loss, falling at home to the Houston Texans in one of the upsets of the season in the NFL. Tennessee simply couldn’t get things going offensively in that game, being held to 13 points by a Houston team that hadn’t won a game since the first week of the season against the Jacksonville Jaguars. Now the Titans will look to rebound from that ugly loss against a red-hot Patriots team.

Tennessee will have to figure out how to diversify their offense against the Patriots to avoid a second straight loss. Without Derrick Henry, the Titans aren’t as explosive with their running game, forcing them to do more through the air. The Patriots will be able to take advantage of that knowledge unless the Titans get creative in this contest.

New England won its fifth straight game last week, beating the Atlanta Falcons on Thursday Night Football. The Patriots pitched a shutout in that game, dominating with their defense from start to finish. Now the Patriots find themselves at the top of the AFC East for the first time all season, with the best point differential in the NFL to boot.

This week, the Patriots return home, where they have won their last two games by a combined score of 99-20 against the Jets and Browns. New England had lost their first four home games of the season, but have found their rhythm both at home and on the road over the last month and a half. If they can take away AJ Brown in this game, the Patriots should be able to win a sixth straight.