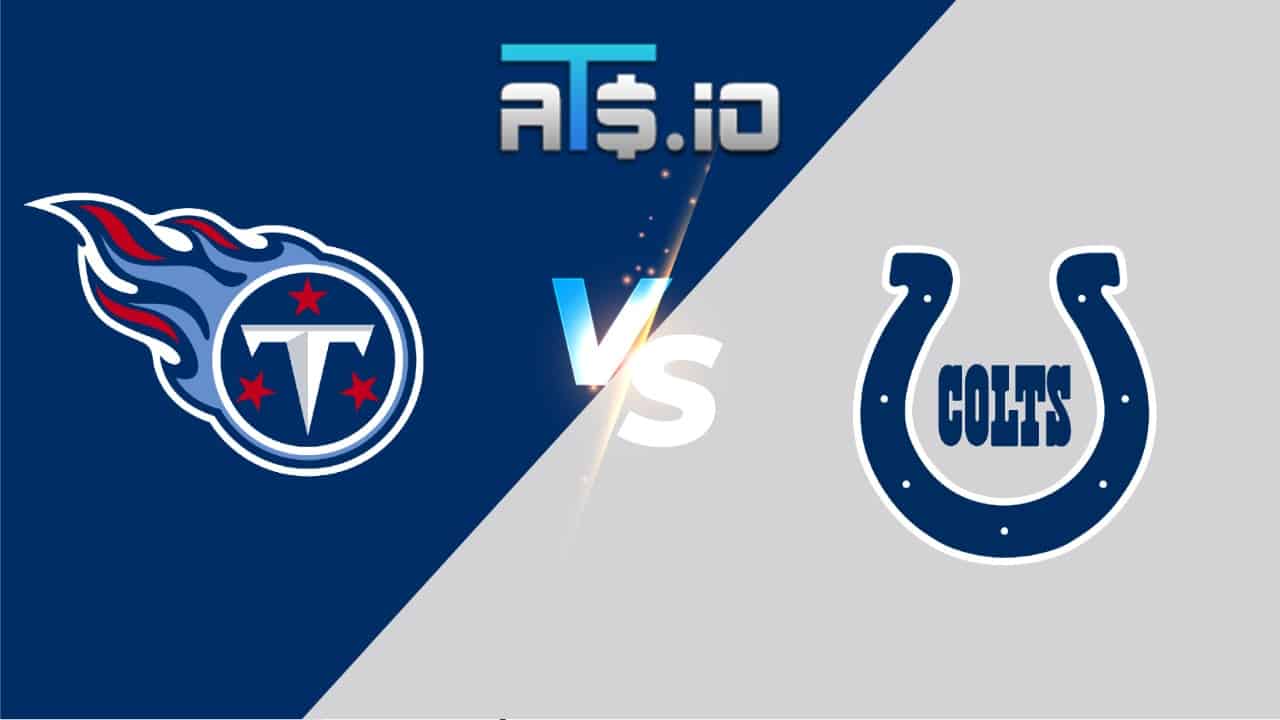 AFC South rivals will collide on Sunday when the Tennessee Titans travel to Indianapolis to take on the Colts. Tennessee won the first edition of this matchup earlier in the season, and will look to secure the season sweep over their biggest competition in their division. Our NFL betting picks for this week will include a look at this Titans vs Colts contest, as the Titans look to put distance between themselves and Indianapolis.

Caesars Sportsbook a risk-free bet available for Titans vs Colts. Bettors can place their first bet with Caesars on this game and get refunded if their first bet loses, up to $5,000. Click Here Now

Caesars Sportsbook is offering its risk-free bet promotion to new players ahead of this important Titans vs Colts game. New bettors can place their first wager with Caesars for up to $5,000 and keep their winnings if their bet is successful. If that bet does not win, bettors can receive their stake back, getting up to $5,000 in site credit to place another wager at Caesars.

Why Bet The Colts:

✅ This is a massive letdown spot for the Tennessee Titans. The Titans are coming off of back-to-back home wins over the Buffalo Bills and Kansas City Chiefs, two of the teams they could face in the postseason this year. Now they go on the road against a Colts team desperate to stay in the division race, and that situational spot really favors the Colts.

✅ These teams are pretty comparable on both sides of the ball, being within two tenths of a yard per play of one another on both offense and defense. The public perception here is that the Titans are miles better than the Colts, but that simply isn’t the case and this should be a competitive contest between division rivals.

✅ The big strength of the Titans as a team is their ability to run the football, but the Colts have a respectable run defense that could mitigate their effectiveness on the ground. Indianapolis is a top half team in the league in terms of yards per carry allowed, and the Colts at home should be capable of forcing the Colts into some third and longs with their run D.

It may not be possible to have as good a two weeks as the Tennessee Titans have had in Weeks 6 and 7 of this season. Tennessee has defeated the Buffalo Bills and Kansas City Chiefs in back-to-back games, with their offense running at peak efficiency to pick up those two wins. Now the Titans go on the road, where they are 2-1 so far this season, looking to pull ahead of the Colts by three games in the AFC South standings.

If the Titans are going to earn a fourth straight win, they are going to need to defend the way they did last week against the Chiefs. Tennessee held Patrick Mahomes and company without a touchdown last week, and limited their vertical passing game. The Colts have found success throwing down the field in recent weeks, and another strong defensive performance against the pass by the Titans would be a huge help in securing this game.

The Indianapolis Colts have won two games in a row of their own, taking out the Houston Texans and San Francisco 49ers in back to back weeks. This week, the level of competition ramps up for the Colts, but the level of play for the Colts has also improved from where the team was at the start of the season. A huge reason for that leap has been Carson Wentz’s improvement throwing the ball deep.

Indianapolis has benefitted from Wentz finding Michael Pittman down the field multiple times over the last few weeks, stretching defenses and generating chunk yardage gains. Tennessee has had trouble defending consistently this season, and Wentz could very well have another strong game to help the Colts climb back into the hunt in the AFC South.