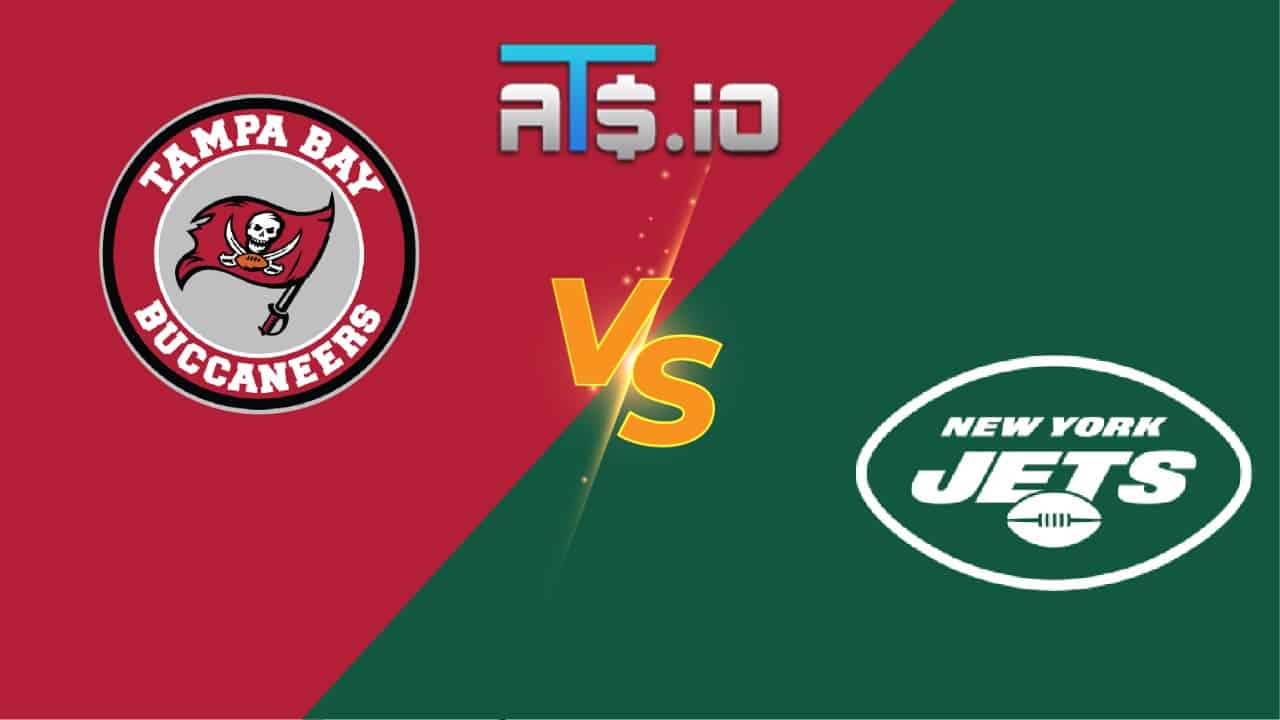 There are several games this week featuring teams that have been eliminated from playoff contention against teams that are still in the thick of the playoff race. This Buccaneers vs Jets game is no exception, as both teams have their eyes on very different prizes at this point in the year. In our NFL picks for this week, we look at this inter-conference matchup from East Rutherford, New Jersey.

New bettors at Caesars Sportsbook can get a matched bet bonus of up to $1,001 when they bet on this Buccaneers vs Jets matchup.

New players at Caesars Sportsbook can take advantage of the site’s welcome bonus for this Buccaneers vs Jets clash. Players can put up to $1,001 on this game and receive that amount in free bets, in addition to whatever they win on the game itself. This opens up the possibility to triple an initial wager of $1,001 at Caesars.

Why Bet The Buccaneers vs Jets Over:

✅ The Jets have seen nine of their 15 games this season go over the total, for an over rate of 60% on the season. Against one of the most prolific offenses in the NFL, they should give up plenty of points to help them see a tenth over in 16 games to stay near the top of the NFL in that category this season.

✅ It is also worth pointing out that the Jets have the worst scoring defense in the entire NFL, giving up 29.9 points per game to rank dead last in that category this season. Against Tom Brady and the Bucs, a point total even close to that would make it so that 17-20 points from the Jets would be enough to push this game over the total.

The Tampa Bay Buccaneers rebounded nicely from their 9-0 loss to the New Orleans Saints last week, when they beat the Carolina Panthers in Week 16. Tampa Bay’s defense came to play in their win over the Bucs, holding the combination of Cam Newton and Sam Darnold to just six points for the game. Here, the Bucs will look to hold their opponent to single digits for the third straight week against an anemic Jets offense.

The Bucs have clinched the NFC South already, but they are still a game back of the Green Bay Packers for the number one seed in the NFC. As a result, the Bucs still have something to play  for here and shouldn’t get caught overlooking the Jets.

The Jets barely survived last week to pick up a win over the Jacksonville Jaguars. They needed a last-minute goal line stand to hold off Trevor Lawrence and the Jaguars, something they likely won’t be able to rely on against Tom Brady and the Bucs. Instead, the Jets will need their offense to show up if they are going to compete against Tampa Bay.

Zach Wilson had the highlight of the game against the Jaguars by running for a long touchdown, narrowly avoiding the sideline and defenders multiple times. But his passing numbers have left a lot to be desired, as they weren’t all that impressive even against a porous Jacksonville defense. Here, he will need one of the best games he’s played at any level of football to keep up with the Tampa Bay attack.