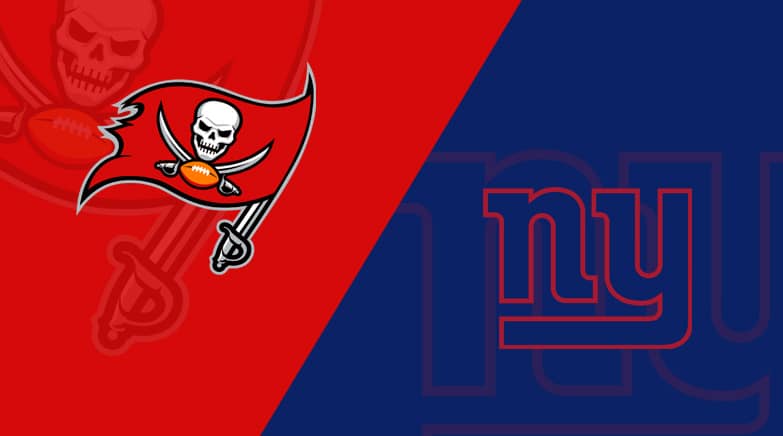 Monday Night Football has a mismatch on paper scheduled for Monday, November 2, 2020, when the Tampa Bay Buccaneers (5-2) visit the New York Giants (1-6). Tampa Bay has a half game lead over the New Orleans Saints in the NFC South and the New York Giants are in last place of the terrible NFC East. This game will air live on ESPN at 8:15 p.m. EST.

Through seven games, the Tampa Bay offense is averaging 31.7 points per game and 378.6 yards per game, 272.9 through the air and 105.7 on the ground. Ronald Jones is the leading rusher for Tampa Bay as he has 506 yards and four touchdowns, while Scotty Miller leads all Bucs receivers with 365 yards and two touchdowns. Defensively, the Buccaneers are allowing 20.3 points and 319.0 yards, 253.0 passing and 66.0 rushing.

The New York Giants offense has been disastrous as they are averaging just 17.4 points per game and 299.6 yards per game, 201.4 through the air and 98.1 on the ground. QB Daniel Jones is the Giants leading rusher with 296 yards, while Darius Slayton leads the receivers with 27 receptions for 429 yards and three touchdowns. Defensively, the Giants are allowing 24.9 points and 374.9 yards, 269.9 passing and 105.0 rushing.

Below is my best bet for Week 8 action between the Tampa Bay Buccaneers and New York Giants. All lines are from SugarHouse Sportsbook.

Last time out, Tampa Bay used a big fourth quarter to blow out the Las Vegas Raiders and come away with a 45-20 road win. Tampa Bay led 24-17 heading into the fourth quarter when Las Vegas settled for a field goal to make it 24-20. The Buccaneers scored 21 points in the final 7:22 to put this game on ice and get out of Vegas with a win. Tom Brady was lights out as he went 33/45 for 369 yards, and four touchdowns. Scotty Miller, Chris Godwin, Rob Gronkowski, and Tyler Johnson all hauled in touchdowns from Brady.

New York suffered a painful 22-21 loss at the Philadelphia Eagles last Thursday. The Giants led 21-10 with less than five minutes to go, but Philadelphia scored the final 12 points to come away with the win and the division lead. Daniel Jones went 20/30 for 187 yards, two touchdowns, one interception, and led the Giants with 92 rushing yards on four carries. The Giants still have a lot of work to do.