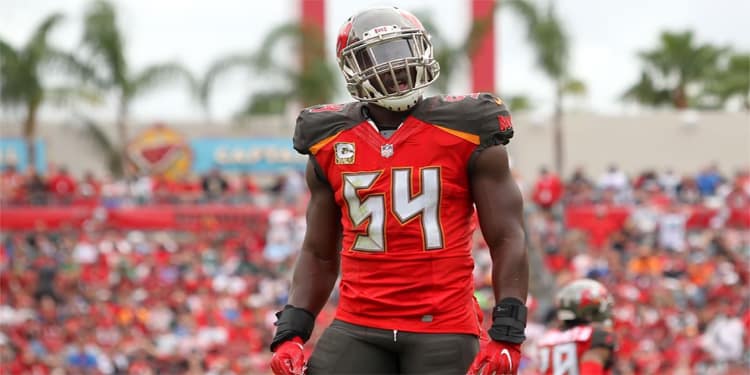 The Tampa Bay Buccaneers are going into Super Bowl LV at home. That also makes them the first home underdog in the Super Bowl because, well, a team has never played in its home stadium before. Will the Tom Brady Super Bowl Magic show itself here and push the Buccaneers to victory?

Whether it does or doesn’t, you should still be able to make some money in the prop markets on the Buccaneers. There are a lot of things up in the air about this game, how the game state will play out, and whether or not the Buccaneers will be forced to become one-dimensional by either trailing in the second half of the game or being forced to go score-for-score with the reigning Super Bowl champs.

You really have to put yourself in the minds of Byron Leftwich and Todd Bowles for this one to try and figure out the best plan of attack to neutralize what has been a juggernaut of a team in the Chiefs. By doing that, you should be able to find a lot of prop bets that make sense for the Big Game on Sunday February 7.

As always, before I dig into some of my thoughts on the props for this one, I do want to point out that you absolutely, positively must be shopping around for the best lines and the best odds on these props. For the purposes of this article, I will be sticking to our top sportsbooks based on our ratings and evaluations. You may find a better line somewhere else or may not have these US books at your disposal.

Whatever you do have, don’t take a -145 at DraftKings when you can get a -125 at William Hill. Don’t take an over 48.5 yards at FanDuel when you can get over 45.5 yards at PointsBet. Having the best line and the best odds are paramount in the Super Bowl whenever possible. Don’t paint yourself into a more difficult bet or a higher break-even point because you’ve taken a bad number.

That may mean having multiple sportsbook accounts. This is as good of a time as any to utilize those sign-up bonuses if you do line shop and find something better elsewhere. With hundreds of props available, price discrepancies are out there and you can exploit some of those. I’ve tried to list the best prices to the best of my ability, but look for yourself as well.

With that, let’s get to some player and team props for the Tampa Bay Buccaneers for Super Bowl LV:

Lavonte David Over 7.5 tackles is +115 at William Hill, with +110 at FanDuel and PointsBet. BetMGM is showing +105 and DraftKings is showing +101. To me, there are a lot of ways in which this prop has a chance to cash.

Some have speculated that the Buccaneers will be more aggressive and blitz more often than they did in the Week 12 matchup between the two teams. If so, that means Devin White, who was second on the team in sacks with nine, will likely be the guy that rushes Patrick Mahomes. We know the escapability and the improvisation skills of Mahomes. It might fall on Lavonte David as a spy or as the guy with the assignment in the flat or the middle of the field to make the tackle.

David has been slowed by a hamstring injury suffered in the second half of the NFC Championship Game. I believe that’s why this total is juiced to the under, but I also think he’ll have a lot of chances, as the Chiefs throw the ball a lot or run outside the tackles, which forces linebackers and corners to make tackles. I would expect David to feature prominently on defense and a plus price is a good one in my estimation.

Tom Brady to win the MVP is +210 at DraftKings and BetRivers, and +200 at PointsBet, FanDuel, BetMGM, and William Hill. When you think about how this game plays out, in order for the Buccaneers to win, Tom Brady probably has to be the one to lead them to victory, right?

A quarterback to win MVP is priced in the market at -300 at PointsBet or more like -350 elsewhere. We’ve had 54 Super Bowls and the quarterback has won the MVP 30 times. Moreover, since 1998, the last time a running back won MVP, an offensive player has won MVP 18 times. It has been a quarterback 14 times.

With a high-scoring expectation in this game with a total in the mid-50s, you have to think a Buccaneers upset win comes on the shoulders of Brady. Holding Mahomes down is virtually impossible. The Buccaneers will have to outscore the Chiefs. The game won’t be put into the hands of Leonard Fournette or Ronald Jones. It will be on Brady.

If the Buccaneers win, Brady is far likelier to win the MVP than this line suggests. Personally, I like the Chiefs in the game, but +210 on Brady is a lot better of a return than +140 or +150 on Tampa Bay money line.

Under 0.5 is +130 at BetMGM and William Hill and +125 at PointsBet. Not all sportsbooks are offering this, but I don’t see Ronald Jones catching a pass in this game. Jones has three receptions in his last seven games. It obviously doesn’t take much to get over 0.5 receptions, but he just isn’t a factor in the game for passing situations.

That job has been handed to Leonard Fournette. When Jones is out there, expect a run. When Fournette is out there, it could be virtually anything that the Buccaneers try to do. The concern I would have here is that the Buccaneers play from in front and Jones gets more snaps because he’s getting more rushing opportunities. Maybe Tampa Bay gets into a situation where they try to do something cute and Jones gets a target.

GET UP TO A $500 DEPOSIT BONUS AT BETMGM SPORTSBOOK

Antonio Brown is +1800 mostly across the board at DraftKings, FanDuel, PointsBet, BetMGM, BetRivers, and William Hill.

Antonio Brown’s status remains up in the air for this game, but I think the Buccaneers are just being hush-hush about his situation. The fact of the matter is that Brown was targeted 62 times in just eight games by Brady during the regular season. That was the highest target rate per game for the Buccaneers. Brady has a rapport with Brown already and I think he’ll be targeted a bunch if he’s out there.

For the sake of argument, there were two outlier games when Brown was targeted 13 and 15 times, respectively, so those did prop up the numbers. Late in the year, Brown became a pretty trusted red zone option for Brady with touchdowns in four straight games, including the playoff game against Washington.

Truthfully, these bets are hard to win. I prefer Yes/No or Over/Under props for the Super Bowl, but call this one a hunch and a bit of a fun long shot that you don’t want to go crazy with.