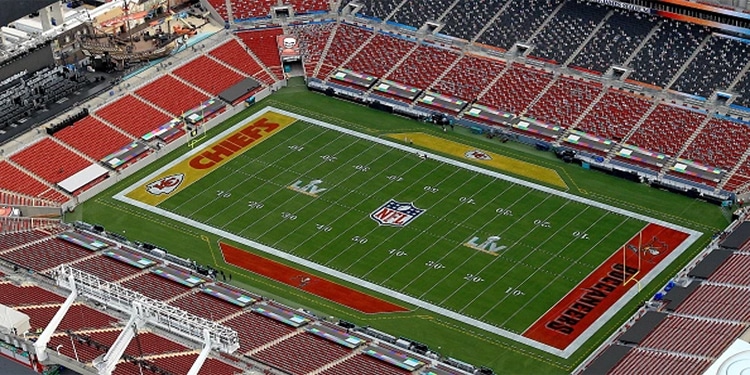 You’re probably tired of seeing -3 and 56 by now. Those are the spread and total for Super Bowl LV. You may have strong opinions about those two numbers. You may not. Fortunately, those are only two of more than 1,000 bets that are out there for Super Bowl LV.

I’m not sure if it’s fair to say that prop betting for the Super Bowl has been watered down a bit because so many of the legal US sportsbooks and those operating offshore have been offering all kinds of player and game props for regular, run-of-the-mill games across all sports. The novelty may have worn off a little bit, but I still enjoy the Super Bowl props and the subsequent discussion that comes with them.

For this particular prop betting article, I’ll be looking at Game Props. Future articles here at ATS.io will include team and player-specific props for both the Tampa Bay Buccaneers and the Kansas City Chiefs. I’ll also put together something on Novelty and Cross-Sport Props prior to the weekend.

I’ll start by saying the same thing in each article. SHOP AROUND FOR THE BEST ODDS. Don’t take -115 at BetMGM when you can take -105 at BetRivers. Don’t take 95 yards at PointsBet when you could get 86 yards at DraftKings. You genuinely increase your chances of having success by getting the best line and the best odds. Don’t take +250 on a first TD prop at FanDuel when you could get +350 at William Hill. It sounds obvious, but most bettors don’t take the time to do it.

In this article, I’ve shopped around to the best of my ability to find the best odds and the best lines on these Game Props. If you find one better, by all means, let us know in the comments or on social media. I’ll mostly be sticking to our top sportsbooks based on our ratings and evaluations. You may find a better line somewhere else.

With that, let’s take a look at some Game Props for Super Bowl LV:

We’ve got a total here of 56 and an expected score in basically the 29.5-26.5 area, with some people expecting a much higher-scoring game than that. After all, the first game had 960 yards, but the teams combined to go 1-of-5 in red zone situations. Both teams had over 7.5 yards per game.

I do think both defenses will have strong game plans, but there may just be too much talent on the offensive side of the ball to limit scoring to a high degree. The Chiefs were fourth in Sc% at 47.9% and the Buccaneers were sixth at 47.8%, so these teams scored around half of the time when they got the ball. I think there is good value here in +125 relative to the total. Frankly, it’s an alternate way of playing the over, but at plus money and with more wiggle room. Even something like a 24-21 game would get there, let alone 28-24 or something like that.

No Missed Field Goal is -140 at BetMGM Sportsbook and -150 at DraftKings. Harrison Butker is one of the most accurate kickers in the NFL. He is 29/32 this season including playoffs and Ryan Succop is 32/35 on the year. I’m not sure if we get a lot of field goals in this game, but we do have two really good field goal kickers if we do.

If the above is true and this game is higher-scoring, especially both ways, the two coaches may need to be a little bit more aggressive on fourth down. That would limit the chances of long field goals being missed. If this is a game in which 3s aren’t good enough compared to 7s, I really like this prop and I do think there’s a good chance it could end up that way.

Total Kickoff Returns Under 4.5 is -220 at William Hill. This is one I would hope gets posted in other places so we can get a cheaper line on it. I’m seeing -250 on the under at PointsBet. Bradley Pinion kicked a touchback 85% of the time with 85 touchbacks on 100 kickoffs. Harrison Butker had 72 touchbacks on 95 kickoffs for a 76% TB%. He only averaged 1.4 yards per kickoff shorter than Pinion, so he still had plenty of leg.

We could see a lot of scoring trips for these teams, which means a lot of kickoffs, but I think both kickers will be able to kick the ball into the end zone. I’m holding off on this one to see what the weather looks like because winds could knock down kickoffs to one side of the stadium. I’m also hoping to do slightly better on the price, but this is one I do like.

Both Teams First Half Lead

Will both teams have a first half lead is Yes +115 at FanDuel. The Chiefs have been a notoriously slow starter this season. They were not a slow starter against the Buccaneers, but I have to feel like Tampa Bay is pleased with the second half that they had and they believe if they had gotten out to a better start, the game could have gone differently.

We saw Kansas City start slow in the AFC Championship Game against the Bills before turning it on in the second half. It wouldn’t be a total stunner to see that here. It’s a lot like what we saw in last year’s Super Bowl even. Kansas City was the second-highest scoring team in the second quarter. They were only decimal points better than the Buccaneers in that regard, but this would seem to fit.

For those thinking about it in a different way, Buccaneers over 6.5 points in the first quarter is a consideration, but that would be in a Tampa Bay Buccaneers prop bets article and not this one that just looks at the overall game.