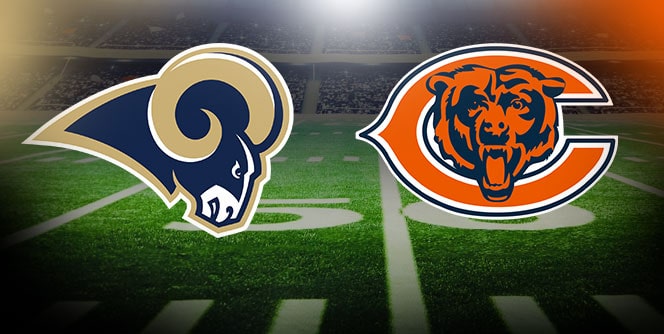 Sunday Night Football sees two preseason Super Bowl contenders just fighting for their playoff lives at the moment. The 4-5 Chicago Bears travel to Los Angeles to take on the 5-4 Rams in a game both teams need.

Below is my best bet for the Sunday Night Football action between the Chicago Bears and Los Angeles Rams. All lines are from PointsBet Sportsbook

The Chicago Bears finally got a win and ended their four game losing streak, though the offense still looks like a big problem. Chicago got a Detroit Lions team playing without Matthew Stafford and walked away with a 20-13 win thanks to a 13-0 third quarter. The Bears had a tough stretch where they fell to Oakland, the Chargers and New Orleans at home before falling to the Philadelphia Eagles on the road two weeks back. Chicago is 3-6 against the spread and the under has hit in six of their nine games this season.

The Los Angeles Rams looked like they may have gotten their season, and offense, back on track their previous two games, but Los Angeles went into Pittsburgh and put up just 12 points in a 17-12 loss. Los Angeles put up 306 total yards of offense, but four total turnovers proved costly for the Rams. The Rams started the season 3-0, the lost three in a row to go to 3-3, before going on another two game winning streak, so it will be interesting to see if Los Angeles goes on another losing streak after that loss to Pittsburgh. Los Angeles is 6-3 against the spread and the under has hit in six of their nine games this season.

Series History: The Chicago Bears lead the all-time series 54-36-3 and have won six of the last seven meetings between these two teams.

Game Prediction: I like Los Angeles to get the win and stick with the other Wild Card contenders. Back the Rams -6.5 Sunday night.