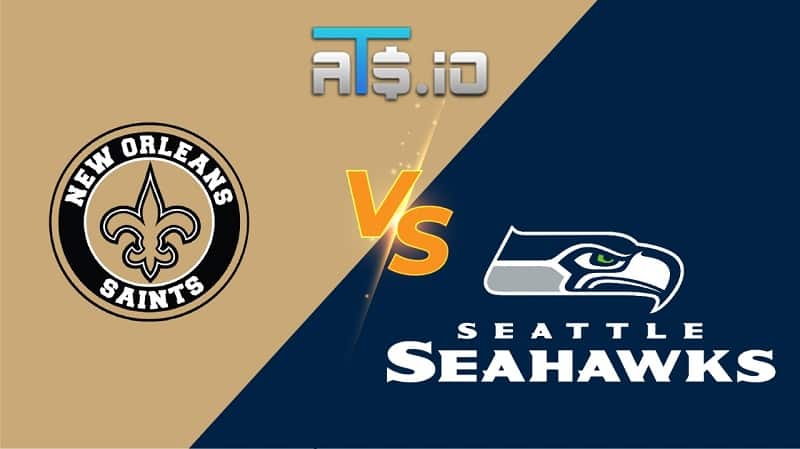 This game closes out Week 7, and will be the last of our first week of underwhelming prime time games. The Saints bring their woefully slow paced offense to Seattle. They will be welcomed by a version of the Seahawks lead by Geno Smith. It is quite probable we see a good deal of incompetent offense in this one.

Caesar’s continues to offer the best promo in the industry to get you set up. The Caesar’s promo is for new users only. They are offering a risk free bet of up to $5000. Your first wager is completely risk free. Remember it is only for the very first wager, so be as aggressive as your comfort allows. If your bet wins, it is paid out as normal. If your bet loses, your account is credited with free bets in the same amount of the wager.

✅ The Saints rush defense has been consistently good, as it has been in previous seasons. They are efficient at stopping the run on their own merits to be sure. They are also aided by the slow pace of their offense, which shortens games. So far this season, only Christian McCaffrey has topped 60 rushing yards against them. This includes games against Saquon Barkley and Antonio Gibson. Those players were held to 60 or fewer rushing yards. The other two games saw the Saints allow fewer than 20 yards rushing to any other back.

✅ Alex Collins enjoyed additional touches while both Chris Carson and Rashaad Penny were out. While Carson remains out, Rashaad Penny will be making his season debut against the Saints. Even if Penny takes only half of the carries Collins was getting, it will make real production for Collins nearly impossible in this tough matchup.

✅ Game script will matter for Collins. If the Seahawks are trailing, as the +4.5 betting line suggests they might be, it could make his volume even more scarce. The more the Seahawks are forced into a pass happy game plan, the more snaps Penny, Deejay Dallas and Travis Homer will take from Collins.