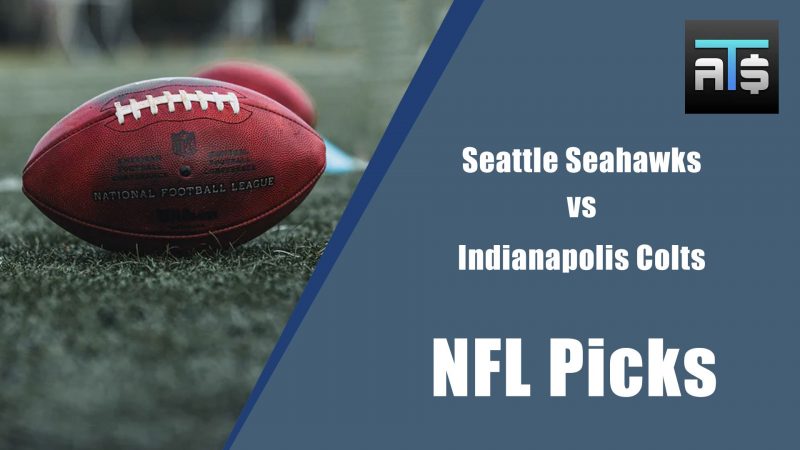 Seahawks vs Colts is an intriguing Week 1 matchup in the NFL, as one team that has had consistent quarterback play for years takes on a team with a new look at the position. But regardless of the level of familiarity both teams have with their quarterbacks, both sides have playoff expectations coming into this football season. In this round of NFL picks, we look at the Colts and Seahawks and offer up our best bet for this Week 1 game.

Why bet the Seahawks:

✅ Even with a change of scenery, Carson Wentz is still the same quarterback he was prior to joining the Colts. Wentz is turnover prone and regularly makes bad decisions with the football, something that the Colts can’t afford to have happen in a game where the opposing quarterback is so solid with the ball. Expect the AFC South side to lose to one of the NFC’s best teams here.

✅ Beyond Wentz’s turnover issues, Seahawks vs Colts could be decided by some injuries for the Colts heading into this game. Key players in guard Quenton Nelson and cornerback Xavier Rhodes are not locks to play in this game. And with Nelson playing such an important role in the running game, any injury to him could force Wentz into more obvious passing situations.

✅ While the Colts were one of the best defenses against the run last season, they allowed 7.0 yards per pass attempt last year. In this season opener against a Seattle team that likes to throw the ball down the field, the Seahawks should be able to exploit a Colts team whose biggest weakness on defense is its ability to defend the pass.

Heading into this Seahawks vs Colts matchup, the Seattle Seahawks will know that they have very little margin for error in a loaded NFC West this season. Dropping games early in the year could prove fatal for this team, with the 49ers, Rams and Cardinals poised to knock them out of playoff position in the toughest division in the NFL. Fortunately for the Seahawks, they remain led by one of the best quarterbacks in the league in Russell Wilson.

Wilson returns this year with the potential for him to have to make up for a running game that might lose some of its luster from last year. During the offseason, the Seahawks lost guards Mike Iupati and Chance Warmack from a rushing attack that averaged 4.8 yards per carry last NFL season. Whether or not the Seahawks can replace those key members of their line and use the running game to help Wilson and the passing attack remains to be seen.

The Indianapolis Colts will give Carson Wentz his first career game action as a member of the team in this Seahawks vs Colts matchup. Wentz was the option the Colts went with after Philip Rivers retired at the end of last season. But Wentz has been prone to turnovers in a big way during his NFL career, and will need to be more careful with the ball if the Colts are going to see more playoff games this year.

Also a concern for the Colts heading into this season is the health of their offensive line. Eric Fisher and Quenton Nelson are both not certainties to play in the team’s season opening game against Seattle. And while being in the AFC South gives the Colts a few more games to play with than the Seahawks have in the NFC West, injuries have derailed many teams better than the Colts before.