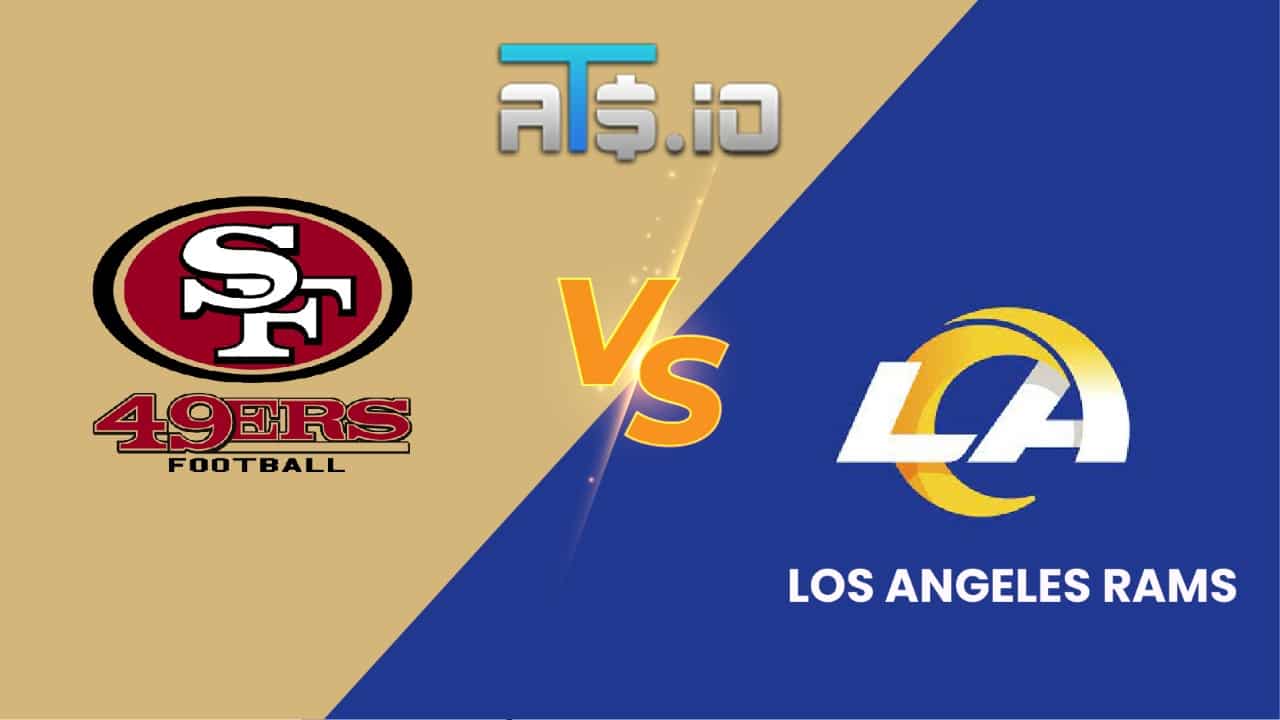 This 49ers vs Rams game carries perhaps the most weight of any playoff relevant game leading into the Sunday night game. Both teams have big implications in this game. The Rams need a win to secure the NFC West and a home playoff game. Even with that being the case, the Rams have far less to play for than the 49ers do. It is a true elimination game for the 49ers. Assuming the Saints beat the Falcons, who the Saints are favored over, the 49ers are in the playoffs with a win and out with a loss. Like the Colts, Raiders and Chargers in the AFC, the playoffs start a week early for the 49ers in this win or go home spot.

Caesar’s sportsbook remains the most generous leader in the industry for promotion offers for new users signing up. Their most recent great offer is a match bet of up to $1001. Whether your first bet on 49ers vs Rams wins or loses, they will credit you with free bets in the same amount wagered, up to $1001. They will also throw an NBA jersey your way!

Why Bet The 49ers

✅ While both teams have something to play for, the stakes are simply higher for the 49ers. The 49ers already got Elijah Mitchell back in the lineup, and are expected to have Jimmy Garoppolo back this week as well. Their offense will be at full strength for the matchup. Oddly, the running back presence of Mitchell probably carries more weight than Garoppolo. The 49ers run game has been truly mitigated when Mitchell does not play. He is back and at full strength and will once again be the life blood of the offense.

✅ The 49ers found great success against the Rams in the first matchup this season. Kyle Shanahan has previously found success against Sean McVay in the past, and that is likely to continue. The 31-10 49ers win in the first matchup featured only Cooper Kupp finding success for the Rams offense. While Kupp will find his production in any event, the 49ers might have a knack for stopping the rest of the offense. Matthew Stafford will have to protect the football for the Rams in a matchup I believe the wrong team is favored.

✅ The Rams are on a five game win streak, but have been anything but hot. They have more often than not eeked out wins against lesser competition. They surely have not been anything resembling dominant. Two of those wins have come while scoring just 20 points against the Seahawks and Ravens. Those are two defenses that should be exploited by higher end teams.