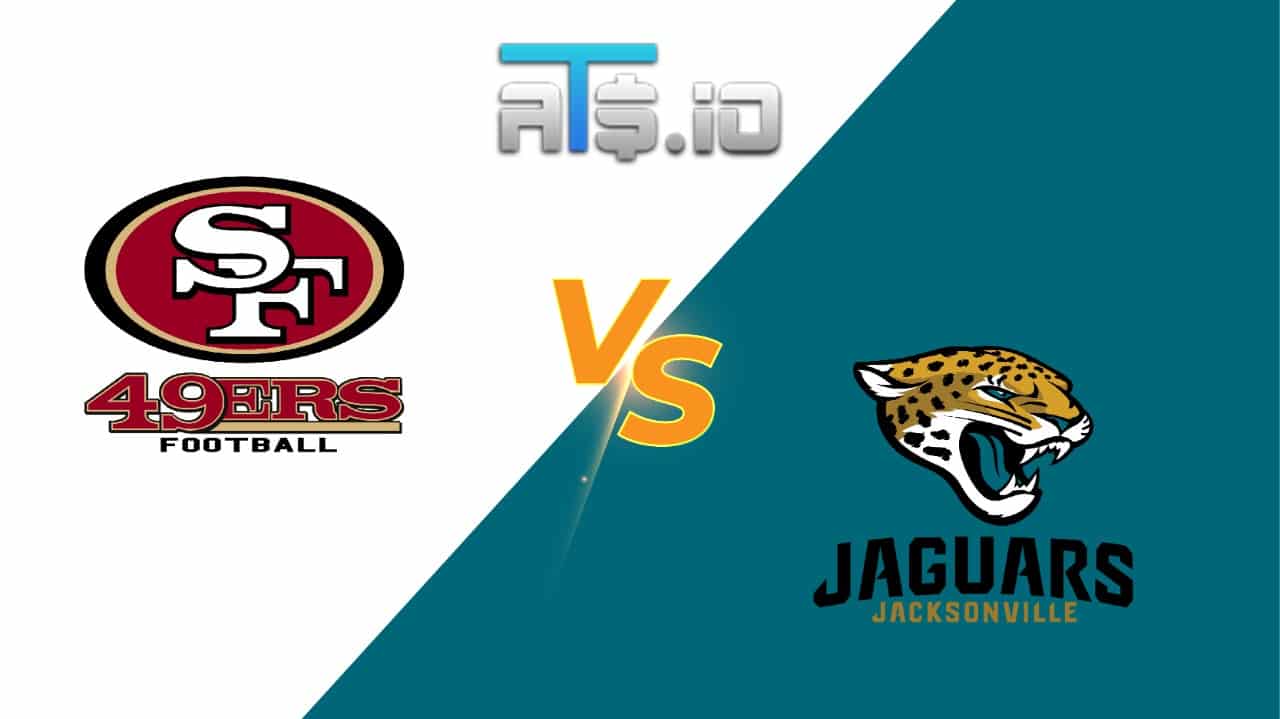 The 49ers travel to Jacksonville for an interconference matchup with the Jaguars. The Jaguars remain a low end team in the league, but have had more success of late. They have pulled off surprise wins in each of their last two home games. Wins against the Dolphins and Bills have taken them out of the discussion for worst team in the league. The 49ers have a similarly rough record, but should still be categorized a tier above the Jaguars. How will this one play out?

Caesar’s sportsbook continues to offer an amazing promotion for new users upon sign up. Their latest offer is a match bet of up to $1001. Whether your first wager on 49ers vs Jaguars wins or loses, Caesars will credit you with free bets in the same amount, up to $1001.

Why Bet The Under

✅ The Jaguars have figured out their key to competitiveness, when able. Running the ball more often than passing puts them in a reasonable position to not be blown out. That was their approach against a Bills team that should have overmatched them. The slowing of the game along with competent defense allowed them to pull off a 9-6 upset of the Bills in their last home game. They were not quite as run heavy in the home game before that, but still got the job done with a 23-20 win over the Dolphins.

✅ The 49ers are also a team that very much enjoys running the football. While that approach will not change, the effectiveness may in this particular game. Elijah Mitchell has filled in admirably for Raheem Mostert since the lead back went down for the season in Week 1. The 49ers are about certain to be without Mitchell this week. That leaves Jeff Wilson to fill in. Wilson is better utilized as a pass catching back than a runner. He will likely be out of place as a bell cow, and it could cause the offense to stall. This is just another contributing factor to what could be a slow low scoring game.

✅ Over the last three weeks, all Jaguars games have had 40 or fewer total points. While the 49ers outcomes have been higher scoring, they have had a couple road clunkers as well. Their road matchups at Philly and Arizona produced just 28 and 27 total points, respectively. Look for those trends to continue for both teams and for the point total to fall shy of 45.