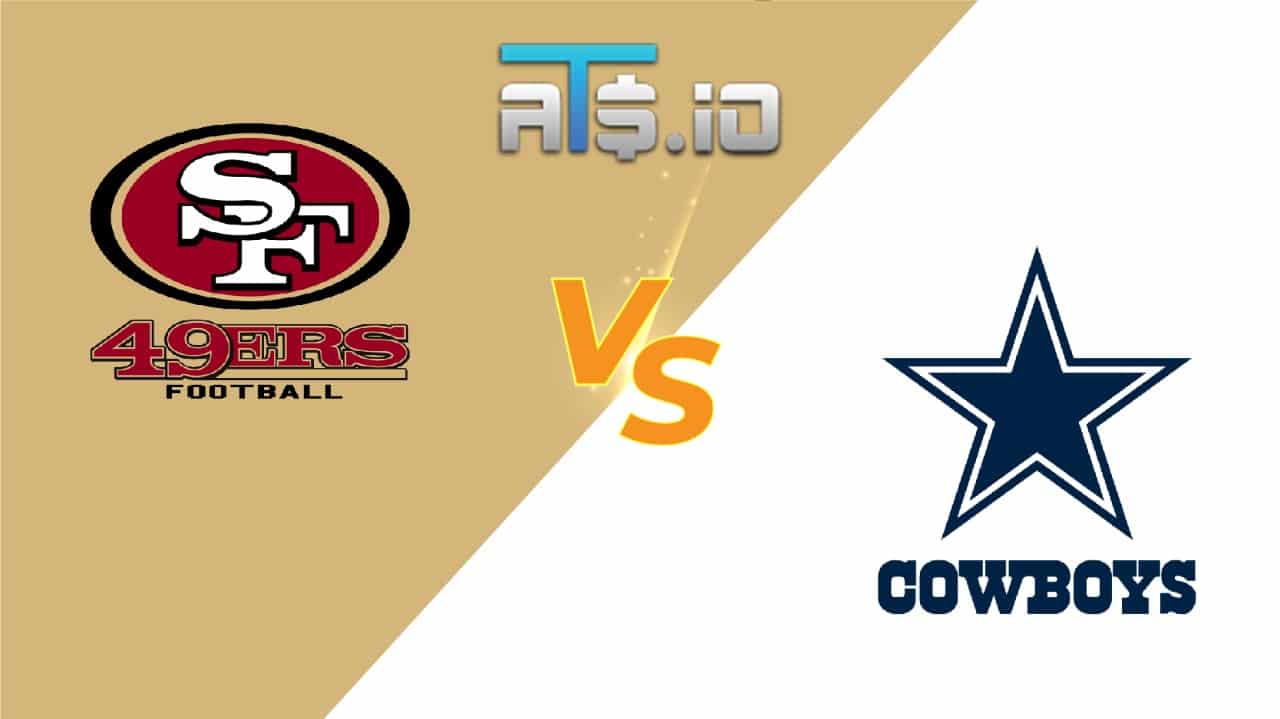 The San Francisco 49ers and Dallas Cowboys are two of the most successful teams in the history of the NFC. This week, they will have a chance to have further success in the Wild Card round against one another, as the winner moves one step closer to their goal of winning a Super Bowl. In our NFL predictions for NFL Wild Card weekend, we look at 49ers vs Cowboys from a betting perspective.

New bettors at FanDuel Sportsbook can get a risk-free bet for up to $1,000 on this 49ers vs Cowboys game, where they will be reimbursed their stake if the bet loses.

New users at FanDuel Sportsbook can take advantage of a risk-free bet on 49ers vs Cowboys that is worth up to $1,000. To use this offer, bettors can place their first bet on FanDuel on this game. If that bet wins, bettors will receive their profits and can use them as they see fit. On the flip side, a loss would result in bettors receiving the amount they risked back in site credit, up to that $1,000 mark.

Why Bet The Cowboys:

✅ Dallas has the highest scoring offense in the NFL, putting up 31.2 points per game this season. They have a better scoring defense than the Niners as well, and they should be able to use both of those components of their game to their advantage against this San Francisco team.

✅ Before putting together the second half they did against the Rams, the 49ers were getting crushed in the first half. That kind of inconsistent play is not going to work against a Cowboys team that keeps its foot on the gas pedal offensively and makes teams score with them in order to keep up.

✅ The Dallas Cowboys are an NFL-best 13-4 against the spread this season, while the San Francisco 49ers are just 9-8 against the number on the year. Expect the Cowboys to improve to 14-4 against the spread as they continue to press their advantage against a 49ers team that is fortunate to be in the playoffs.

Things were looking bleak for the San Francisco 49ers on the final day of the regular season. They trailed the Los Angeles Rams while the New Orleans Saints were beating the Atlanta Falcons, which nearly forced the Niners out of the postseason. But the Niners persevered and prevailed against the Rams to make the playoffs as the six-seed in the NFC.

If the Niners want to beat the Cowboys on the road on Wild Card weekend, they will need strong quarterback play from Jimmy Garoppolo. The Niners haven’t been able to count on Garoppolo consistently this season, but he did show up in a big way over the final 30 minutes against the Rams. He will need to avoid turnovers and find ways to get Deebo Samuel involved if the Niners want a shot here.

The Dallas Cowboys were lucky to face a Philadelphia Eagles team resting its starting quarterback in Week 18. Dallas took full advantage of that situation, beating the Eagles by scoring 51 points on Saturday. Now, the Cowboys have an extra day of rest and home field advantage as they look to get past the first round of the postseason.

One question for the Cowboys heading into this game will be how they deal with a tough opponent after facing so few of them as of late. Dallas lost to the Arizona Cardinals in their only real tough game as of late, while the Cowboys beat up on teams like the Giants, Football Team and Eagles. Dak Prescott has shown in the past that he is more than capable of beating good teams, but will need to do it again here.