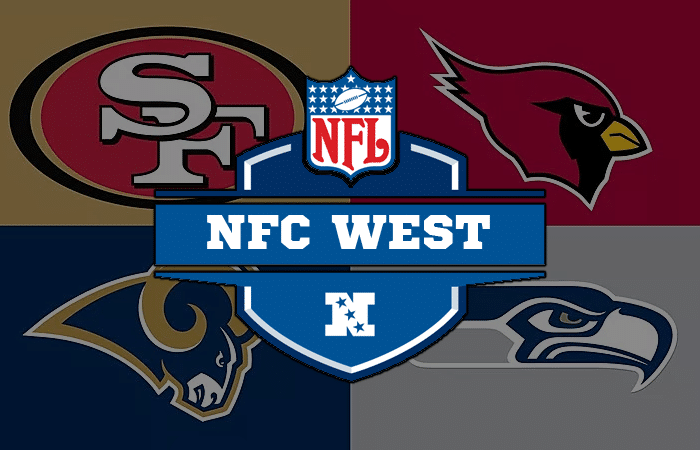 With the way they dismantled the Cleveland Brown on Monday Night Football, the San Francisco 49ers opened quite a few eyes. People that do not see them on a regular basis probably still thought they were a middle-of-the-road kind of team; one that was improving but not quite ready to compete.

But with how they played Monday night, they definitely appear ready to do just that.

Jimmy Garoppolo was efficient, the running game totaled 275 yards, and the defense smothered Baker Mayfield. As bad as the score looks (31-3), the game itself was much worse.

So—what should this tell us?

Are the 49ers a legitimate contender in their division? Are the 49ers a team you can feel confident about when you put money on them? The recent odds (via DraftKings) have the race in the NFC West pretty tight:

It is probably safe to say that the Arizona Cardinals can be eliminated from the equation. But, otherwise, the division is shaping up to be one of the more competitive ones in the NFL. Between the 49ers, Rams, and Seahawks—who is going to win the division?

Since the 49ers are undefeated right now, and the only undefeated team in the NFC, they do deserve to be the favorite. But oddsmakers must not expect them to remain in that position because they have the 3-2 Rams favored to beat the 4-0 49ers this week.

The Rams are coming off two straight losses, a defensive meltdown against the Buccaneers and a tight one versus the Seahawks. They squeezed past the same Browns the 49ers just clobbered on Monday Night Football. But they did dominate the Saints.

The Rams look like a good team but a wildly inconsistent team that is unsure of what its identity is going to be this season. With the 49ers, it appears to be bit clearer who they are—a dominant defense, run-oriented team.

San Francisco currently leads the NFL in rushing offense with 200 yards/game and ranks second in defense at 257.5 yards/game allowed.

So why isn’t San Francisco favored? Easy—because they haven’t been challenged yet. While the Rams have been far from perfect, since they did make it to the Super Bowl last season, we know how good they can be. But the 49ers are new to the ranks of the ‘good’ teams.

With wins over the Buccaneers, Bengals, Steelers, and Browns, they have yet to face a real challenge—but they will this week. Should they beat the Rams, then their odds will likely get even shorter, and the Rams odds (having already lost a division game to the Seahawks) will get a lot longer.

So—bet on the 49ers now or wait? Much like the Dallas Cowboys, they have developed an early reputation by beating up on bad teams. Had Jimmy Garoppolo played better than he has, it might be worth it to take a flyer on them before the odds get shorter.

But since the payout isn’t anything special (as far as winning the division goes), leave the 49ers alone for now.

Philadelphia Eagles Back To Being Favored To Win The NFC East—Because They Beat The Jets?

NBA Betting Tips: How Much Faith Do You Have In Russell Westbrook And Ben Simmons?