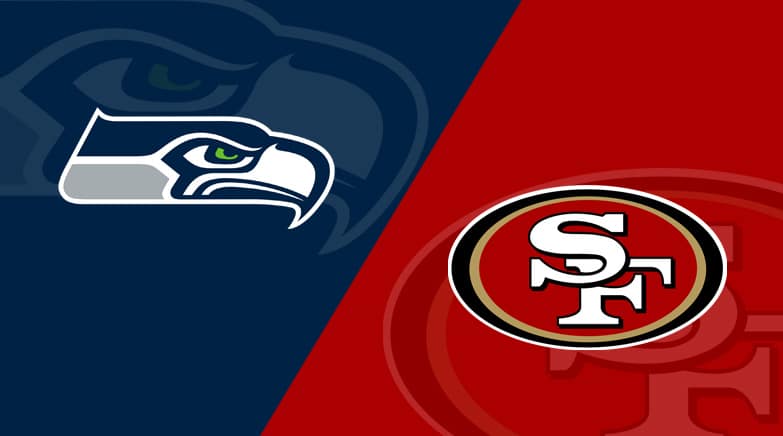 The NFC West may be the best division in football and Sunday, November 1, 2020, has an exciting matchup scheduled when the San Francisco 49ers (4-3) visit the Seattle Seahawks (5-1). Seattle leads the Arizona Cardinals and Los Angeles Rams by half a game in the NFC West. San Francisco is 1.5 games back. This game will air live on FOX at 4:25 p.m. EST.

The Seattle offense is averaging 33.8 points per game and 444.5 yards per game, 315.0 through the air and 129.5 on the ground. Chris Carson is the leading rusher with 323 yards and three touchdowns, and Tyler Lockett is the leading receiver with 45 receptions for 435 yards and seven touchdowns. Defensively, the Seahawks are allowing 28.7 points and 484.3 yards, 373.8 passing and 110.5 rushing.

Below is my best bet for Week 8 action between the San Francisco 49ers and Seattle Seahawks. All lines are from PointsBet Sportsbook

Last time out, the San Francisco 49ers visited the New England Patriots and left with a 33-6 blowout victory. San Francisco never trailed in this game and led by double digits from midway through the second quarter until the final whistle. Jimmy Garoppolo was 20/25 for 277 yards, zero touchdowns, and two interceptions. The offensive story of the day was running back Jeff Wilson Jr. who ran the ball 17 times for 112 yards and three touchdowns. San Francisco held the Patriots to 241 total yards of offense and forced four New England interceptions.

Seattle played in another Sunday night thriller when they visited the Arizona Cardinals and lost 37-34 in overtime. The Seahawks will be sick that they lost this one as they led 34-24 with under three minutes to go. Arizona scored a touchdown with 2:28 left and then hit the game tying field goal as time expired. The Cardinals won with a 48-yard field with 15 seconds remaining in the game. Russell Wilson had his worst game of the season as he went 33/50 for 388 yards, three touchdowns, three interceptions, and added an additional 84 yards on the ground. Tyler Lockett exploded with 15 receptions for 200 yards and three touchdowns.

Series History: The Seattle Seahawks have won 11 of the last 13 games and leads the all-time series 26-17.