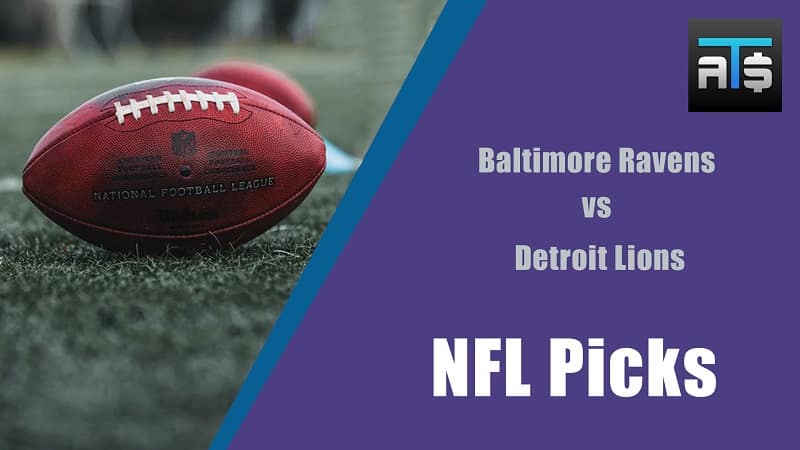 The Baltimore Ravens and Detroit Lions are perceived to have a massive gap in talent, as former NFL MVP Lamar Jackson leads the Ravens into Detroit to take on the 0-2 Lions. After a big win for the Ravens last week, Baltimore will look to avoid a letdown against a team that has struggled mightily on defense. In this week’s NFL best bets, we take a look at Ravens vs Lions in a game that the Ravens will look to put away quickly in Michigan.

Why Bet The Over:

✅ Through two games this season, the Detroit Lions have allowed 76 points, or 38 points per game. Only the Atlanta Falcons have allowed a higher point total per game than the Lions in the 2021 NFL season. That isn’t likely to change against a Ravens team that puts up points in bunches.

✅ Baltimore hasn’t been great defensively either this season. They have allowed an average of 34 points per game through two contests, including a game against a Las Vegas Raiders team that has plenty of flaws on the offensive side of the ball. The Lions have been able to move the ball effectively this year, and that is also likely to continue in this Ravens vs Lions contest.

✅ The injuries in the secondary for the Ravens should help Jared Goff find receivers using the short to intermediate routes that he likes to take advantage of most. While Goff’s limitations in the vertical passing game are hard to ignore, he showed against the Packers and 49ers that he can still put up numbers throwing the ball his way.

The Baltimore Ravens put forth arguably the most impressive performance during Week 3 of the NFL season. They mounted a furious second half comeback to beat the Kansas City Chiefs, in a game where the Ravens trailed by 11 points down the stretch. Lamar Jackson was brilliant both in the air and on the ground, taking advantage of a suspect Chiefs defense, while protecting the ball after throwing an interception on Baltimore’s first possession.

For the Ravens, the defense has been a question mark despite the fact that their offense has been performing at a high level this season. Injuries certainly play a role there, but the Ravens have struggled to stop two AFC West offenses in two weeks of action. And while the Lions don’t have quite as explosive an offense as the Chiefs and Raiders, to put it lightly, Detroit can still take advantage of the suspect Baltimore defense.

Each of the first two games of the season for the Detroit Lions has been a tale of two halves. In losses to the 49ers and Packers, the Lions played one very competitive half of football, while falling apart in the other half of action. On Monday night against the Packers, the Lions held the lead going into halftime, but were blown out in the second half to allow the Packers to win that game handily at Lambeau Field.

The Detroit Lions’ schedule has been brutal over the first three weeks of the season, with the Ravens capping off a three-game stretch where the Lions have to face Super Bowl contenders. With a defense that is very thin in the secondary, thanks in large part to the season-ending injury to Jeff Okudah, Detroit is going to have to figure out a way to defend both the passing and running ability of Lamar Jackson.