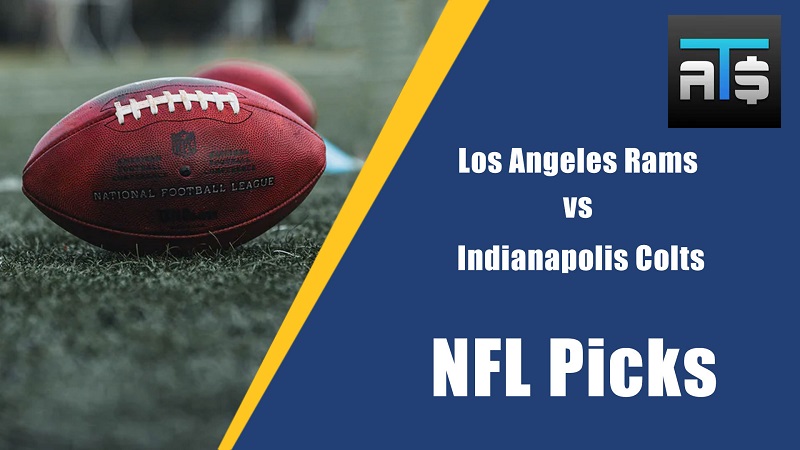 The Los Angeles Rams made a statement to start the 2021 NFL season, beating up on the Chicago Bears at home. Their Week 2 opponent, the Indianapolis Colts, lost at home to start their season against the Seattle Seahawks. This week, the Colts host their second straight home game as they look to get into the win column. In our NFL betting picks, we look at Rams vs Colts and provide our best bet for this encounter.

New bettors can choose from two great offers. Take either a $1000 risk free first bet or Bet $20 Win $100 win or lose on any football game! Earning either of these is simple with these four steps:

Risk Free Bet up to $25: Get a risk free bet up to $25 when you bet on the first TD scorer of the game! Take Johnathan Taylor or Wentz’s favorite endzone target Zach Pascal.

NFL One Game Parlay Insurance: Get your stake back up to $25 if one leg loses in your one-game parlay! Take the Colts & the Over in a 1 game parlay!

Why bet the Rams:

✅ The Rams are the last team that an opponent wants to face when they are dealing with offensive line injuries. With Eric Fisher and Quenton Nelson both being at less than 100%, the Colts could struggle against a Rams team that can penetrate even a healthy offensive line with their weapons up front.

✅ Matthew Stafford restored a verticality to the Rams’ passing game that simply was not there when Jared Goff was their quarterback. The Colts are still dealing with injury concerns to Xavier Rhodes, and their defensive backfield showed against Seattle that it isn’t where it needs to be quite yet.

✅ Los Angeles was spectacular on third down last week, converting 54% of their third down attempts. The ability to throw short and long had a palpable impact on their ability to keep the chains moving.

The first game of Matt Stafford’s tenure with the LA Rams could not have gone any better. Stafford threw for 321 yards and three touchdowns, throwing just six incomplete passes, in the Rams’ 34-14 blowout win over the Chicago Bears. He will look to follow up his impressive opening week on the road against a Colts team that is banged up all over the field.

For the Rams, the question ahead of this matchup will be whether or not they can keep the ball moving consistently when big plays aren’t there. Los Angeles scored touchdowns on two separate pass plays of 50 yards or more, which may not always be there this season. It will be interesting to see in Week 2 how the Rams respond if they are not able to get ahead of schedule offensively.

The Indianapolis Colts were one of four teams across the NFL to lose to a NFC West opponent to kick off the 2021 season. They fell to the Seattle Seahawks in Week 1, with Seattle hitting multiple deep passes to Tyler Lockett en route to a comfortable victory. Carson Wentz was serviceable in his first game as a Colt, but will need to be better to keep up with the more explosive offenses in the NFL.

This is an interesting scheduling spot for the Colts, as they get set to take on a division opponent in the Tennessee Titans after this game. While the Rams also have a big game in Week 3 against the defending champion Buccaneers, an upcoming division game could have a big chunk of the Colts’ attention in the days to come.