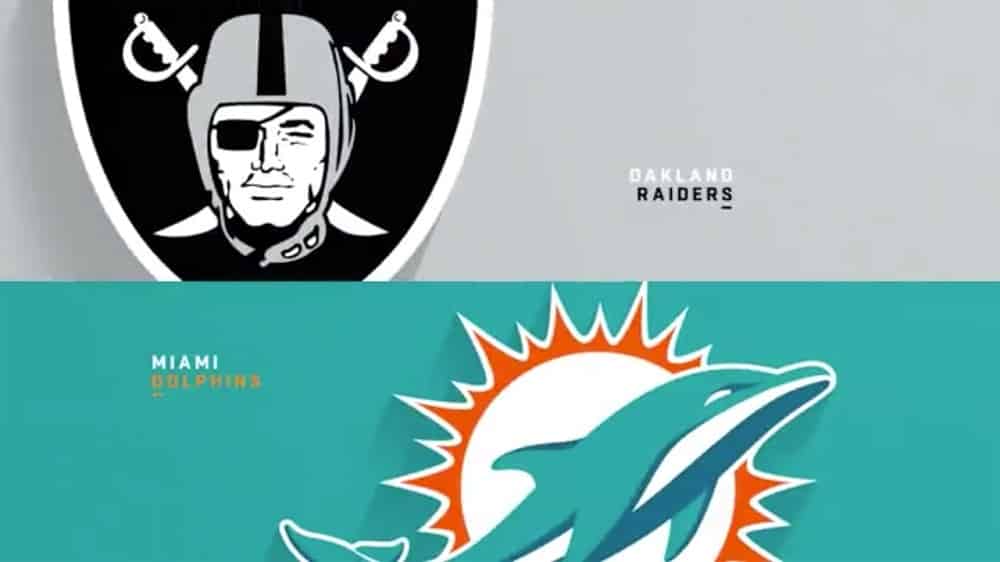 The Raiders have the look of a surprise contender, and will try to keep their hot start to 2021 rolling. Their start with wins against the Ravens and Steelers is arguably the most impressive of any team. They host the Dolphins on Sunday, and the Dolphins have the most key of questionable players heading into the matchup. Tua Tagovailoa was knocked out of the game last week with injured ribs. It was painful enough for him that he needed to be carted off. The Dolphins will need him available if they are to be competitive. They were shut out last week without him.

Why bet the Raiders?

✅ The Raiders are off to an impressive and scorching start. They’ve botched two wins against tough AFC North teams, and actually settle in at home for their easiest matchup to date. Years of consistency under Jon Gruden seems to finally be paying off. The offense is easily the best it has been in the Gruden era. A big part of that is the youthful wide receiving corps taking a step forward. Last season there was essentially no threat after elite tight end Darren Waller, but that has changed this season. The defensive side of the ball has also improved, as they were previously something of a pushover. This team is better and more balanced than most of us were prepared to accept.

✅ If Tua Tagovailoa is unable to suit up on Sunday, the Dolphins are in a world of trouble. Jacoby Brissett relieved Tua in Week 2 and he was simply atrocious. It was not by accident that they were shut out by the Bills. Without Tua, the offense simply has no juice and will be underwhelming and boring for any period he misses. Even in their Week 1 win, the Dolphins managed just 17 points. This offense was hanging by a thread with Tua on the field, and is very much in the conversation of the league’s worst with him off the field.

✅ The strength of this play truly comes down to the availability of Tua Tagovailoa. If he plays, the Raiders are a strong play that are still likely to win and cover. On the other hand, if Jacoby Brissett is under center to start the game, this is perhaps the strongest play and best line we have gotten all season. Get this play in early as the line will not shrink, but it could grow in a big way as the news cycle plays out this week.

***UPDATE*** Tagovailoa was ruled out one hour after publishing. Get your bets in before this line skyrockets.