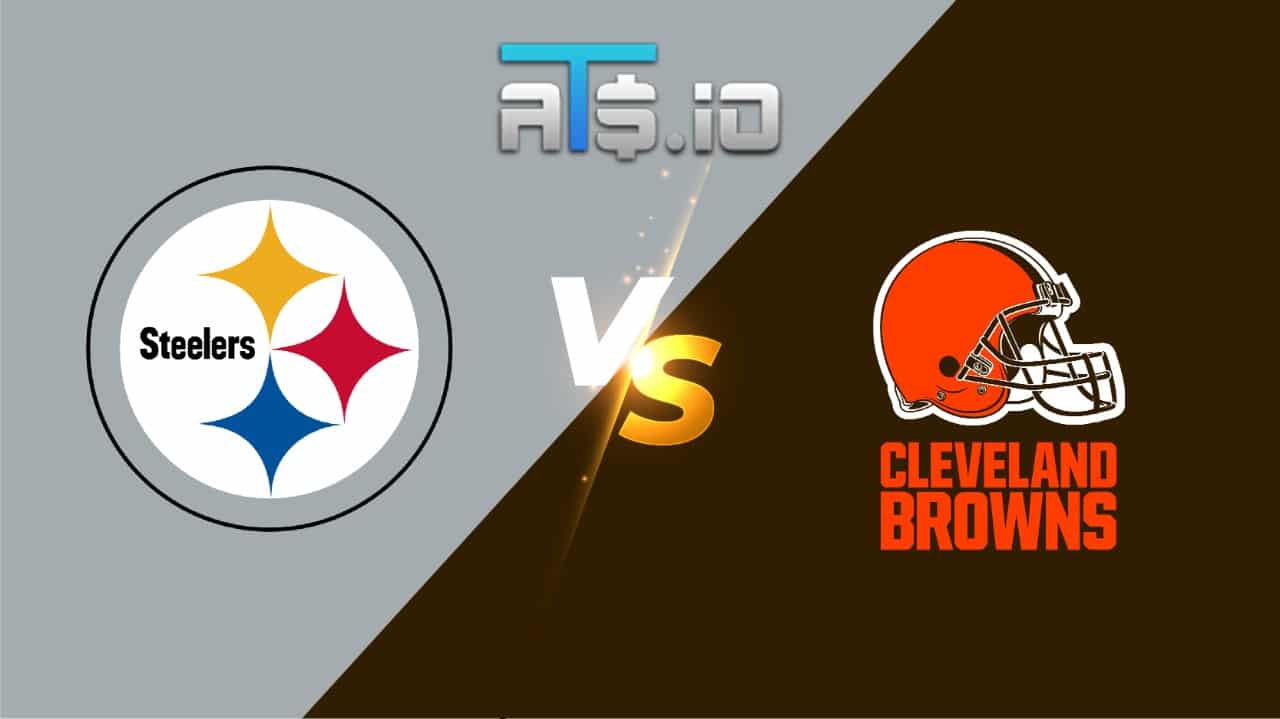 The NFL Week 3 schedule will open with a matchup between AFC North rivals on Thursday Night Football. The Pittsburgh Steelers and Cleveland Browns both go into Week 3 with 1-1 records, and the winner of this contest will get a huge early season victory in their division. In our NFL picks for Week 3, we take a look at Steelers vs Browns to determine where the value is in the betting markets ahead of this important rivalry game.

Ahead of this Thursday night contest, new players at BetMGM and Caesars Sportsbook can claim multiple bonuses to get some extra value when betting on this contest. BetMGM is offering bettors the ability to bet $10 and win $200 just for a touchdown being scored. Bettors can also get their first bet on Caesars for up to $1,250 after signing up there using the code below. Bettors can use one or both of these offers when betting on Steelers vs Browns.

Why Bet The Under:

✅ Right off the bat, the quarterback matchup between Mitchell Trubisky and Jacoby Brissett just screams for the under to be taken in this contest. Both quarterbacks are in the bottom-seven in yards per pass attempt among quarterbacks so far this year, putting them under guys like Trey Lance and Daniel Jones. The lack of explosive passing offense in this game will help drive the total under, and this line should move under 40 this week.

✅ From a game script perspective, the Steelers and Browns prefer to keep the ball on the ground due to their quarterback limitations. Cleveland is especially ground-oriented, as they have two backs in the top-20 in carries through two weeks. Expect a lot of running, which will mean a lot of running clock, and an under in Cleveland.

✅ Statistically, the Steelers have been arguably the worst offensive team in the NFL so far this season. They are tied for the second worst yards per play average in the league, 0.1 yards per play better than the last place Texans. Here, they are going to once again have trouble moving the ball against a Browns defense that has been great with the exception of late-game passing situations, where Trubisky won’t be able to hurt them.

Heading into this Steelers vs Browns contest, the Pittsburgh Steelers split their first two games against AFC opponents. They beat the Cincinnati Bengals on the road in Week 1, in a win that has not aged well after seeing how the Bengals performed against the Dallas Cowboys. Pittsburgh then lost 17-14 to the New England Patriots, in a game where the Steelers could not get their offense going.

The Steelers gained just 243 yards of offense against the Patriots, with Trubisky throwing for just 168 yards. Pittsburgh’s running game was not much better, as Najee Harris failed to break 50 yards on the ground in the losing effort. Against a Browns team that is not elite with its offense, Pittsburgh will not have to have a huge offensive game to win on Thursday, but they do need to show some signs of life to get there.

With two minutes to go against the New York Jets in Week 2, it looked like the Cleveland Browns were cruising to a 2-0 start to the season. Instead, the Browns completely fell apart in the final minutes of the game. They blew a coverage, leading to an easy touchdown to bring the Jets within six points, then allowed the Jets to recover the ensuing onside kick and march down the field to steal the game from the Browns.

Now at 1-1 instead of 2-0, the Browns will look to rebound against the Pittsburgh Steelers. In order to do that, the Browns have to avoid the blown coverages late in games that have happened for two straight weeks. In Week 1, it was Robbie Anderson getting behind the Cleveland defense in a two-possession game. Now with Corey Davis doing the same for the Jets in Week 2, the Browns have to stop this trend from going any further if they want to avoid sinking below .500.