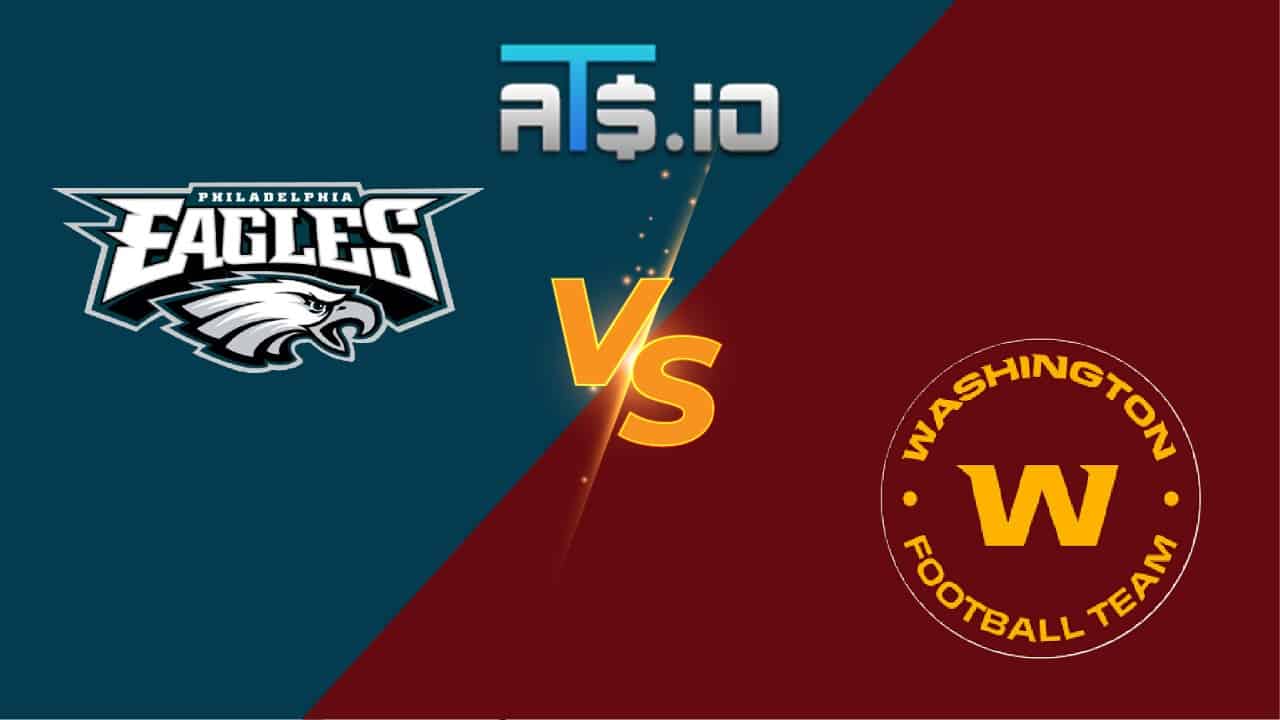 New bettors at Caesars Sportsbook can get a matched bet bonus of up to $1,001 when they bet on this Eagles vs Football Team matchup.

Caesars Sportsbook is offering new players the ability to get a matched bet bonus on their first wager with Caesars. To do so, bettors can risk up to $1,001 on Eagles vs Football Team and receive that amount in free bets regardless of the outcome of the game. Bettors can also profit from their bet in addition to receiving those free bets, for a potential triple up on their first bet at the site.

✅ The Eagles have won each of their last three games by double digits, beating the Jets, Football Team and Giants convincingly. With team chemistry issues surrounding the Football Team late in the season, the Eagles should be able to pick up a second big win over them in a three-week span.

Philadelphia is hitting its stride in the NFC, winning three straight games to go from 5-7 to 8-7 on the year. With that win streak, the Eagles now control their own destiny in the NFC playoff race, as they will make the postseason if they manage to beat both the Football Team and Dallas Cowboys over the last two weeks over the season.

If the Eagles are going to beat the Football Team for a second straight time this season, they will need to continue to move the ball effectively using their unpredictable offense. Philadelphia has been effective with both the run and the pass as of late, as they have given their running game more of a chance to shine in recent weeks. Even without Miles Sanders, the Eagles should like their chances here against the reeling Football Team.

Last week was one of the darker moments in the recent history of the Washington Football Team, as they were demolished 56-14 by the Dallas Cowboys. Washington gave up 42 points in the first half of that game, and weren’t competitive from the beginning of the Sunday night game. Here, they will look to play better, though that isn’t a high bar to clear based on the way the Football Team played in Week 16.

If Washington does want to play better, they are going to need to show up defensively. They allowed the Cowboys to pass the ball at will against them last week, and that isn’t going to work against the Eagles either.