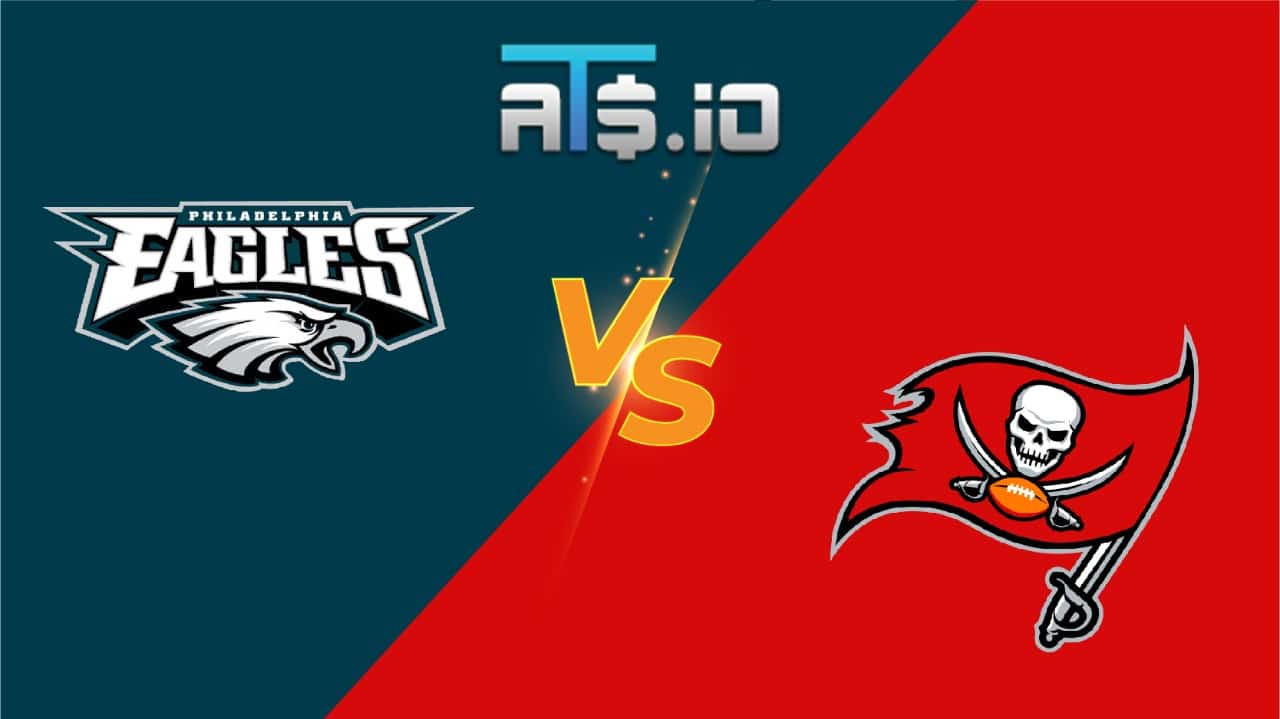 The Sunday slate on NFL Wild Card weekend is between the Philadelphia Eagles and Tampa Bay Buccaneers. Tampa Bay won the matchup between these teams earlier in the season, and the Eagles will look to get revenge with a playoff upset. In this week’s NFL betting picks, we examine Eagles vs Buccaneers in the Wild Card round.

On Wild Card weekend, new players at DraftKings Sportsbook can wager on this Eagles vs Buccaneers game at a massive value price. Bettors can put $5 on either team to come away with this game on the moneyline. If that moneyline bet is successful, bettors will receive $280 in free bets from DraftKings.

Why Bet The Buccaneers:

✅ Philadelphia’s greatest strength is its running game, as the Eagles rank in the top-five in yards per carry this season. With their ability to run the ball traditionally and with Jalen Hurts, the Eagles should be able to limit the number of possessions in this game and give themselves a fighting chance to cover as a sizable underdog.

✅ These two teams are separated by 0.1 yards per pass attempt on offense this season. Despite the obvious differences between Tom Brady and Jalen Hurts, Hurts has held his own this season and could carry the Eagles to a surprising outcome in this game against the second seed in the NFC.

The Philadelphia Eagles lost their final game of the regular season, but got some rest out of it. They were blown out by the Dallas Cowboys, playing backup quarterback Gardner Minshew instead of their normal starter in Jalen Hurts. This week, they will be back at full strength and looking to get revenge on a Bucs team that beat them on Thursday Night Football earlier in the season.

For the Eagles to contend for a spot in the Divisional round, they will need to utilize one of the best rushing attacks in the league. The combination of a mobile quarterback in Jalen Hurts and a running back stable that includes Boston Scott and Miles Sanders makes this team hard to stop on the ground. If the Eagles can use their running game to play keep-away from Tom Brady, Philadelphia may just be able to do this.

The Tampa Bay Buccaneers beat a listless Carolina Panthers team in Week 18 to finish the regular season with the second seed in the NFC. Now, the Bucs will go into the postseason as one of the favorites to win the Super Bowl. And they will look to take down an NFC East team in the first round for the second season in a row here.

For the Bucs, the biggest positive coming out of Week 18 is that Tom Brady and Mike Evans were operating together at the highest level. They connected on multiple occasions against the Panthers, which they will look to do again when they face the Eagles. With all of the injuries and turmoil in the receiving corps for the Bucs, that connection could make or break the Bucs this postseason.