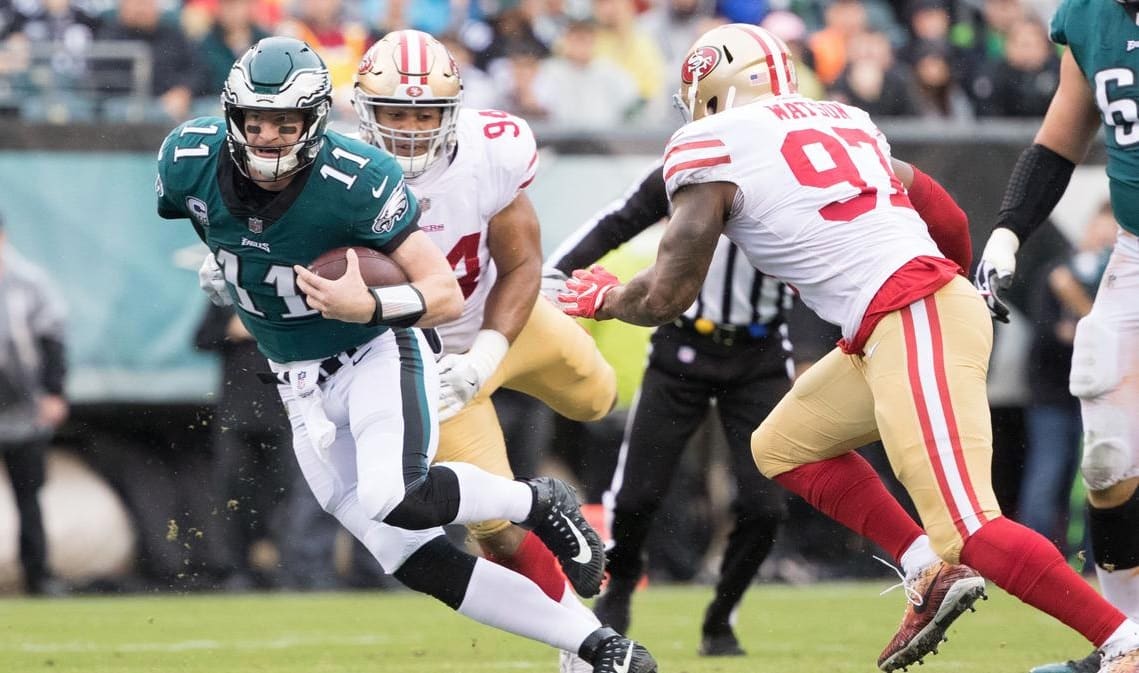 A game that looked much more enticing a few weeks back is set for Sunday, October 4, 2020, when the Philadelphia Eagles (0-2-1) visit the San Francisco 49ers (2-1) in a game that is riddled with injured players. Philadelphia stinks and San Francisco should be a power once they get their key players back. This game will air live on NBC at 8:20 p.m. EST.

Below is my best bet for Week 4 action between the Philadelphia Eagles and San Francisco 49ers. All lines are from DraftKings Sportsbook.

The Philadelphia Eagles stink. Philadelphia hosted the Cincinnati Bengals and needed a fourth quarter comeback to get a 23-23 tie. Cincinnati was the better team all day, but three drives that could have ended in touchdowns ended in field goals and costed them the game. Carson Wentz struggled yet against as he threw for 225 yards, one touchdown, and two interceptions. Running back Miles Sanders, 95 rush yards, and wide receiver Greg Ward, 72 yards and one touchdown, were the only good Eagles on the day. The Philadelphia offense had 381 total yards of offense and two turnovers.

San Francisco played their second consecutive game in New Jersey and came away with their second consecutive win as they beat the New York Giants 36-9. Nick Mullens started at QB for an injured Jimmy Garoppolo and passed for 343 yards and one touchdown against a lifeless Giants defense. Running back Jeff Wilson Jr. rushed for 15 yards and one touchdown and added an additional 54 yards through the air and one more touchdown. The San Francisco 49ers held the Giants offense to just 231 total yards and force three turnovers.

Series History: Philadelphia won the most recent meeting, back in 2017, but San Francisco leads the all-time series 19-13-1.