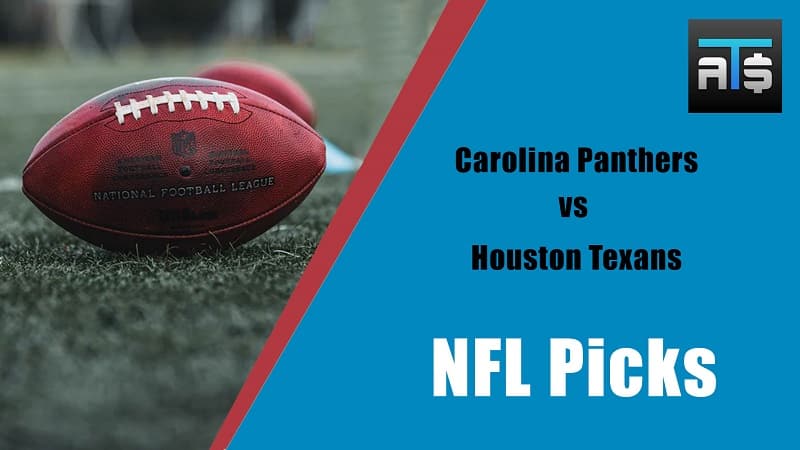 The first game of the NFL Week 3 schedule will take place in Houston, as Panthers vs Texans pits a 2-0 Carolina squad against the 1-1 Houston Texans. Both teams have outperformed their expectations so far this season, and the winner of this game will continue to do so. In this round of NFL betting picks, we take a look at the Carolina Panthers and Houston Texans, as the NFL gets back into gear for the week.

Why Bet The Texans:

✅ The Houston Texans have covered the spread in both of their games so far this year, including last week on the road against the Cleveland Browns. While the quarterback situation is less than ideal for the Texans in this game, they are still in a position to cover a big number here.

✅ This is the first road game of the year for the Carolina Panthers. They looked great at home against the New York Jets and the New Orleans Saints. But on a short week with their first road game looming, the Panthers are likely to regress from what we have seen so far this year.

✅ Brandin Cooks of the Texans is currently fifth in the NFL in receiving yardage so far this year. He is the best receiver the Panthers have had to face so far this season. Even with Davis Mills at quarterback, Cooks should be able to help the Texans move the ball enough to remain competitive here.

The Carolina Panthers were expected to finish behind the Tampa Bay Buccaneers and New Orleans Saints heading into this season. But the Panthers are tied for first place in the NFC South through two weeks, with a division win already under their belt. They were one of the most impressive teams in the league in Week 2, when they shut down the New Orleans Saints en route to a convincing victory.

For the Panthers, the question is whether or not they can continue rolling as a road team for the first time this season. Last year, the Panthers had a 3-5 record on the road, and will look to get off to a good start away from home with a win over the Texans. If that is going to happen, the Panthers will need their defense to continue to play well, as they have allowed just 21 points in two games thus far.

Expectations were low for the Houston Texans coming into this season, with HOuston being thought to be a candidate to go winless heading into the year. But the Texans have played well to this point, winning their opener against the Jacksonville Jaguars and playing competitive football in their loss to the Cleveland Browns. But things are set to get tougher for the Texans, as they are going to replace the injured Tyrod Taylor with backup quarterback Davis Mills.

In this game, the Texans will have to keep Mills in positions to succeed by staying ahead of the chains. Carolina has not made that easy on the Jets or Saints so far this year, but the Texans being at home in this matchup could hinder the Carolina defense. Whether or not Mills can play well enough to convert third downs and keep the Texans offense moving will be a huge factor in deciding this game.