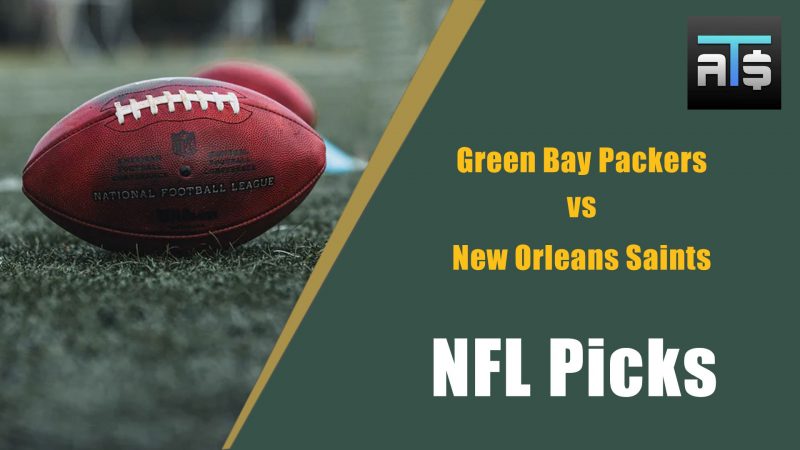 In Week 1 of the NFL season, the Green Bay Packers and New Orleans Saints meet in what could be a potential preview of the NFC Championship Game in January. Despite some turbulence pertaining to the quarterback position for each team this offseason, both sides appear poised to make another run in the playoffs. In this look at Week 1 NFL predictions, we take a closer look at this Packers vs Saints September showdown and provide our best bet for the occasion.

Why bet the Saints:

✅ It can’t be overstated how much of an upgrade Jameis Winston will be at quarterback for the Saints over last year’s version of Drew Brees. Brees was one of the worst quarterbacks in the league at throwing downfield last year, to the point that his average air yards per attempt was even worse than Jared Goff’s. With Winston able to stretch defenses vertically, the Saints should be a factor in games like this one against tough competition.

✅ One of the big stories of this game is the fact that it was supposed to be a home game for the New Orleans Saints, but was moved to Jacksonville. Home field advantage is important, but defense travels no matter where NFL games are played. Fortunately for the Saints, they have the better defense heading into this September contest and should be able to slow down Aaron Rodgers and company despite the strange circumstances to start the season.

✅ Even though he is back to play for the Packers this year, there are still clearly some chemistry issues to work through between Aaron Rodgers and Green Bay. Those issues may not show up on the field, but the Saints’ aggressive style of football on defense will only exacerbate any existing issues between Rodgers and the rest of his team.

It was a turbulent offseason for the Green Bay Packers, but they are ready to put that behind them and start focusing on regular season games. Getting Aaron Rodgers back into the building was the biggest hurdle the Packers could face all year, as they are favored to repeat as NFC North champions. But to get off to a good start to this year, they will have to win a matchup that could be one of the toughest they face all season.

The Packers’ success is heavily predicated on the success of its passing game, with two of the best players in the league in Rodgers and Davante Adams teaming up to help Green Bay win many games. But the Packers will have to overcome a Saints squad that is good at getting after quarterbacks, which was what doomed them in the playoffs last season.

What was supposed to be a home opener at Caesars Superdome for the New Orleans Saints has turned into a neutral site game to kick off the season. But the Saints will come into their season opener with a climate advantage over the Packers, as this game in Jacksonville could showcase that the Saints are used to games in warm weather thanks to their practice time in Southern Louisiana.

On the field, the Saints are hoping that Jameis Winston can avoid turning the ball over this season to give them a chance to have a special season. Winston is said to be seeing the field better after having laser eye surgery, but that theory will be put to the test against a legitimate Super Bowl contender in the Green Bay Packers.