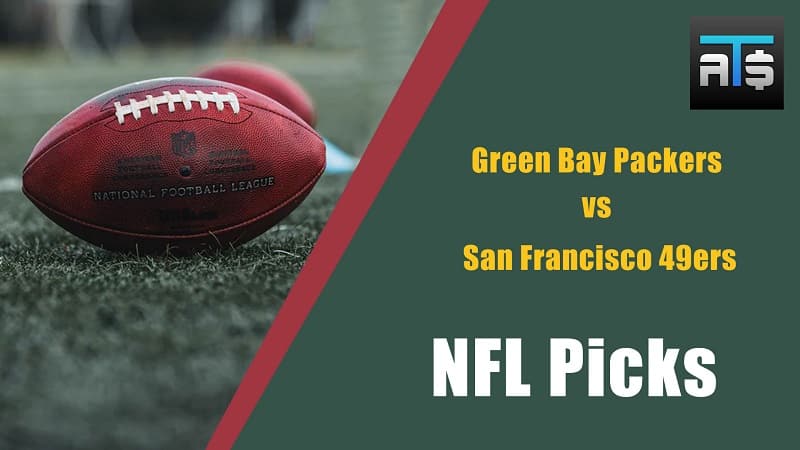 Packers vs 49ers is one of the marquee games of the NFL Week 3 slate, and it is taking place on Sunday Night Football. The Packers rebounded nicely from their Week 1 debacle with a win last Monday night, while the 49ers are off to a 2-0 start. In this week’s NFL predictions, we take a look at this matchup between the Packers and Niners and decide where the best bet is for this battle of historically great NFL franchises.

✅ The Packers had a strong second half against the Detroit Lions, but have looked bad in three of the four halves they have played so far this season. The 49ers, meanwhile, have imposed their will in the vast majority of their games to this point in the young season.

✅ So far this season, the Green Bay Packers are averaging 4.9 yards per play, which is a bottom-10 average in the league to this point in the year. The Jacksonville Jaguars’ anemic offense boasts the same average through two weeks. That will not be good enough against a 49ers defense that showed up in a big way against the Eagles last week on the road.

✅ Pass defense has been a concern so far for the Packers, which will hurt them here. They allowed five touchdown passes from Jameis Winston, and for Jared Goff to carve them up in the first half on Monday night. Things will not improve in this road game on a short week.

The Green Bay Packers picked up their first win of the season, beating the Detroit Lions on Monday Night Football to close out Week 2. The first half saw the Packers fall behind, but Green Bay turned things up offensively to dig themselves out of the small hole they were in and to pull away from Detroit in the final quarter of play.

This is a spot that typically isn’t kind, as a team coming off of a big win on Monday night has to travel across the country for a game on a short prep week. Though Aaron Rodgers is one of the all-time greats at his position, he is in a spot that is less than advantageous here. Whether or not he can work his magic to avoid dropping back below .500 remains to be seen.

The San Francisco 49ers were in a rough scheduling spot last week, when they had to play a second straight road game in the early game window on Sunday. They passed that test, clamping down defensively on the Philadelphia Eagles to win a low-scoring game. This week, their defense will have to dig in once again to defeat the Aaron Rodgers-led Green Bay Packers.

This Packers vs 49ers contest could be one where the loss of cornerback Jason Verrett really hurts the 49ers. With Davante Adams being one of the top receiving threats in the NFL, there is no telling how much damage he could do without Verrett in the lineup. But the Niners are still well coached and have a defense that could still make things tough on Rodgers, Adams and the rest of the Packers.