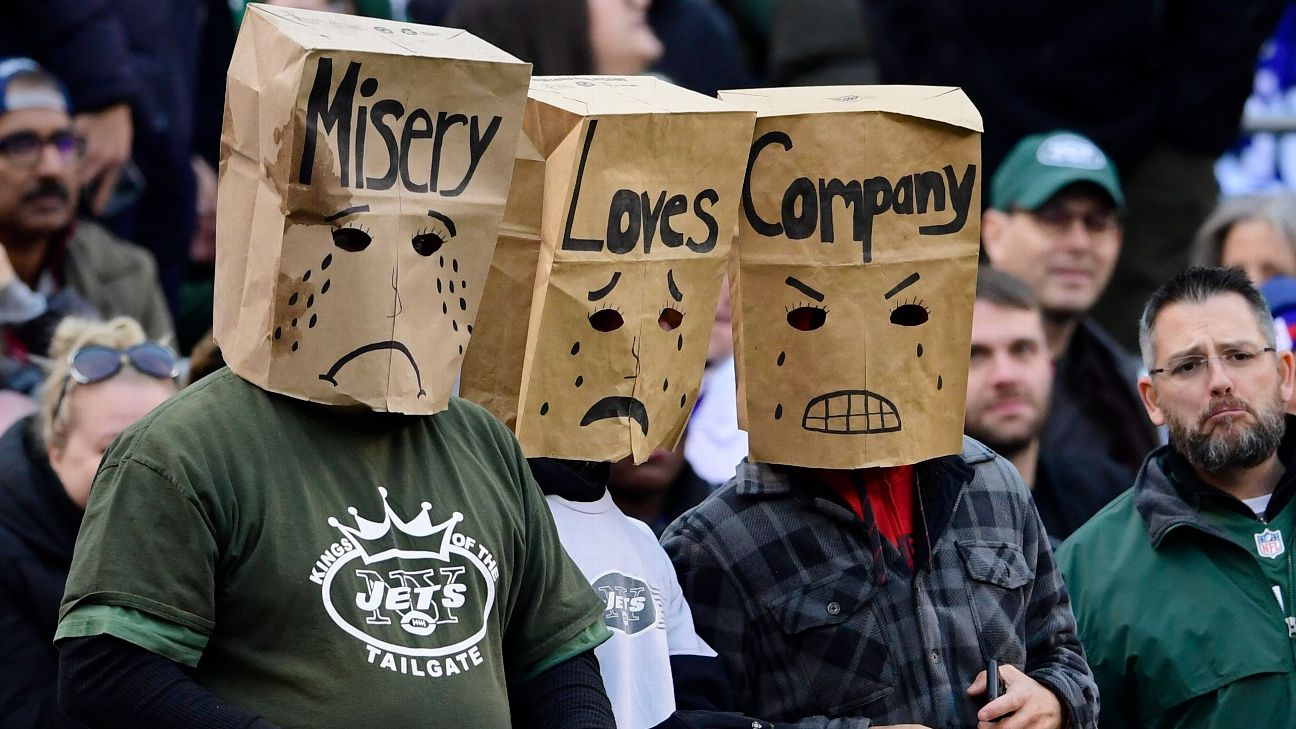 No one wants to be that team, but someone must be— the one with the worst record in the NFL. For whatever reason, things just did not work out, not even a little bit. Maybe there were too many injuries, or perhaps the coaching staff did a miserable job preparing the team from week to week.

Or maybe the team was just bad.

This season, there is one team that will come to mind almost immediately, and that team is the favorite according to the online sportsbook FanDuel:

The New York Jets are the obvious choice since they have yet to win a game, and there is reason to doubt if they are even going to win one. According to FanDuel’s odds, they have a 25.64 percent chance of going winless and an 80.39 percent chance of winning at least one.

However, if their effort against the Buffalo Bills last week is any indication, there might be some fight left in the Jets. They held the lead until late in the third quarter. But it is hard to say who they might beat.

It is hard to say they have a real shot against anyone left on their schedule with how they have played. But it would not be unheard of for someone to have a bad game against them on a day when everything seems to go right for the Jets.

But it wouldn’t take much for them to lose their ‘status’ as the team with the worst record. Six teams currently have only one win—the Texans, Giants, Jaguars, Vikings, Falcons, and Bengals. Heck, the Patriots, Chargers, Cowboys, Broncos, and Washington only have two.

Washington and the Giants get to play the Cowboys again; they will get at least one more win. Both have decent defenses and could actually steal one or two additional wins. The Chargers have been too competitive not to win a few more.

With games against the Chargers, Falcons, and Dolphins, the Broncos could still record three or four wins. Houston has been the victim of a brutal schedule and coaching this season. But with the worst behind them, including their former head coach, their offense is too explosive not to win a few more.

Cincinnati and Atlanta have been competitive in many games and are bound to get a lucky bounce in a couple of games. Washington might win the NFC East.

That leaves the Cowboys, Jaguars, and the Jets. So—who should you bet on?

The safe bet is the New York Jets, of course. But there is a whole lot of value in the Dallas Cowboys. With their defense looking as bad as it does and the number of injuries the offense is dealing with, they might not win another game.

That still means the Jets have to win a pair of games at least, but at +2300, the risk is absolutely worth the reward.