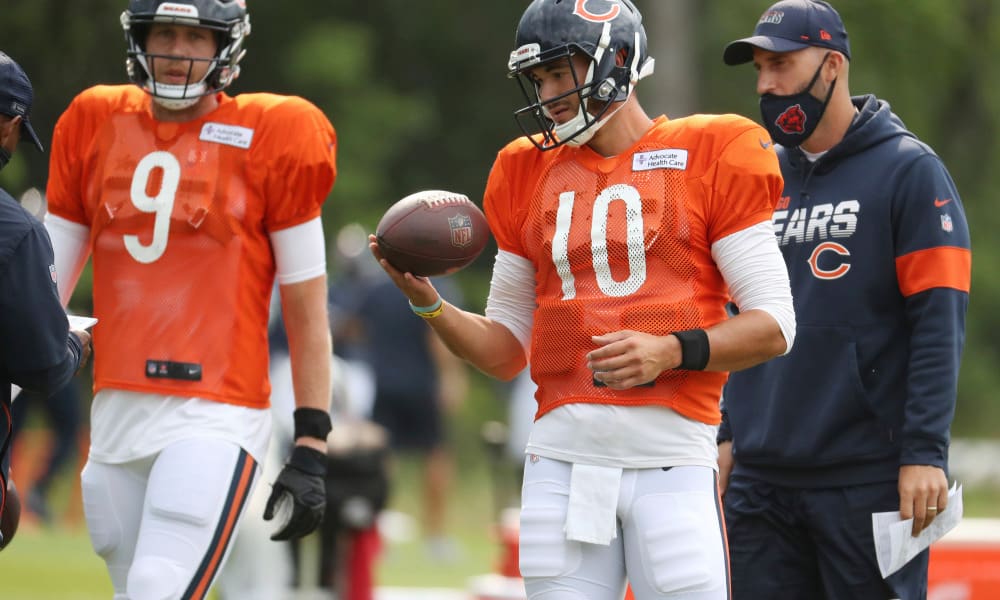 When the Chicago Bears traded up to take Mitchell Trubisky with the No.2, they made their intentions clear. He was going to be the future franchise quarterback for the Bears. However, with the addition of Nick Foles to the roster, Chicago doesn’t seem to hold Trubisky in as high regard anymore.

Fans will forever remember Foles as the guy who came off the bench twice for the Philadelphia Eagles to lead them into the postseason—and even winning a Super Bowl! Sounds like the kind of guy you want starting at quarterback, right?

Oddsmakers sure seem to think so. They have Foles favored to be the starter in Week One (odds via DraftKings):

Just bringing Foles in was enough for some to assume the Bears have written off Trubisky after last season. To make matters worse for Trubisky, the Bears decided not to pick up his fifth-year option. So, if he does not do enough to earn the job this year, he will likely be out of a job next year.

Word out of training camp on both quarterbacks has been a mix of good and bad, which explains why head coach Matt Nagy has yet to name a Week One starter. When asked when he would, he had this to say (via NBC Sports):

“That’s something internally that we’re going to stick to, but I would say for you guys to know, just to save you the questions, that that won’t be happening before that game.”

Since he wouldn’t name a starter, reporters asked him if one was leading the other—but Nagy didn’t fall for it. So, with no preseason to help us judge which quarterback is playing better, how do we pick one over the other?

According to reports, neither quarterback stood out over the other at the last scrimmage on Saturday. Both had their share of bad passes. Nagy wasn’t bothered by the two interceptions (including a pick-6) thrown by Trubisky.

Foles had a more up-and-down kind of day, but he did not throw any picks. He also appeared to be the better decision-maker of the two.

Both were asked how they thought they did during the scrimmage, but neither gave reporters any help figuring out the QB battle. Foles talked about just ‘being himself.’ Trubisky gave the kind of answer you would expect:

“All I can control is going out there, executing plays, and building relationships…No matter what happens, we’re all a part of the Chicago Bears.”

So, with nothing to go on, how should you bet?

All three quarterbacks combined will count $16.79 million toward the cap this year, so financial considerations will not factor into the decision. But what should be considered is what they gave up to acquire each.

The Bears came under fire for giving up so much to move up one slot. So, chances are they will not be too eager to admit that doing so was a mistake. Because of that, since there is no clear frontrunner, the Bears will go with Trubisky in Week One.

But don’t count on him remaining the starter for long if he struggles.