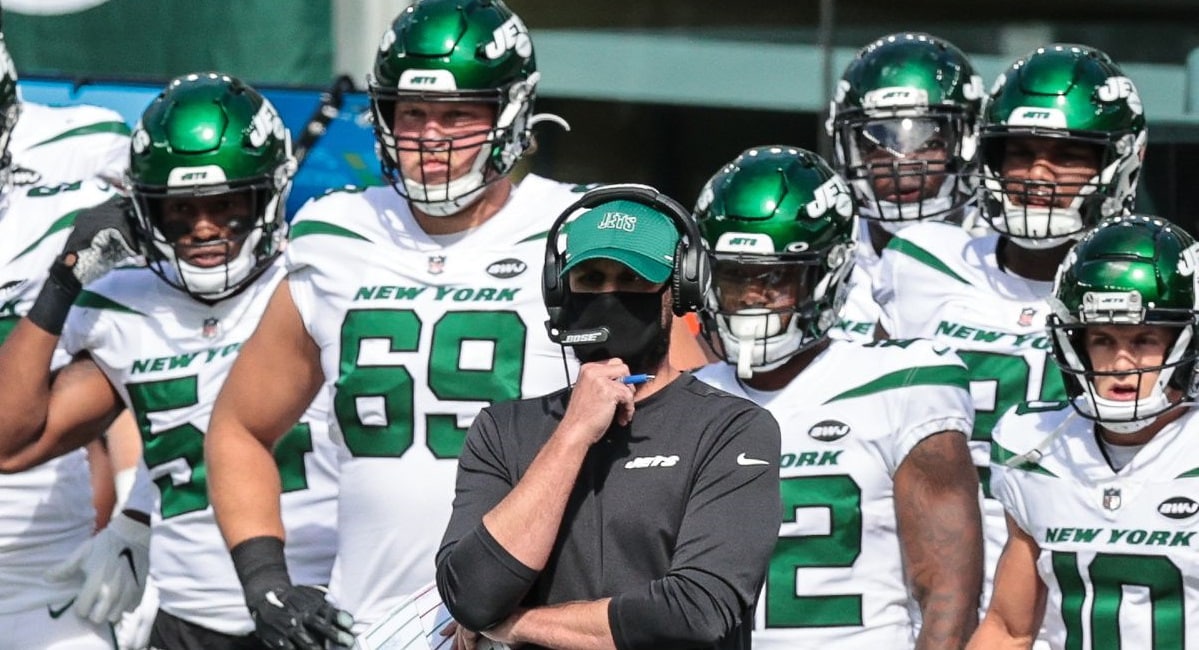 Odds On When Will The New York Jets Win Their First Game?

Expectations for the New York Jets were coming into the 2020 season were not high. While die-hard fans might have still held out hope coming into the season, realistic ones knew the most they could hope for was improvement.

But so far, they have seen precious little of that. Fans will, of course, still want to see one thing— a win. With how things have been going, it is not clear when the Jets will get that first elusive victory.

FanDuel has odds on when they think that win will happen:

Things are not encouraging on the defensive end, either. They have been easy to run and pass against and are giving up 29 points a game so far (they have only scored 30).

Based on what we have seen so far, there is little to no chance they beat the Cardinals, Bills, Chiefs, Patriots, Raiders, Seahawks, or Rams. They will probably not have much of a chance against the Browns either, but it is too soon to say how well Cleveland will play this season.

If the Chargers start Justin Herbert going forward, the Jets will lose that game. If Tyrod Taylor is behind center, the Jets will still probably lose, but it is less of a certainty.

They might have a chance against the Colts this week because of all the injuries Indianapolis has had. But if the Colts do like they did against Minnesota and feed Jonathan Taylor, the Jets will lose this one. If Taylor can force the Jets defense to focus on the run, Rivers might have an easier time in the passing game.

Both games against Miami are good candidates. The Dolphins have not been terrible, but they haven’t been good either. But will the Jets really go winless that long (Week 10 or 12)?

The only other game is their Week 4 contest against the Denver Broncos—who will be without their No. 1 wide receiver, starting quarterback, and Von Miller. But with Jeff Driskel at quarterback, the Broncos nearly completed a comeback against the Steelers last week.

The most likely possibilities are Week 4 (Broncos) or Weeks 10 or 12 (Dolphins). But with how the Jets have looked so far, it wouldn’t be shocking if they went winless (+1400 at BetMGM).