Oakland Raiders Futures Odds: Is There Value In Betting On The Raiders To Earn A Wild Card Spot

Oakland Raiders Futures Odds: Is There Value In Betting On The Raiders To Earn A Wild Card Spot

When the season has yet to begin, every team in the NFL technically has an equal shot at having a winning season. After all, everyone is 0-0 and looks great in practice. Of course, reality sets in relatively quick for some teams once the regular season starts. But for a few, like the Oakland Raiders, their fate already appears to be decided.

But after watching them play in their preseason game Thursday night against the Arizona Cardinals, it does not seem unreasonable to think they might be able to secure one of the AFC wild-card spots this season.

We haven’t seen much of the offense yet, of course. Derek Carr has not seen a lot of action, and neither has rookie running back Josh Jacobs. The success of the offense is going to hinge on just how well the two of them can play. The second-team offense has been decent, but it is not going to matter come Week One.

The defense, however, has looked great. If it can continue to look that good during the regular season, the offense will not have to do too much.

Now, they didn’t exactly play the Rams’  A’ team last week. Arizona played many of its starters, but little is expected of Kyler Murray, Kliff Kingsbury, and the Cardinals this season. So, dominating the Cardinals isn’t exactly a significant accomplishment.

If the defense can look like it has the last two weeks during the regular season, the Raiders are not going to be easy to beat. Will they be competitive enough to be worth betting on? Oddsmakers do not seem to think so.

Last year’s struggles and the level of competition in their division alone are likely why their odds to win a wild card slot are among the longest in the AFC (odds via DraftKings.com as of August 16th):

Either the Chargers or Chiefs are going to one of the wild card slots which leaves the Colts, Browns, Texans, Steelers, Ravens, and Jaguars to battle it out for the second one. Two of these teams are going to win their division, but that still leaves four really good teams that the Raiders will have to beat out.

However, at +850 to win a wild card slot, the potential payout is worth putting a little money down. 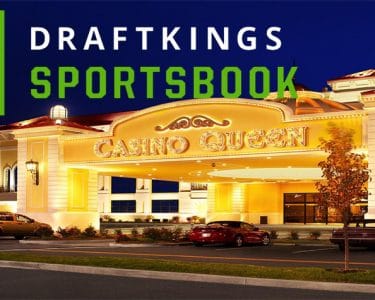