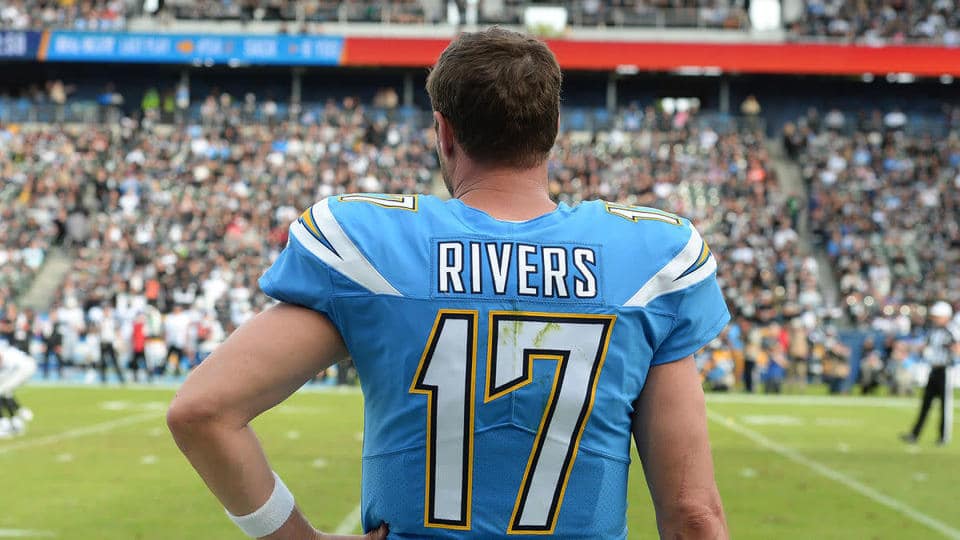 What Kind of Year Is Philip Rivers Going to Have With The Indianapolis Colts?

At the end of the regular season last year, it was clear that Philip Rivers was done with the Chargers. What was not clear, however, was whether his time in the NFL was done. At the tender age of 38, he was not exactly a spring chicken anymore, but he did throw for over 4600 yards last season. Every team wants a quarterback that can post numbers like that.

Can you trust that he is going to have a similar season next year? The Indianapolis Colts must be confident he will since they signed him in the offseason. But will they regret it, or will the Colts see their passing game come alive with Rivers at the helm?

If he can cover the over on his performance props at PointsBet.com, the team will likely be happy to have signed him:

If you use his career numbers as a barometer, the over is something he can easily cover for both yards and touchdowns. Rivers has thrown for 4300+ for the last five years and more than 26 touchdowns in four of the last five seasons.

So, could they take that route once again with Rivers behind center? Maybe. They could also decide to continue to focus on the run game since it worked so well last season. With rookie Jonathan Taylor joining Marlon Mack in the run game, the Colts could be hard to get off the field this season.

At the same time, since teams know the Colts are going to run the ball, they could stack the box this season and force them to throw more. Rivers should do a better job than Jacoby Brissett did in that respect, but he will have to overcome a serious problem—a lack of skill position guys.

T.Y. Hilton is a solid wide receiver, and tight end Jack Doyle is not bad. But other then those two, the Colts don’t have much. Zach Pascal doesn’t strike fear into the hearts of secondaries, and Trey Burton could be a good No. 2 tight end—but that’s it.

They did draft Michael Pittman Jr., but it is hard to tell how much a rookie receiver will be utilized until the season starts.

Rivers will give the Colts a much-needed passing game. But the Colts are likely going to lean more on their run game and defense to win games then Rivers and the passing. They will use him as needed, but look for them to rely more on the run—so take the under on both.