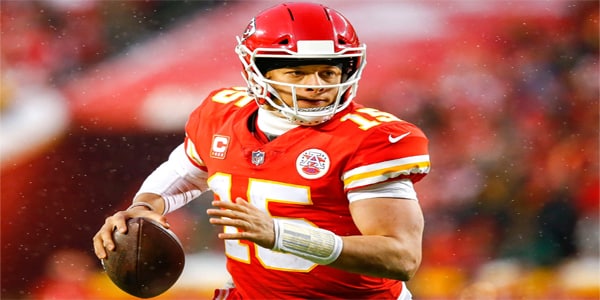 The NFL MVP market tends to be one of the more popular betting markets for NFL props/futures. It is always fun to try and figure out which player will be the best.

Brian Blessing may not have mentioned it in his video, but something for you to keep in mind as you watch this clip is that the last six winners of the award have been quarterbacks and Adrian Peterson is the only non-quarterback to win the award dating back to 2006.

The last non-quarterback or running back to win the award was linebacker Lawrence Taylor in 1986! Kicker, yes, a KICKER, named Mark Moseley won the award back in 1982. He was 20-of-21 on field goals during the nine-game season.

In that same breath, Brian is on the search for some long shots with the MVP. The usual suspects, Patrick Mahomes, Lamar Jackson, Tom Brady, Aaron Rodgers, Deshaun Watson are all up among the favorites, but Brian has his eyes on a much bigger prize.

Find out who by watching this video!

Who do you like for the NFL MVP? Post your thoughts in the comments of our YouTube section for Brian’s video. Also, be sure to subscribe to the ATS YouTube Channel, which will include some videos of “Highlighted Games and Topics” from our new podcast, ATS.io Radio, and a whole lot more.

NFL Coach of the Year Betting Odds – Who Will Win?