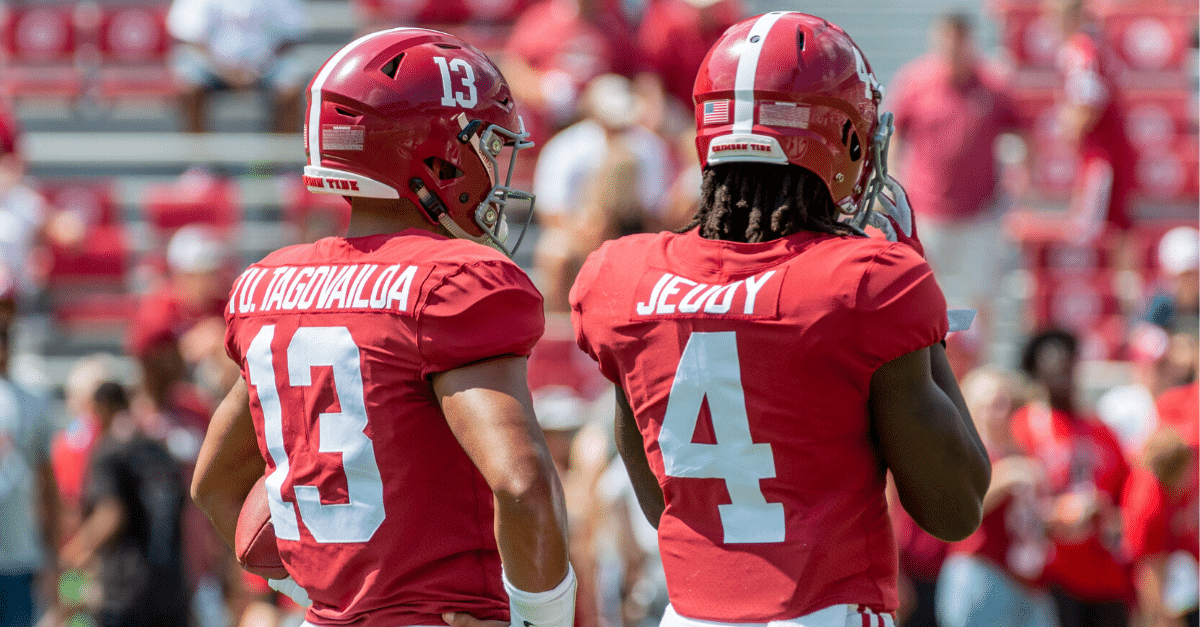 Alabama has had at least one first-round pick for most of Nick Saban’s tenure and usually has multiple. Last year they had four. This year, many believe they could break the record set by Miami back in 2004 (six).

If the Crimson Tide is going to cover the over, they will have to match that mark (over/under set at 5.5 at DraftKings)— and many experts think they will. But experts are not always right. Are they this time?

Tua Tagovailoa, Jedrick Willis Jr., Jerry Jeudy, and Henry Ruggs III are as close as it comes to being a lock in the first round (unless your name is Joe Burrow, of course). Xavier McKinney will more than likely go in the first round as well. To cover the over, though, they will need another.

According to some experts, that all-important sixth player is going to be Trevon Diggs. However, if he does go in the first, it will not be until late in the round. Saying someone has the potential to go late in the first is just like saying he will likely go in early in the second.

The SEC has sent more players to the NFL via the draft every year for over a decade. Last year they led the college football ranks with nine players drafted in the first round. The ACC and Big Ten came in a close second with seven each.

So, recent history is on their side. If you look at the over/under odds set by FanDuel, the SEC could have more first-rounders than every other conference combined:

Total SEC players drafted in the first round:

Okay—so, how should you bet? Will the SEC win first-round again?

Let’s tally up the guys we can expect to go in the first from SEC schools. Alabama is going to have anywhere from 4-6, and LSU is going to have 3-7 (Joe Burrow, see K’Lavon Chaisson, Justin Jefferson; maybe Grant Delpit, Lloyd Cushenberry, Patrick Queen, and Kristian Fulton).

Georgia will chip in at least one but maybe two (Andrew Thomas and D’Andre Swift). Auburn (Derrick Brown), South Carolina (Javon Kinlaw), and Florida (CJ Henderson) are also expected to have at least one.

By those estimates, the SEC will see anywhere from 11-17 players drafted in the first. At the most, the Big Ten will have six, the Big 12 just four, the Pac-12 only two, and the ACC could top out at four. So, this one could be easy money.

Other Over Under total Players drafted by conference at Fanduel