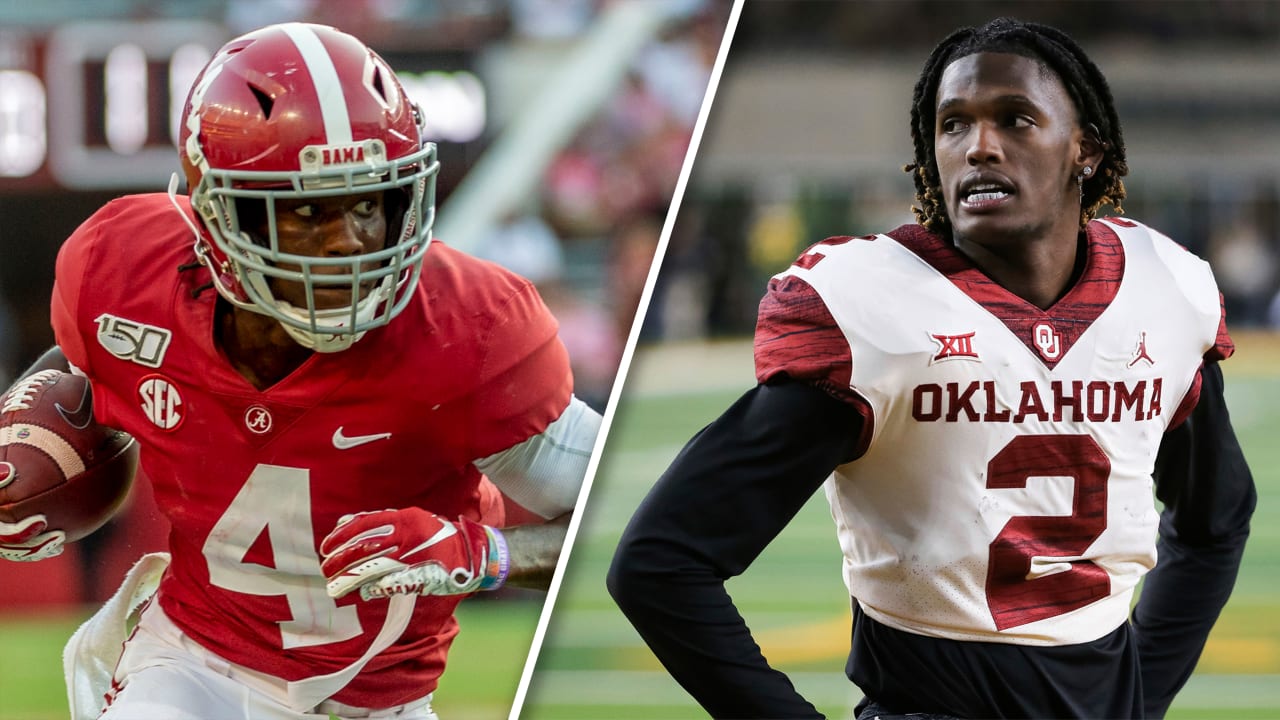 It seems like an easy question to answer this year. If anyone other than Joe Burrow is drafted first overall, it will be shocking. But the question becomes a little harder to answer when asked in reference to two players (depending on the two, of course).

If you were to say between Joe Burrow and any other quarterback, the answer is still simple. The same could be assumed if it is between Chase Young and any other defensive lineman/edge rusher. But what about Jake Fromm and Jalen Hurts? Or Jerry Jeudy and CeeDee Lamb?

The question becomes an interesting debate depending on the match-up (odds via PointsBet.com):

Fromm has been a highly touted quarterback ever since he got the starting job at Georgia. While he has shown a lot of talent and promise in college, he had quite a few lackluster games last year. They have to be leaving talent evaluators wondering how much better he can get.

Hurts is the kind of quarterback threatening to take over the NFL—a mobile, accurate passer that can kill you with his arm and legs. In an offense that lets him do what he does best, he could be great.

Both are going to be taken on Day Two of the draft. Someone in need of a quarterback to start this season that doesn’t take one in the first will go after one of these two. It should be Hurts, but it would not be shocking if it were Fromm.

While they are two of the better running backs in the draft, the problem both will face is the belief many teams now hold about running backs. Good ones can be had in the later rounds. Neither is likely going to go in the first round. However, it would not be shocking to see both go in the second.

But look for Swift to go first.

Both are good running backs, but Swift is more like the kind of running back more teams want these days—someone who is deadly in the run game but as good if not better in the passing game (i.e., Christian McCaffrey, Alvin Kamara, Melvin Gordon, etc.).

Taylor is more of the ground and pound type. While we may see more teams give that a try after watching the Titans and Derrick Henry have so much success with it in the playoffs, more will be looking for someone like Swift.

This is a tough call. Both were fantastic in college for two seasons. They are relatively the same weight and height and ran excellent 40’s at the Combine. Every expert has them ranked No. 1 and 2 amongst receivers in the draft. Who is No. 1 and who is No. 2 depends on who you read.

Jeudy may be the safer bet, having played his career against better defenses in the SEC. A lot of mocks have him going ahead of Lamb, but many also have Lamb going first. This one could easily go either way.

Both are excellent receivers that have a huge catch radius. Higgins is the taller of the two (6’4”) and will be a great red-zone target able to outjump most (if not every) defensive back he faces. Jefferson is the better route runner and has a talent for finding holes in coverage.

The two are part of a deep receiver class, which is why they will go sometime during Day Two of the Draft. Where may depend on who is picking first that still needs a receiver. Many experts are taking Jefferson first, but there is certainly value in putting your money on Higgins.

NFL Draft Odds: In Which Round Will Jalen Hurts Be Drafted?