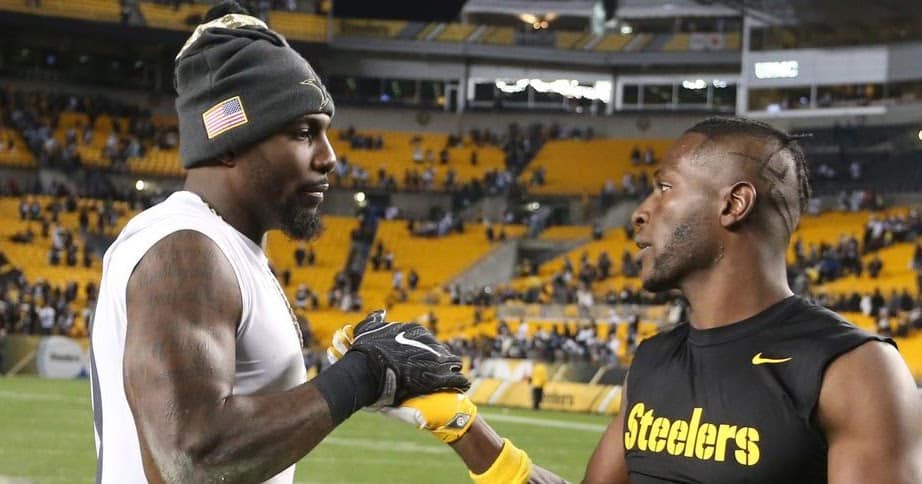 It was only a matter of time before Tua Tagovailoa ascended to the starting quarterback role in Miami. Antonio Brown will be active for the Buccaneers in Week Nine. Dez Bryant, assuming he can get back up to speed quickly after not playing for so long, could be taking the field for the Ravens soon.

So—ready to bet on them? A few sportsbooks are offering various prop bets related to Dez Bryant, Antonio Brown, and Tua Tagovailoa. BetMGM has a few associated with Antonio Brown and his potential with the Tampa Bay Buccaneers. BetRivers.com has one about Brown and Dez Bryant:

Assuming Brown does not get in any more trouble, he should have ample opportunity to record at least one touchdown this season. There is a chance he could get suspended again. But with the NFL, there is no telling if or when that might happen.

However, it is a little harder to say whether Dez Bryant will. He has been away from the game for a long time. Baltimore is not much of a passing team, either. Through Week Seven, they rank 31st in passing with just 177.8 yards/game.

As for scoring, they only have ten touchdowns in the passing game so far.

They do not have much to brag about in the wide receiver department, so if Bryant can get up to speed with the playbook quickly, he will probably get on the field sooner rather than later. Since they are signing him, you have to think they will try to get him the ball.

So, theoretically, the opportunity will be there for him. Then again, the Ravens are a run-first, defensive team that has only lost one game. If it isn’t broke, why try to fix it?

BetRivers.com also has a great one for Miami’s new starting quarterback, Tua Tagovailoa:

It would be easier to predict this one if we had seen face an NFL defense or two during the preseason, but we did not. The Rams defense has only allowed eight passing touchdowns this season.

If just getting one has been a challenge for most NFL quarterbacks, it will likely be a considerable challenge for a rookie making his first start. However, the Dolphins are going to want to see what he can do—which could mean more passing attempts.

That does not mean he is going to throw his first touchdown pass against one of the better secondaries in the NFL.

Antonio Brown is probably good for at least one touchdown this season, but the same cannot be said for Dez Bryant. He might not ever see the field. Pass on this one. As or the Tua prop, according to the odds, he has an 80 percent chance of throwing his first touchdown pass against the Rams. But don’t count on it and certainly don’t bet on it.