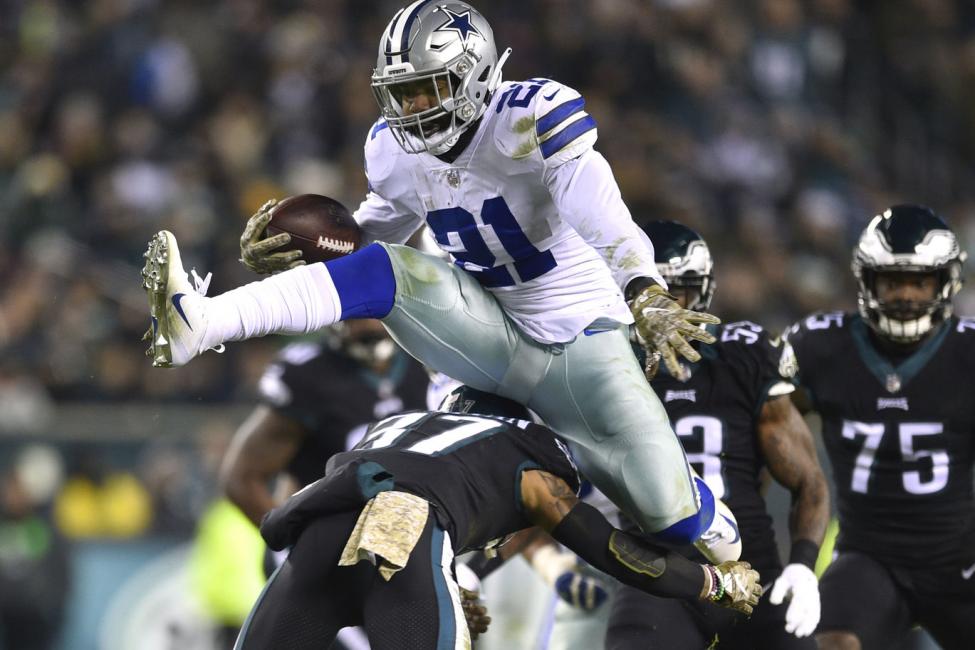 Ezekiel Elliot has won two of the last three rushing titles. Had he not been suspended for six games, he would have probably won a third. While his offensive line is not as good as it was his rookie season, it is still good enough to help him win a fourth title this season.

When the season kicked off last week, he was favored to do just that. But due to his holdout, he didn’t get a full workload in Week One (13 carries, 53 yards). So, he is going to have some work to do in the weeks ahead.

But with how productive other guys were in Week One, Elliot is no longer favored to lead the league in rushing this season (odds via 888sport.com as of September 13):

So—which guys have value? Who has a shot at being the next rushing champion of the NFL?

Don’t count on Saquon Barkley to maintain a high enough level of production in the run game to lead the league. Neither will Todd Gurley due to his knee issues. While Christian McCaffrey looked like he may be a good bet in Week One, he didn’t look like one against the Buccaneers in Week Two.

The Titans offense is too unpredictable for Derrick Henry to be a serious candidate. But Elliot’s odds are not going to be any longer than they are now—so put your money down before they get shorter.

Other than Elliot, Marlon Mack has the most value. The Colts will probably lean on the run game more this season to try and help Jacoby Brissett out as much as possible. With the offensive line the Colts have and enough carries, Mack could get the job done.