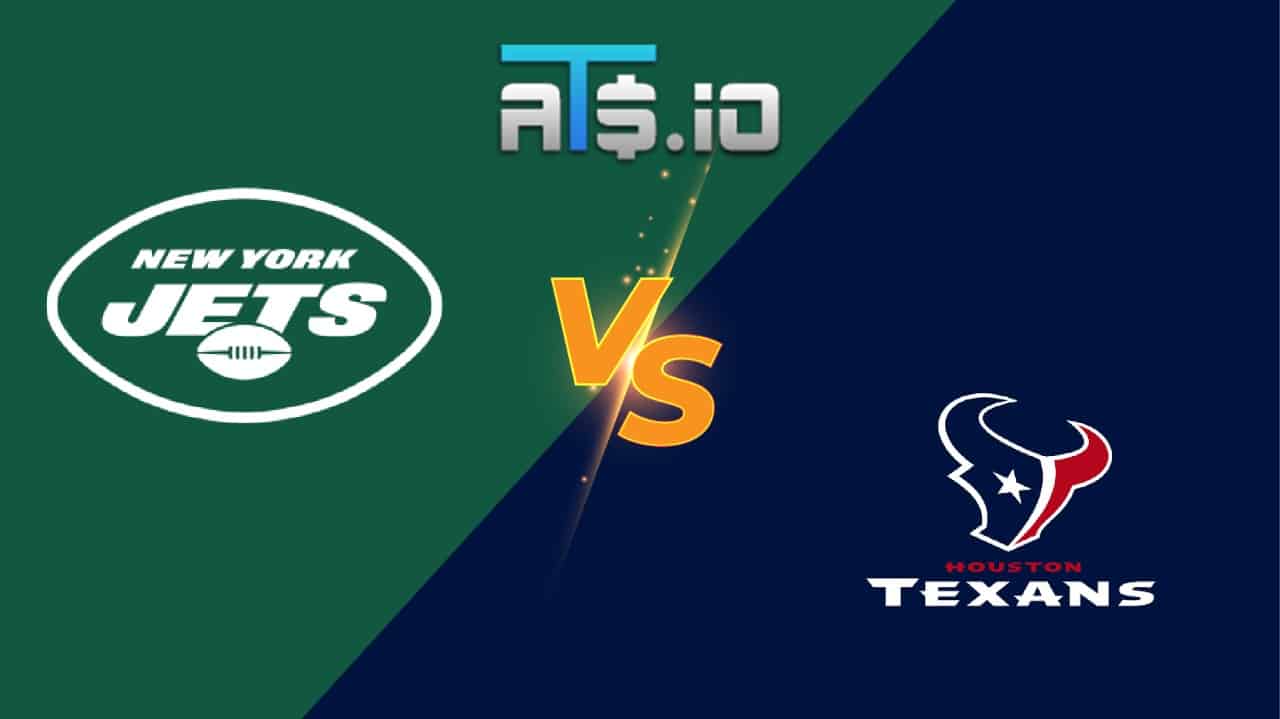 It hasn’t been the best season for either the Houston Texans or the New York Jets. But both teams will encounter a winnable game this week when they face off against one another in Houston. In our NFL picks for this week, we take a look at Jets vs Texans and make sense of a game where both teams are difficult to justify backing in the betting markets.

New bettors at BetMGM Sportsbook can wager on either team to win this Jets vs Texans game, with a $10 bet paying out $200 as long as they score a TD.

New players at BetMGM can take advantage of a new player promo that is available for this Jets vs Texans game. All bettors have to do to utilize the offer is bet $10 on either team to win on the moneyline in this Jets vs Texans matchup. If that team scores a touchdown at any point in the game, BetMGM will pay out $200, even if the original $10 moneyline bet doesn’t win.

Why Bet The Jets vs Texans Under:

✅ The Jets have taken a step back offensively once again since going from Mike White to Joe Flacco last week. It’s possible that Zach Wilson returns to start for the Jets this week, which will not facilitate any offensive improvement, as Wilson was abysmal at quarterback before getting injured earlier in the season.

✅ Houston has been far from an offensive powerhouse as well, failing to score 25 points in a game since the first week of the season against the Jaguars. While the Jets have struggled on defense this season, the Texans’ anemic offense isn’t enough to make the most of that, which will keep scoring low here.

✅ Houston has seen six of its 10 games go under the total so far this season, which is impressive given how low the totals for their games have been for most of the year. Even with Tyrod Taylor at quarterback again, the Texans are dead last in the NFL in yards per play gained, and they will continue to struggle in this game.

The New York Jets fell to the Miami Dolphins last week, losing by a touchdown at home against their division rivals. That was the third straight loss for the Jets, who are now at 2-8 on the season and still in contention for a top-three pick in this year’s NFL Draft. This week, the Jets will look to pick up their first road win of the season, as they have won twice at home only on the year.

Ahead of this game, there are questions as to who will play quarterback for the Jets. Zach Wilson is said to be a potential starter this week, as he looks to come back from the injury that has sidelined him since the Jets’ loss to the Patriots. Whether or not the return of Wilson would be a good thing is another conversation entirely.

Houston got its second win of the season last week by beating the Tennessee Titans, as they locked down a Titans team that had won six straight going into last week’s games. This week, the Texans have another chance to add a win to their total on the season, as they face a Jets team that has been abominable on the road this year. If that is going to happen, the Texans will need to put forth another defensive gem.

Against the Titans, Houston knew that they were going to have to defend the pass given that Derrick Henry was out for Tennessee. The Jets have a far less predictable identity, as they aren’t good at either phase of offense in the NFL. That lack of predictability could be a negative for the Texans this week, even if they are playing a lesser opponent.