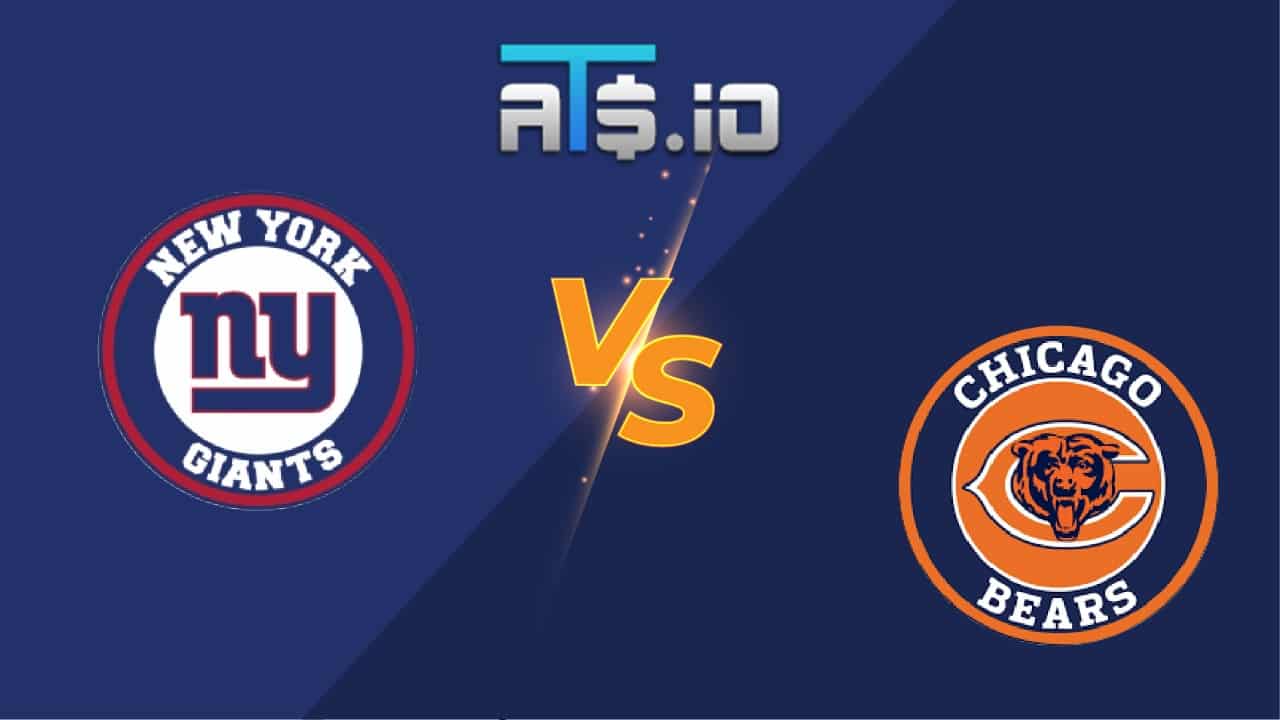 The New York Giants and Chicago Bears are nowhere near the playoff conversation in the NFC, as both teams have been abysmal offensively all year. But no game is meaningless when football betting is involved, as there is still plenty of opportunity to find value betting on this contest. In our NFL betting picks for this week, we look at Giants vs Bears and try to salvage a best bet out of an ugly matchup.

New bettors at BetMGM Sportsbook can wager on either team to win this Giants vs Bears matchup, with a $10 bet paying out $200 as long as they score a TD.

There may not be many touchdowns scored in this Giants vs Bears game, but BetMGM’s new player promo will reward bettors handsomely if there is a touchdown in this game. To use this offer from BetMGM, bettors have to wager $10 on either side to win this game on the moneyline. If the team they bet on scores a touchdown in the game, BetMGM will pay out $200 in free bets for a 20/1 payout.

Why Bet The Giants vs Bears Under:

✅ It is also worth mentioning that the Giants’ offense has been worse lately with Mike Glennon and Jake Fromm taking over at quarterback in the place of the injured Daniel Jones. The Giants are scoring 12.3 points per game over their last three games, as they have somehow regressed without Daniel Jones in the picture.

The New York Giants lost their fourth straight game in their last time out, getting blown out in the second half in a loss to the Philadelphia Eagles. The Giants gave up scores to offensive linemen, defenders, and some offensive players from the Eagles as well in the losing effort. Here, the Giants should expect an easier afternoon on defense, but one has to wonder if their offense can produce enough for it to matter.

Mike Glennon and Jake Fromm are both in the running to start this game at quarterback, though Fromm is expected to start again this week. While this can be chalked up to the Giants wanting to see what they have in Fromm, it certainly doesn’t lend itself to playing winning football right now.

The Chicago Bears scored a dramatic win in the snow in Seattle last week. They beat the Seattle Seahawks by one point, succeeding on a two-point conversion after scoring a touchdown with under two minutes to go. Now, the Bears will look for a second straight win against a reeling Giants team.

The big story for the Bears was the decision to start Nick Foles at quarterback last week, rather than rookie quarterback Justin Fields. Fields had been dealing with an ankle injury, prompting the move to go with Foles. Now the question will be whether or not Foles will continue to play, or if Fields will be allowed back on the field if he is healthy enough to go.