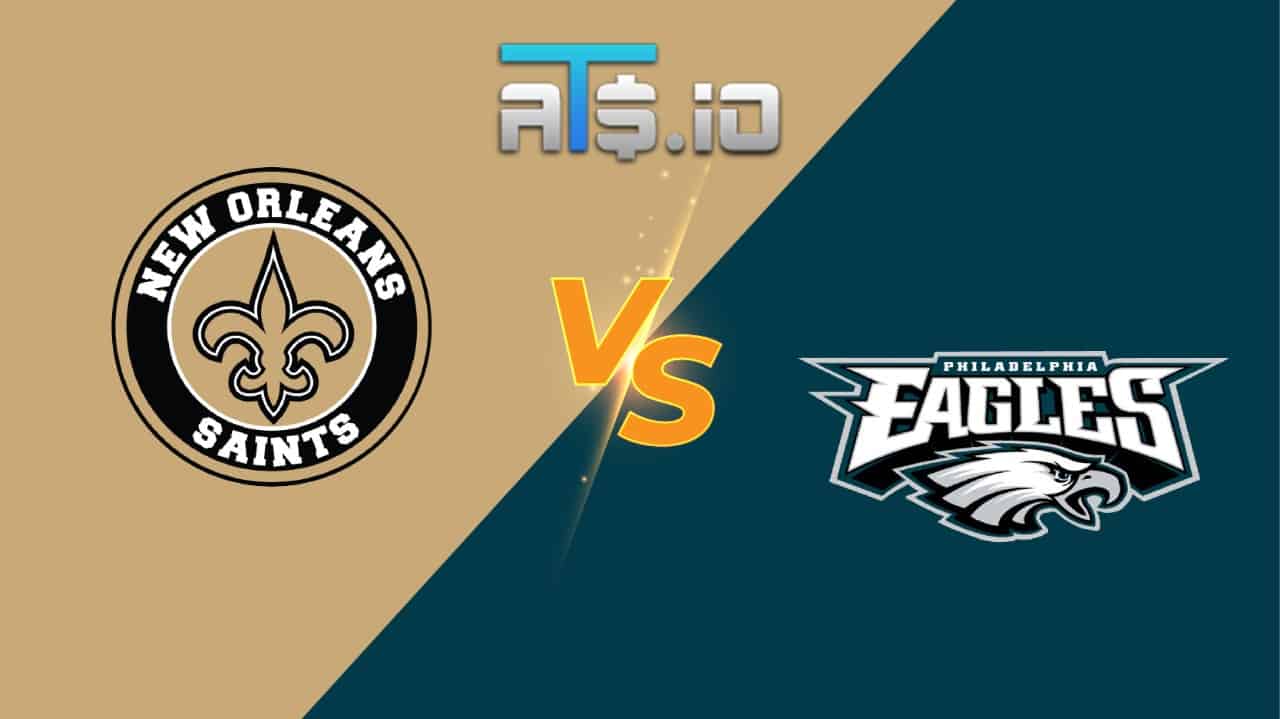 The Philadelphia Eagles and New Orleans Saints are both looking up at division rivals in the standings heading into Week 11. But both teams are still alive in the chase for a Wild Card spot, despite less than optimal quarterback situations. This week, they face off in Philadelphia, and our NFL picks for this week will include our top play from this Saints vs Eagles contest.

DraftKings is offering 100/1 odds on a point to be scored this game. Bet $1 on either team to win Saints vs Eagles and win $100 if either team scores. Click Here Now

Bettors can place their first bet at DraftKings Sportsbook on this Saints vs Eagles game, with a $1 bet yielding $100 in free bets. To use this promotion, all bettors have to do is wager a dollar on either team to win this game. If a single point is scored during the game, DraftKings will pay out $100 no matter what the result of the game is.

✅ The New Orleans Saints have struggled offensively in both of Trevor Seimian’s starts after the Jameis Winston injury. They took a bad loss to the Atlanta Falcons in Seimian’s first start, before falling to the Tennessee Titans in Week 10. They will drop a third straight game here against the Philadelphia Eagles.

✅ Philly got the better of another struggling offense last week, beating up on the Denver Broncos. The Eagles are who they are at this point: a team that can beat bad teams and has very little chance of success against teams that are better than they are. With Seimian at quarterback, the Saints are closer to a bad team than a good one.

✅ Even with Jameis Winston playing for the majority of this season for the Saints, the Eagles are averaging over a half yard per play more than the Saints this season. Philadelphia is by no means an elite offensive team, but they are better than the Saints at moving the football and will take advantage of that fact here.

Last week, the New Orleans Saints fell just short against the Tennessee Titans on the road. They lost by two points, failing on a late two-point conversion attempt that would have tied the game deep into the fourth quarter. Since Jameis Winston went down with a season-ending injury, the Saints have lost both of Trevor Seimian’s starts, and will look for their first win with him as their starter this week.

For the Saints, defense is going to be what determines their success for the rest of the season. They know that they won’t be able to count on too much offensive firepower with Seimian at quarterback, but getting stops can keep them competitive. Against an inconsistent Philadelphia offense, the Saints’ defense could shine and keep the Saints afloat.

The Philadelphia Eagles crushed the Denver Broncos last week, scoring on offense and defense en route to a 17-point victory at Mile High. Philadelphia moved to 4-6 with that win over the Broncos. And if they can pick up a win over a Saints team missing its starting quarterback, their season could take a dramatic turn in the right direction.