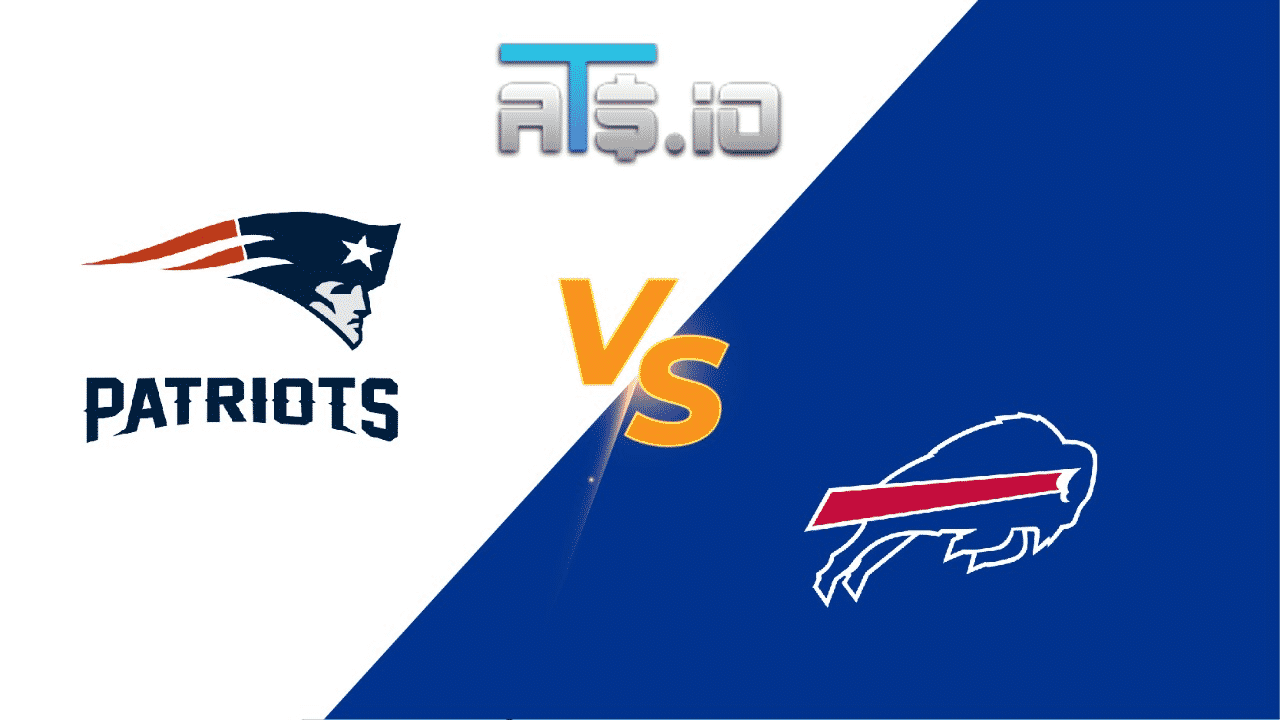 One of the NFL playoff games set to take place on Wild Card Saturday is a division rivalry game between the New England Patriots and Buffalo Bills. The Bills clinched the AFC East with a win over the Jets in Week 18, giving them home field for the third matchup between these teams. In our NFL betting picks for Wild Card weekend, we preview Patriots vs Bills ahead of this AFC East rubber match.

New players at DraftKings Sportsbook can take advantage of the site’s new player promo for this huge clash between the Patriots and Bills. To do so, bettors can put $5 on either team to win Patriots vs Bills. If that bet is a winner, DraftKings will pay out $280 in free bets, for a solid 56/1 payout on this massive matchup.

✅ The Buffalo Bills are understandably favored in this game against the New England Patriots, but the coaching mismatch in this game will play a major role. Expect Bill Belichick to concoct a game plan to take Stefon Diggs out of the game, forcing Josh Allen to go to options he isn’t quite as comfortable with in order to beat them.

✅ The Bills’ strength on defense is its pass defense, while the Patriots’ strength on offense is their running game. New England will look to hide Mac Jones in this game and should have success running the ball and minimizing the number of possessions that the Bills have to work with in this contest.

✅ New England has been elite on the road this season, winning six of their eight road games on the year. Their road win against the Bills earlier this season was aided by extremely high winds, but the Patriots should be able to deal with the Bills’ regular offense now that they have seen it and can adjust to it.

The New England Patriots lost to the Miami Dolphins to close out the regular season, dropping them down to the sixth seed in the AFC. Their reward for dropping from fifth to sixth is having to go to Buffalo instead of Cincinnati for the first round of the playoffs. That might not be the worst thing in the world for Patriots, as they already beat the Bills in Orchard Park earlier in the season.

This game will be vastly different stylistically than the game played by the Patriots and Bills in Orchard Park during the regular season. High winds changed the game plan of both teams to virtually eliminate the passing game entirely. In this game, New England will need to need to lean on a defense that is second in the NFL in yards per pass attempt to slow down Josh Allen and company in more pass-friendly conditions.

Buffalo clinched the AFC East title in Week 18 when they beat the New York Jets by 17 points. That game was close deep into the second half, with the Bills scoring two fourth quarter touchdowns to put the game away. Now Buffalo will look to exorcise their demons against the Patriots in a game they will be expected to win.

If Buffalo wants to do that, they are going to need to get at least something from their running game. New England’s run defense ranks in the bottom-10 in the NFL in yards per carry allowed, and second in yards per pass attempt allowed. The Patriots’ defense is built to slow down the Bills, and Buffalo will need to find a way to get around that.