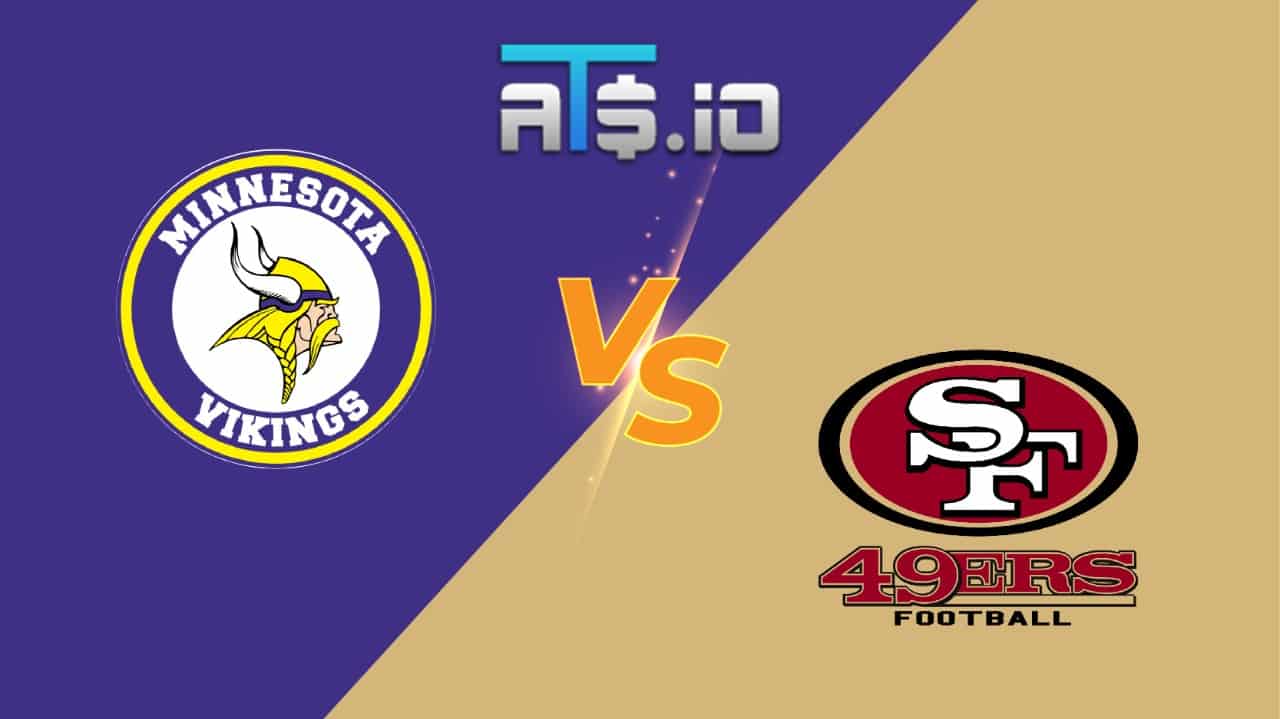 This NFC matchup is wildly important in terms of the Wild Card playoff race. Both teams are significantly behind in their respective divisions. It is probably unrealistic to give either a shot at their division title at this juncture. However, if the playoffs started today, both would be in as a Wild Card. The 5-5 record from both teams essentially has every week as a do or die scenario. There are three teams just a half game back and another two just one game back. There is a lean in this game between two teams getting hotter at the right time.

Caesar’s sportsbook continues to lead the pack as the industry leader in promotion offers for new customers signing up. This most recent banger of an offer is a match bet of up to $1001. Whether your first bet on Vikings vs 49ers wins or loses, they will credit you with free bets in the same amount wagered, up to $1001.

Why Bet The Vikings

✅ The 49ers have played a pair of good games, but have been a team that mostly preyed on the week. Three of their wins have come against the lowly Lions, Jaguars and Bears. They have a win against the Eagles, but that was early in the season and a matchup with the Eagles would be totally different now. Their one impressive showing was a convincing beating of the Rams. That was the exception, as the 49ers are just 1-4 against teams .500 or better.

✅ The Vikings are a 5-5 team that could truly be so much better by record. We know the creative ways they have found to lose games. That however ignores that they have played a very difficult strength of schedule thus far. Additionally, they have been competitive in every single game. Consider their losses. Their five losses have come by 3, 1, 7, 4 and 3 points. Also consider this: every team they have lost to currently has a winning record. Four of which are currently playoff teams.

Vikings Roll On The Road

✅ The Vikings opened their season with a three point loss in Cincinnati. They followed that up with a one point loss in Arizona. Since then, they have played three road games and won each two. The win in Carolina can hardly be deemed impressive, but that’s not the case with the other two. They played extremely tough in Baltimore, losing by a field goal. They then went on to beat the Chargers in LA. They followed that up with a home win against the Packers.

✅ The Vikings are getting 3.5 points in this matchup, and that may as well be a couple dozen. The Vikings always play close games. The only game decided by more than a single score was a Week 3 win against Seattle. I do think the Vikings win, but in the case they don’t, it is safe to assume they lost a nail biter and the team getting the 3.5 is the correct side to be on.