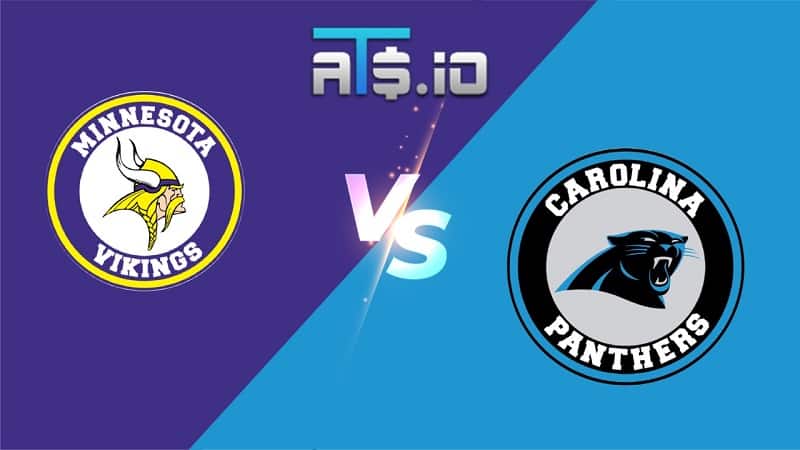 Vikings vs Panthers is a game that could see plenty of defense played, if the recent history of both teams is to be believed. These sides were both involved in low scoring games last week, and will look to hold their opponents in check for this matchup as well. In our NFL predictions this week, we focus on the Vikings and Panthers as they get set to play a game that carries plenty of consequences for both teams in the NFC.

New players at Caesars Sportsbook can sign up for the site and use its risk-free bet offer for Vikings vs Panthers. To do this, bettors can sign up and make their first deposit at Caesars, then place their first bet on this game. If that bet wins, bettors keep their profits. If it loses, bettors are reimbursed for the amount they risked with a max refund amount of $5,000.

✅ Both of these offenses are struggling without their starting running backs being at 100% as of late. That favors the Panthers, who have been vastly better on defense this season, allowing over a yard less per play than their opponents in this game. The Panthers are one of two teams this year allowing under 5.0 yards per play.

✅ This is the first road game for the Vikings since Week 2 of the NFL season. So far this year, the Vikings have lost both of the road games they have played, dropping contests to the Cincinnati Bengals and the Arizona Cardinals. Here, they will make it 0-3 away from US Bank Stadium.

The Minnesota Vikings nearly lost at home to the Detroit Lions last week, blowing a 16-6 fourth quarter lead before recovering to kick a game-winning field goal. Over the last two weeks, the Vikings have struggled mightily on offense, scoring just 26 points over their last two games. This week, they face a much tougher opponent in Carolina, who has the kind of defense that could slow the Vikings down once again.

Avoiding turnovers will be key for the Vikings if they want to win this Vikings vs Panthers contest. Minnesota gained nearly 100 more yards than the Lions last week, but failed to capitalize on that disparity thanks in part to two turnovers. Carolina has made teams pay for their turnovers previously this year, and will likely do so again if the Vikings cough the ball up.

Carolina blew a great chance to move to 4-1 on the season last week against the Philadelphia Eagles. Holding a 15-3 lead late in the first half, the Panthers scored just three points for the rest of the game, allowing the Eagles to come back and win. This week, the Panthers look to recover from that loss and perform better on offense to make sure that happens.

The Panthers averaged under four yards per play last week, and had just over 150 passing yards as a team against Philadelphia. While the defense for the Panthers has been incredible, their offense has left a lot to be desired. With Christian McCaffrey being questionable for this game, the question is whether or not Sam Darnold can do enough to propel Carolina to another win regardless of the status of their star running back.